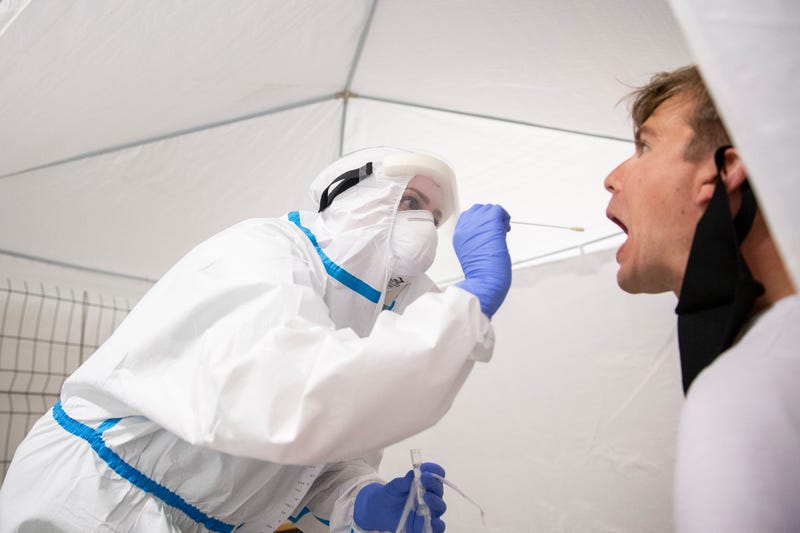 A CNN story earlier this week alluded to a sudden change in federal guidelines on coronavirus testing as a result of pressure from the upper ranks of the Trump administration.

CDC Director Dr. Robert Redfield said to CNN Wednesday that changes to the testing guidelines were made after "updated recommendations" from the White House coronavirus task force.

It's a shift that has perplexed some doctors as the US Centers for Disease Control and Prevention say some people without symptoms may not need to be tested, even if they've been in close contact with someone known to have the virus.  In a statement, the Department of Health and Human Services has said the focus was to do more "appropriate" testing, not "less" testing.

The CDC, changing its Covid-19 testing guidelines, no longer recommends testing for most people without symptoms, even if they've been in close contact with someone known to have the virus. Many doctors are puzzled by the agency's change. https://t.co/UtWuq6BMM0

Previously, the CDC said viral testing was appropriate for people with recent or suspected exposure, even if they were asymptomatic.

Dr. David Hilden of Hennepin Healthcare is one of the doctors questioning the logic behind these changes.

Speaking to Dave Lee on the WCCO Morning News, Hilden says, "I'm a little bit bewildered by that one and that's what we're thinking about in the hospital a lot because we need to be doing more testing. We haven't varied from that recommendation for months."

Hilden says more testing is key to controlling the spread of coronavirus, and any slowing down of testing is a problem for health providers.

"More testing always should be part of our strategy. So I'm bewildered about the CDC guidance, and I have to say, I'm just flummoxed as to why they might be doing that."

Hilden speculates that supplies could be part of the problem on a national level.  "The one reason for their change in recommendation, I guess, would be to conserve supplies. But I would say in a in a wealthy nation like ours, we should be beyond conserving supplies. What we ought to be doing is testing everybody that has even any kind of contact with a case. What we intend to do in Minnesota is continuing our strategy, and that is to test as many people as we can by whatever means we can and try to isolate those people. And that should still be the strategy. And I believe that's what the minister of the Department of Health is recommending. That is certainly what we're going to keep doing at Hennepin and and the other hospitals that I know. We'll just continue to test."

A new saliva test is being rolled out in Minnesota in the next few weeks which will greatly increase our capacity for testing, something Hilden says is crucial.

"We even have some new tests coming down the pike, not just the nasal swab kind, but there's new saliva tests that are are promising. So our capacity for testing should only increase. So I'm just not exactly sure about the CDC guidelines. I'm sort of sort of taking a pause on that.  We're just going to continue doing what we what we have been doing."