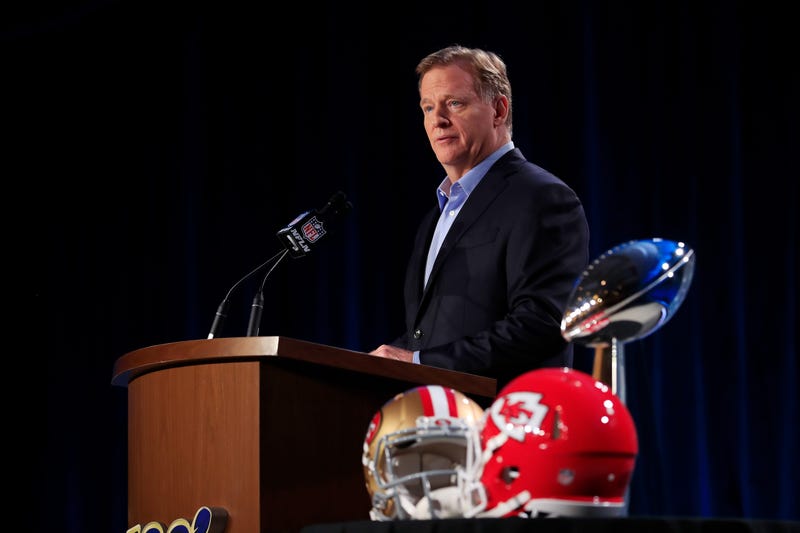 Though the league requires teams to interview minority candidates, only two African-Americans have been hired for 19 open head coaching spots over the past three years.

The league has only two minority general managers among the 32 teams.

Goodell said it’s clear the league needs to do something different, and that there’s no reason to expect a different outcome next year without changes.

NFL Commissioner Roger Goodell said the NFL’s main goal regarding the case involving receiver Antonio Brown is to help him be successful in life.

He did not offer any updates on where the investigation stands regarding the troubled receiver, who was released by the Patriots this season when allegations of sex abuse surfaced.

Brown’s return to the league is contingent on his being cleared to play again by the NFL.

NFL Commissioner Roger Goodell pushed back on the assumption that the NFL would be more dangerous for players if a 17th regular-season game is added to the schedule.

He said technology and rules changes are making the game less dangerous, but also said the future of the league’s schedule must be negotiated with the players' union.

Commissioner Roger Goodell is about to take questions at his annual pre-Super Bowl news conference.

Some of the topics expected to come up include the NFL's minority hiring program, the new pass-interference review rule that caused confusion this season and the possibility of adding a 17th regular-season game.

TV ratings rose by 5 percent for the second straight season, and the focus this year was more on the games than the off-field troubles that had hammered the league in recent seasons.

Still, there are issues.

Among them are player safety in an era of increased awareness about concussions, and the fact that Colin Kaepernick remains without a job.

Also lurking are the league's negotiations with the players union on a collective-bargaining agreement that expires after next season. But the sides are thought to be closer now than the previous time they reached this point, back in 2010.