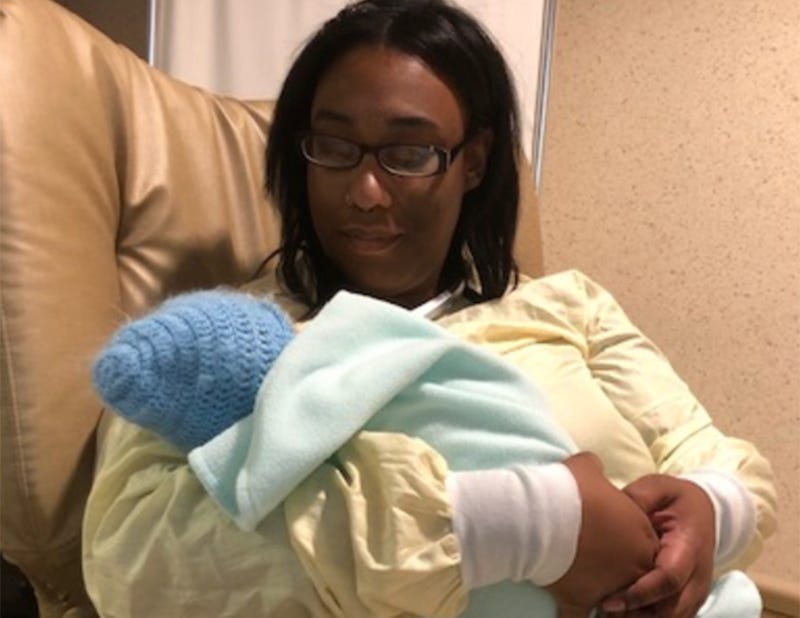 This is part one in a three part series on the impact of the opioid crisis in Minnesota.

If you want to understand the human toll of the opioid epidemic in Minnesota, you could start by turning to statistics.

You wouldn't have to look back that far: just last Friday, the Minnesota Bureau of Criminal Apprehension reported that there have been 175 overdoses in the past two weeks in the state, including 17 deaths. The deaths resulted from several drugs including, heroin, synthetic marijuana, meth, oxycodone, cocaine and fentanyl.

And while an upsurge in meth use has garnered recent media coverage, the opioid crisis has not slowed down. The number of drugs sent to the BCA forensic science services that contain opioids such as fentayl is up 78 percent from this time last year.

But there is another, more personal way to understand the pain the crisis is causing: just  stand in the Neo Natal Intensive Care unit at Hennepin County Medical Center and listen to the sound of addicted babies crying.

The center is on pace to treat more than 800 babies this year who were born to mothers addicted to opiods. The babies' cries are a constant reminder that addicts are from not the only victims of this growing health crisis. The infants go through the same withdrawal symptoms as adults, only it is much harder for them.

"There can be diarrhea, increase in temperatures, and secretions from the eyes, as well as an inability to latch onto a nipple, so there is weight loss," said Dr Gavin Bart, the head of the Addiction Medicine division at Hennepin Health Care.

The grim soundtrack can be difficult for those work in the Neo Natal Intensive Care unit.

"It's heartbreaking to see someone so little be in so much pain and you can't do anything about it," said Dominique Rodriguez, who works at the hospital and volunteers in the unit.

But Rodriguez is doing something about it—in fact, she's on the front lines of a new and innovative treatment method that has proven effective at both soothing the infants' discomfort while also speeding their recovery.

While the hospital used to rely on medication to sooth the babies, doctors have found that a different, more traditional approach has been more effective.

"Hugs, not drugs", said Laura Gary, the nurse manager for pediatrics in the ICU. "We changed our model to this eat, sleep and console method, where we focus on non pharmacological interventions, and keeping mom and baby together, and focus on snuggles and hugs and skin to skin breastfeeding."

Working with the University of Minnesota, the medical staff at Hennepin health care found that holding babies who are withdrawing can shorten the time in ICU, helping the babies heal more quickly. It's a simple approach, and it also saves money—the sick babies usually stay in the Neo Natal Intensive Care for weeks at a cost of $2,000 a day.

The hospital has volunteers like Rodriguez willing to step in a cuddle the babies when the mothers cannot. The work is important, but it takes a toll.

"Sometimes, with just holding them, some of them calm down. And then other times you get some that don't, that are just uncomfortable or they have other issues.... you can't always find something to help certain little ones," she said. "And it's heartbreaking to see somebody that's so small and in so much pain and you can't do anything."  But while it sometimes is frustrating, on most days she says it's rewarding to help the baby through a very painful and difficult time. The series willl continue tomorrow as 830 News Talk Reporter Susie Jones reports on program designed to help American Indian women as they cope with addiction and parenting.