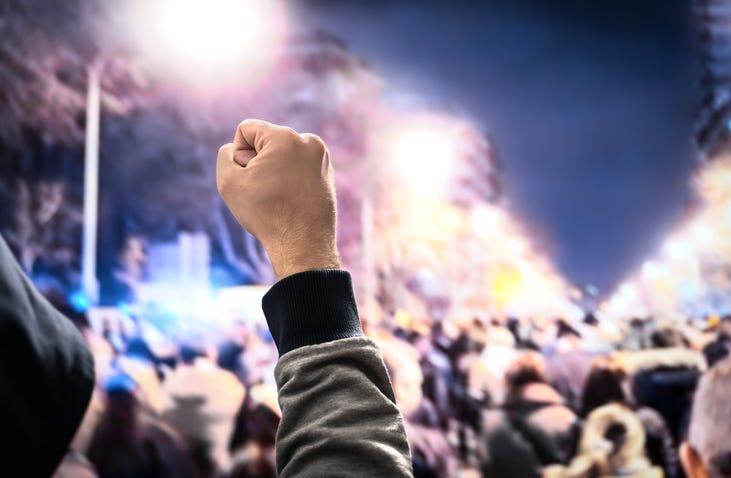 (WCCO) Speaking live with The Chad Hartman Show on News Talk 830 WCCO, Mayor Jacob Frey delivered a message directly to anyone planning to head out and protest the untimely death of George Floyd.

"What we need now in terms of protesting is peaceful protesting," Frey said, adding, "No one out there will fight harder for their right (to protest) ... But those rights stop at a line when public safety is at risk and we need to be making sure that we're looking out for the safety of our residents."

Frey was addressing the situation that unfolded when protests about Floyd's death got out of hand and ended with rubber bullets and shattered squad car windows. Frey was empathetic, adding he couldn't begin to imagine the pain being felt by the community, especially the black community, when they saw that video. "I get that there's anger out there and I support expressing that anger through First Amendment rights."

The rage comes because Floyd died in the hospital after an officer, per video, knelt on the back of his neck for at least seven minutes while he begged for help and said he couldn't breathe. After video surfaced, four officers were quickly placed on administrative leave pending an internal and an FBI investigation.

Frey doesn't want it to end there. Earlier in the day, he called on Hennepin County Attorney Mike Freeman to charge the police officer in Floyd's death.

"I've wrestled with, more than anything else over the last 36 hours, one fundamental question: Why is the man who killed George Floyd not in jail," Frey said earlier. "If you had done it, or I had done it, we would be behind bars right now." He added on WCCO, "I couldn't come with a good reason why he should not be charged."

Would Floyd still be alive if we were white? "I believe that the answer is yes," Frey said. "We're not talking about just five minutes here ... There were 300 seconds when a different decision could be made." He added it speaks to 400 years of unfairness and inequity faced by African Americans.

Frey declined to say what specific charge he wanted to see placed against the officer, while Gov. Tim Walz took a more measured approach when he weighed in on the issue during his daily coronavirus briefing just a few moments before the mayor spoke.

"I want to be very clear about the position I'm in to not taint or influence how this comes out ... We will get the evidence, we will present that," Walz said. He added the protests that erupted last night seemed like a "proper reaction" to what they saw on the video. Still, he encouraged protesters to use masks and remain socially distant.

"This (anger) is a pretty normal response," Walz added.

Attorney General Keith Ellison urged law enforcement to use restraint when interacting with protesters, and added that while emotions are running high, "It is critical that we adhere very closely to the facts and the law and the normal process."