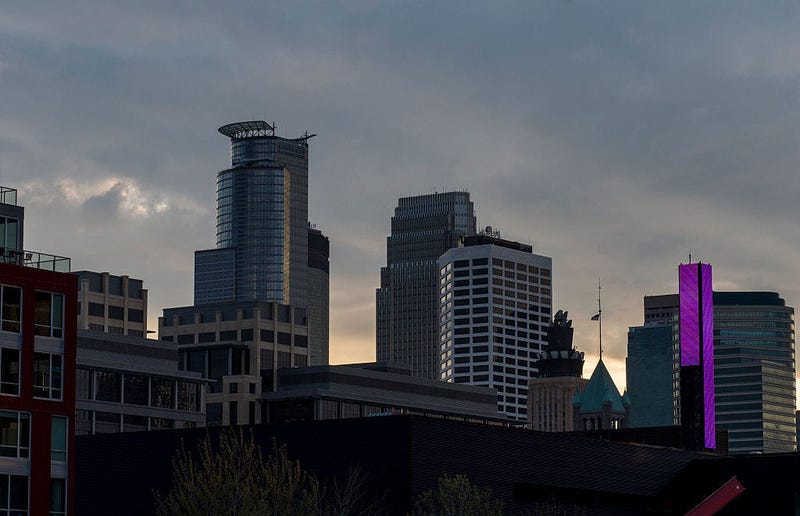 The debate on whether or not the City of Minneapolis should hire additional police officers has reached a fever pitch in recent weeks, following a summer uptick in shootings in the downtown entertainment district.

Minneapolis Police Chief Medaria Arradondo wants 400 new officers by 2025. Mayor Jacob Frey supports the chief—but some activists and city council members remain skeptical, including Steve Fletcher, who represents Ward 3, which covers part of downtown. On Monday, He came under blistering criticism from a prominent business owner who took to the mic as a guest on 830 WCCOs Chad Hartman Show to describe Fletcher as “more dangerous for the City of Minneapolis than the criminals.”

Whatever you think of either side in this debate, participants on both sides seem willing to make their cases in public: Fletcher came on the Hartman show on Tuesday to respond, pointing to statistics that show what while crime is indeed up this year, following a year in which the city's crime rate dropped to a 30-year low.

“One of the things that you've got to think about is, are we thinking short term, are we thinking about the long view? Are we thinking in terms of a programmatic policy?” Fletcher asked rhetorically. “Because it's very easy to get caught up in a short term changes and read that as a trend. You have to correct for noise in data a little bit. We're policymakers, we have to think long term.”

One of the criticisms leveled against Fletcher by the business owner, Jay Ettinger, owner of The Pourhouse, a bar downtown, was that Flether did not have standing to question the police chief on matters of law enforcement, considering Arradondo’s more than 30 years experience in the field.

Fletcher said that while he respects Arradondo and works with him, it’s also his responsibility to question budget requests from all departments, be it in transportation, planning or police. He said all department heads generally want more staff.

“Part of the job of City Council is to look at budget requests with a little bit of skepticism to say, 'Is this really the right approach?  Is this really going to have the impact that is represented by these dollars?'" And to think critically on behalf of the people that we represent,” he said.

Hartman read out a series of quotes from other downtown business owners frustrated with the levels of violence downtown. Fletcher said he understood their concerns. “I'm not minimizing what people are feeling and seeing. And I'm not saying that the level that we're at is okay, I want to see crime go down. We all want to see crime go down,” he said.

As for how the city could address violence downtown, he said that the city had learned that much of the violence wasn’t from people targeting strangers, but rather between groups or individuals who already knew each other and were in conflict. He said the city had invested in an Office of Violence Prevention to help “disrupt those cycles” of violence through outreach and social work.

“It’s way better if they never come downtown with a gun in the first place... that's what we're really trying to achieve.”

When Hartman asked Fletcher if he gave any merit to arguments that the police “have their hands tied," the council member responded directly, saying “I don’t.”

He argued that the answer was not to start arresting more people for low level offenses, which some business owners have called for as a way to stop loitering or “people with bad intentions.”

“If the effect that we're having by policing low-level offenses, nonviolent offenses, is to put an awful lot of African Americans in jail and continue the cycle of giving people records and then make it harder for them to find work and find places to live, we're creating a much longer term problems for ourselves. Even if we're making our making some business owners feel a little bit better in the very, very short term, he said.

As for Arradondo’s request for more cops on the beat, Fletcher said he wants to see more details.

“I need to see what he wants to do with them, because a lot of times when we're talking about policing the way that we currently do it, it's not actually producing the results that we want,” he said.

Fletcher may have a chance to learn more tomorrow, when Mayor Frey is scheduled to release his proposed city budget.