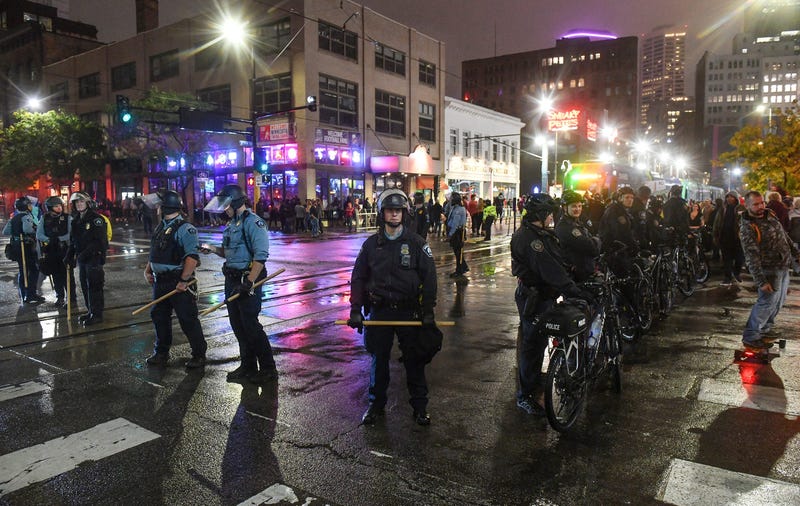 Speaking at a rally in Powderhorn Park Sunday afternoon, nine members of the 12 person City Council of Minneapolis announced their intent to dismantle the Minneapolis Police Department.

City Council President Lisa Bender, City Council Vice President Andrea Jenkins and Council Members Alondra Cano, Philippe Cunningham, Jeremiah Ellison, Steve Fletcher, Cam Gordon and Jeremy Schroeder went on stage at the end of the rally to announce their intent to end the Minneapolis Police Department through a budgetary process. The nine council members make up a super majority, which means any decision agreed upon by all of them would be veto-proof.

They said they would divert the funds currently going to the police department into a new, community-based public safety model.

On Saturday, Minneapolis Mayor Jacob Frey told a crowd of protestors that he does not support dismantling the police department, and reiterated his stance in a press release after today’s rally in Powderhorn Park, saying he will work with Chief of Police Medaria Arradondo to make deep, systemic and lasting reforms to end racism in policing. Frey announced his support to enact more community public safety strategies, but not to abolish the Minneapolis Police Department.

I’m at the community meeting at Powderhorn Park in Minneapolis, where City Council members just unveiled a mission statement for reimagining policing. ✊-- pic.twitter.com/MhVlOpajpU