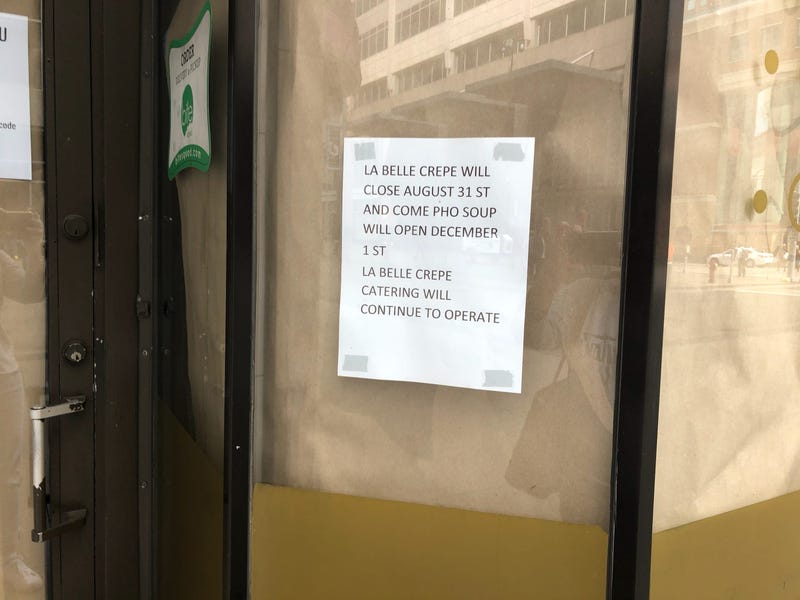 Louis Johnston is an economics professor at the college of Saint Benedict, and he tells News Talk 830 WCCO's Susie Jones, “We're seeing a classic problem that happens in a recession.  I wouldn't call it a mess, but I would call it an interlocking situation.”

It's a situation Johnston says involves several threads.  “In a situation like this. What commercial real estate brokers lawyers, landlords, tenants, all have to do is slowly unwind these threads. They need to do things like negotiate new lease agreements, or they might have to agree to a write off some part of the loans. They've got to talk this out and try to figure out how to back out of these agreements, given the change circumstances.”

The question is, are we facing a crash similar to that of 2008, when the residential housing market collapsed?

“The problem in 2008, 2009, was the value of the loans," Johnston explains. "So the actual value that the banks had on their books started to go down. And so that meant they had to start calling in loans from other people. I don't see that happening here. This is happening slowly enough that I think that we can handle it.”

The biggest victims may be retail businesses however.  In part two of our series, George John, marketing professor at the University of Minnesota's Carlson School of Management told Susie Jones, "The problem is, we don't know what pieces of our behavioral changes are sticky, and what pieces are transient. We just revert back to it. That's the big dilemma facing business."

Most business tenants, even with employees working from home, have been able to keep up with paying the bills.  Something we've seen restaurants and other retail spaces struggle with across the country.

Johnston says it's up to government regulators, in particular the Federal Reserve and the Federal Deposit Insurance Corporation, to be vigilant in the coming months. Paying attention as well to an industry that not many of us may know about.

“One thing that is lurking back there is what economists call shadow banks," Johnston told WCCO. "That is institutions that are not regulated, but act like banks. They could collapse quickly, and we'd never know it.”

Johnston says the shadow banks came out of the 2008 crash and were never regulated.  “They can still operate with almost no backing whatsoever. They can in a sense, borrow money and lend it. And that's it. They don't have to hold any reserves on their books.”