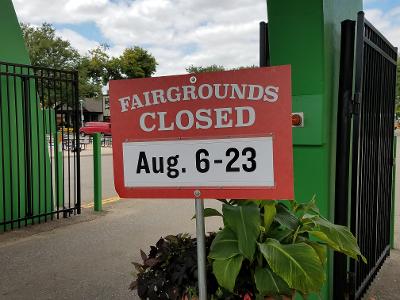 If you're a big fan of county fairs in Minnesota, you're running out of options for 2020.

The Wadena County Fair was supposed to be in full swing this weekend, but it was one of the first county fairs in Minnesota to cancel because of coronavirus concerns.

On Saturday, it was announced that the LeSueur County Fair, scheduled for August 20-23, is called off.

Organizers of nearly 80 county-sponsored annual festivals in Minnesota are already planning for 2021, for some it's a rare occurance over a long history.

Blue Earth County was scheduled to stage its 159th fair, the state's oldest, in Garden City starting on July 23.

In Long Prairie, there will be no Todd County Fair for the first time in 137 years.

But, there are still a few hold outs.

The Mower County Fair is a go for mid-August in Austin.

In Madison, the Lac Qui Parle County Fair, billed as "The Little State Fair," is still set for after Labor Day.

Way up north in Lake of the Woods County, next month's fair won't have carnival rides or indoor exhibits, but they'll still have food and music at their fairgounds in Baudette.