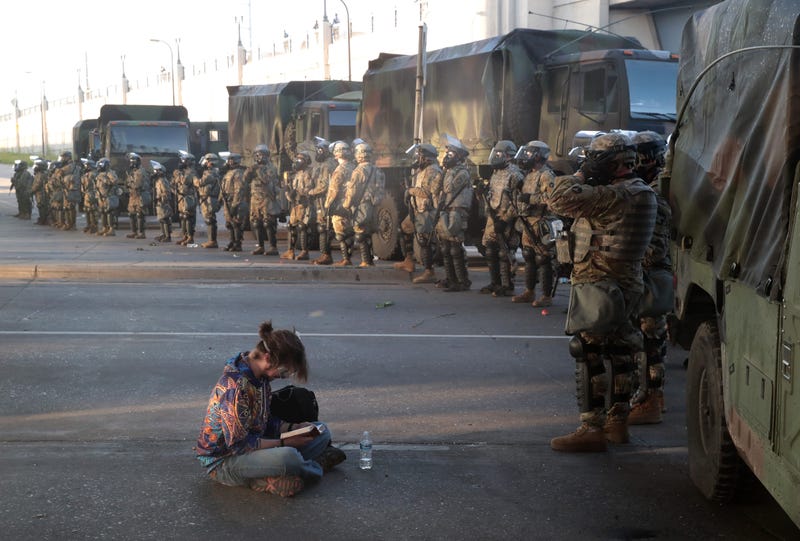 City wide curfews prohibit travel and gathering on streets or public places, starting at 8:00 p.m. Friday night and ending at 6:00 a.m. Saturday morning. The curfews come as an attempt to curb violence across Minneapolis and St. Paul. Those found in violation of the curfew face a misdemeanor offense, up to 90 days in prison and a $1,000 fine.

Emergency responders, reporters, people travelling to and from work, seeking medical care, fleeing danger or those who are homeless will be exempted from the curfew.

The curfews will take place again Saturday night through Sunday morning.RELATED: Cop who knelt on George Floyd's neck charged with murder. Protestors appear to be clearing from around the 3rd precinct:

Protesters around Third Precinct have largely dispersed. Tear gas started before 8 p.m. curfew. And the protest had been mostly peaceful for the last couple hours, until a smaller group approached officers from behind and pelted them with some objects. pic.twitter.com/Pcm7gximz4

But they don’t appear to be clearing everywhere:

Protest crowd is advancing after one of the riot police units down the block appeared to retreat. A half hour past the 8PM curfew and people don’t seem to plan on dispersing. https://t.co/LQ4R5X54aq

No sign of police or national guard as this crowd just grew into thousands and is now marching west on Lake Street. pic.twitter.com/5KgEtk86kk