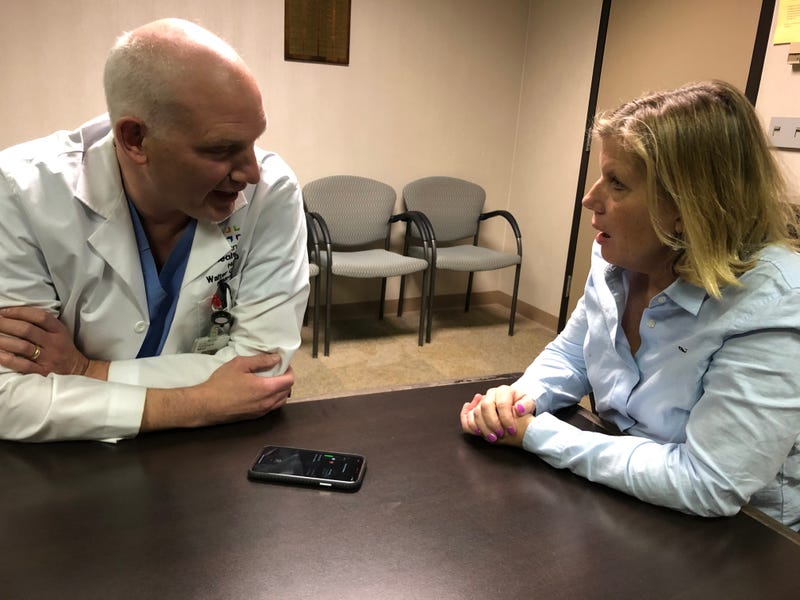 The number of people with Traumatic Brain Injuries is growing in the United States and here in Minnesota.

According to the Centers for Disease Control and Prevention, there are approximately 1.5 million people in the U.S. who suffer from a traumatic brain injury each year. 50,000 people die from TBI each year and 85,000 people suffer long term disabilities.

Lucky for me, I only have a mild brain injury after falling off my steps and hitting the back of my head on the driveway about a week ago.

"We see about a thousand TBI's a year in Hennepin," said Doctor Walter Galicich, who is the medical director of Hennepin Healthcare's Traumatic Brain Injury Center.

Of course I asked him about my own injury. After I fell, I told him I had gone to the doctor and had a CT scan, which found I had no bleeding on the brain, which is bad.

"The concern is that mild traumatic brain injuries can progress with other issues and problems and at least some short term observation is warranted."

My doctor advised me stop looking at screens for 3 days and rest my brain.  It was not easy, but necessary because the light makes the symptoms worse.

I'm feeling better, but think it's good to remind everyone about the dangers of falling, especially going into the winter months.

"Ice storms are horrific.  We've had a couple of storms over the years where it's absolutely filled up the hospital with people who have slipped and fallen," he said.

And with an aging population, it's likely to become even more of a problem.

"For people in their 80's and 90's, the number one reason for hospitalization is a slip and a fall."

Dr. Galicich said you don't have to loose consciousness to be affected after a fall, but you still have classic symptoms.

"Headache, difficulty with concentration, some people have nausea and bright lights bother you and loud noises can be very bothersome."

When I hit my head, I was worried because I kept thinking about Natasha Richardson, the actress who fell while skiing in 2009.

"You have the classic talk and deteriorate, You have the injury and you are lucid and fine and then collapse as the blot clot expands and closes in on the brain."

Recovery takes time and that can be frustrating, but again he says limit screen time and get plenty of rest and you'll be back to normal in no time.