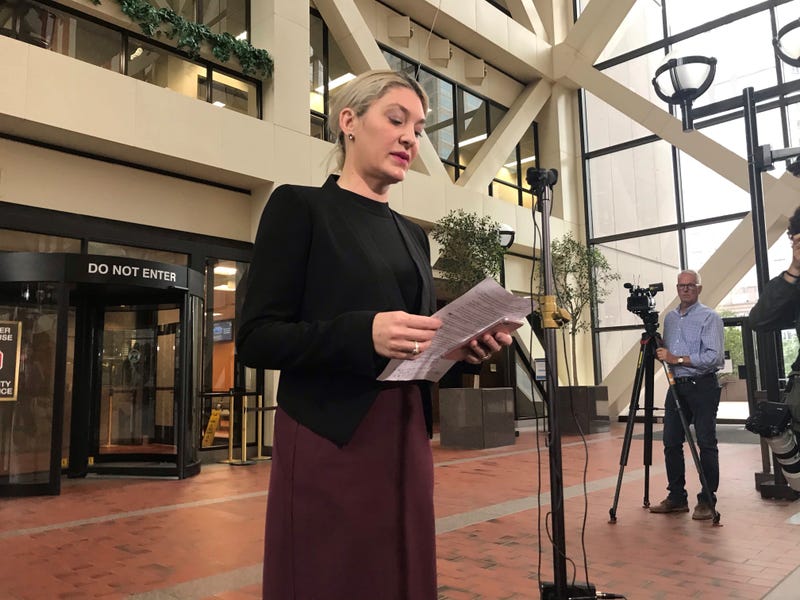 A former Minneapolis ice skating coach will spend 24 years in prison for sexually abusing a minor over a two year period.

48-year-old Thomas Incantalupo appeared inside a Hennepin County courtroom on Friday morning. He pleaded guilty in June to having sex with a student of his when she was between 14 and 16 years old. He'd been the victim's coach since she was 9.

According to the complaint, the abuse began in 2015 when Incantalupo abused the girl inside the home of another figure skating coach. The abuse continued during a trip to Argentina where Incantalupo took the girl for coaching seminars.

Incantalupo orginally faced up to 30 years in jail for the crimes.

The victim's attorney, Sarah Klein, spoke after the sentencing and took aim at U.S. Figure Skating.

"United States Figure Skating is rittled with sexual predators. They have a cancer called child sexual abuse," Klein said. "What we've seen from [U.S. Figure Skating] is an attempt to sweep it under the rug and do nothing.

Klein is a survivor of sexual abuse herself. She is the first known victim of former Michigan State and USA Gymnastics team doctor, Larry Nassar. In July 2017, Nassar was sentenced to 60 years in federal prison after pleading guilty to child pornography charges. He was sentenced on January 24, 2018 to 175 years in a Michigan state prison after pleading guilty to seven counts of sexual assault of minors.

"I hope that by today's sentencing, there's a big memo sent that says 'This needs to be examined' and that the message is clear, 'You will not get away with this'" Klein said.

Prior to Incantalupo's sentencing, the defense argued that the number of year's being pursued in the case were equal to that of murder, or manslaughter.

"Sexual abuse is murder, although the victims do not die," Klein said. "Victims suffer immense consequences for the rest of their lives. So yes, it is absolutely something you can equate to murder. It's murder of the soul."

Klein added that they are preparing to file civil litigation against U.S. Figure Skating, but did not provide a timeline for when that would be.