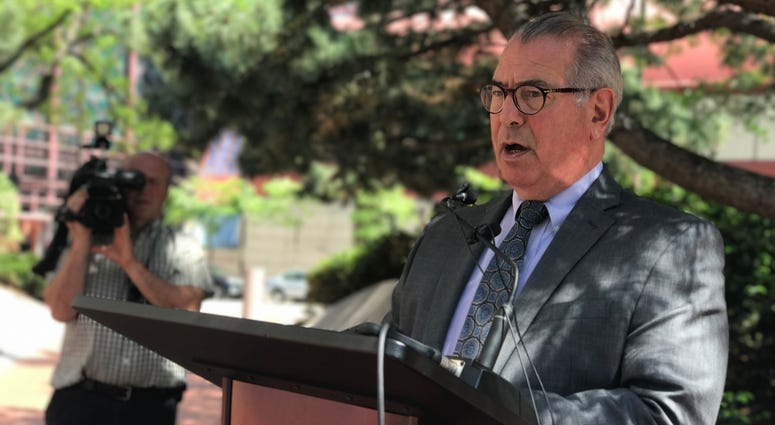 Hennepin County Attorney Mike Freeman is asking the judge to let him back into the George Floyd trial.

Cahill ruled last week that it was sloppy that Freeman and three other county prosecutors were present in an early interview of the Hennepin County Medical Examiner who conducted Floyd's autopsy.

The motion disputes Cahill's determination that the attorneys violated a rule that led to their disqualification.  The motion includes an affadavit from William J. Wernz, the former director of the Minnesota Office of Lawyers Professional Responsibility.

"Wernz concluded in his four-page affidavit that “…in my opinion, the interviews of the Hennepin County Medical Examiner by HCAO (Hennepin County Attorney’s Office) did not furnish any basis for a conclusion that they violated Rule 3.7.”
In his affidavit, Wernz also noted that he had no dealings with any of the parties before Friday’s ruling, that he is not being paid for his time and doing this “solely for I believe to be the interests of proper understanding and application of a Rule of Professional Conduct.”"

No date has been set for Judge Cahill to hear the motion.