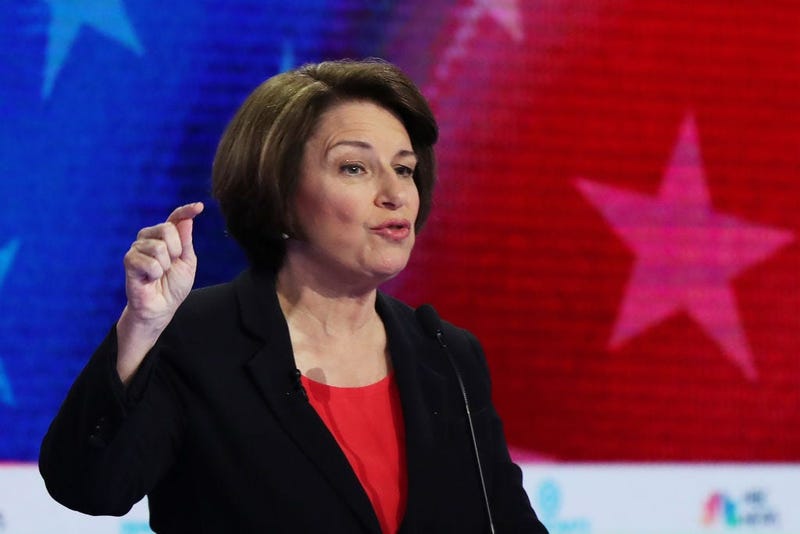 Minnesota US Senator Amy Klobuchar is as surprised as anyone that former New York City Mayor Michael Bloomberg is joining the race for the Democratic presidential nomination.

"I welcome him to the race if he decides to run," said Klobuchar, appearing on the WCCO Morning News with Dave Lee on Friday.

"It came out of nowhere, actually, because he had said he wasn't going to run before," she said.

In a statement Thursday, his political adviser Howard Wolfson says Bloomberg is worried that the current crop of Democratic presidential candidates is "not well positioned" to defeat President Trump.

"I have a lot of respect for him, but, I think, I really don't like how he said he has to get in there and basically save the day," Klobuchar said. "I think we have a lot of good candidates running. Many of them have shown nationally that they can win. I know I can win in the middle of the country."

Klobuchar isn't fazed by the fact that Michael Bloomberg has billions of dollars at his disposal.

"I don't have as much money as he does, nor does my husband," she said. "That's okay. America hasn't actually, usually, voted for the wealthiest person."

Both Bloomberg and Klobuchar filed for Alabama's primary election on Thursday.  That balloting takes place on March 3, 2020, along with 13 other states in this election cycle's "Super Tuesday."

Klobuchar has lagged well behind the leaders in the presidential preference polls, but is getting more exposure following a solid performance in the latest presidential debate on Oct. 15 in Westerville, Ohio.

This past week, she's appeared on the "Late Show" with Stephen Colbert on CBS, and the Comedy Central program "The Daily Show with Trevor Noah," where the host lauded her for coming out of the debate as one of the winners.

"I just keep going," Klobuchar said. "First of all, they called on me--that's really nicec--and I really got to make clear that I was different from the other candidates on the stage."

The newest Hill-HarrisX poll of Democratic candidates has Klobuchar at 3 percent.

Those numbers has Klobuchar sixth among Democratic candidates, with former vice president Joe Biden on top with 26 percent.