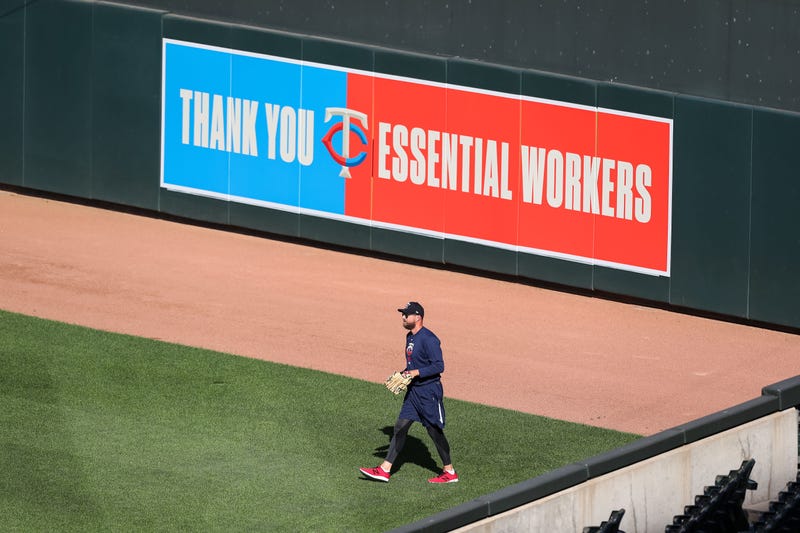 Baseball is on the horizon.

The Twins' truncated 60-game 2020 schedule has been released. The Twins will play only teams within the American League Central and National League Central which will cut down on the amount of travel — an essential element in baseball's attempt to play this summer while following guidelines to slow the spread of COVID-19.

The season opener takes place at the Chicago White Sox Friday, July 24 with a three-game series. The first game at Target Field is Tuesday, July 28 vs. the St. Louis Cardinals. The final game of the regular season is September 27 vs. the Cincinnati Reds. A busy month of August features just one rest day.

The schedule was cut back dramatically due to the coronavirus pandemic before the season took off, followed by a public back-and-forth between owners and the players' association.

As of now, fans will not be allowed into Target Field to watch Twins home games, but you can follow the Twins season we've long been waiting for on News Talk 830 WCCO.

The top teams in each of baseball’s six divisions automatically qualify for the postseason, which is scheduled to start in October.

Joining the postseason party are the winners of the wild-card games between teams with the two best records among clubs that did not finish in first place.

"I think everybody will be healthy and I believe we'll play a season," he said Monday. "I hope it doesn't come down to it that they stop anything. I go out every day and I'm going to prepare like we're going to play. That's all I can do. I'm optimistic so I don't think any good can come from thinking about not playing and then having to play."

Unlike the Washington Nationals which had to cancel a workout due to a lag in testing results, Cave said he's seen only swift testing and results from the Twins and feels safe at the team facility.

Cave said cautious measures have meant pitchers and position players see a lot less of each other, but he feels good about the team's preparedness right now.