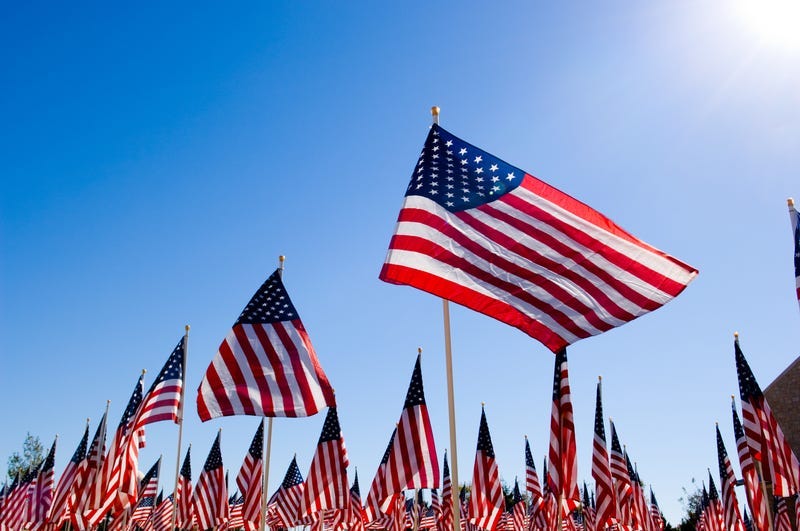 President Trump is weighing in on the controversial decision to eliminate the pledge of allegiance from St. Louis Park city council meetings.

Outrage is growing in the Great State of Minnesota where our Patriots are now having to fight for the right to say the Pledge of Allegiance. I will be fighting with you! @foxandfriends

The group will not be silenced. Proud of these Patriots for showing up, standing up for their values and reciting the Pledge of Allegiance. ---- pic.twitter.com/gy67V0gF0u

Several dozen protesters attended Monday night's study session, where council members discussed the issue but did not take a vote.

"We clearly fumbled by not anticipating the desire of our St. Louis Park residents to be in conversation about this," said council member Anne Mativy, who including the proposal in last month's council agenda.

The vote for the protocol change was 5-0, with council member Tim Brausen addressing the issue publicly during that June 17 meeting.

"People are upset because, evidently here in Minnesota, we're playing around with their hallowed traditions," Brausen said Monday night, a statement that drew jeers from protesters that filled the meeting room.

The protesters made their presence known by reciting the pledge during the study session.

Because it was not an official council meeting, no votes were taken and no time was set aside for public comment.

There were proposals made to either reverse the decision or to continue discussing the issues.

Public comment on possibly bringing back the pledge to St. Louis Park city council meeting protocol is expected to be scheduled for the July 22 meeting.

Republican Party chair Jennifer Carnihan was upset that her request to speak at the meeting was denied.

"All these council members are doing is kicking the can down the road," Carnihan posted in a tweet.

The decision to eliminate the pledge takes effect July 15.

Several city councils in Minnesota, including Minneapolis, do not include the pledge of allegiance during official meetings.