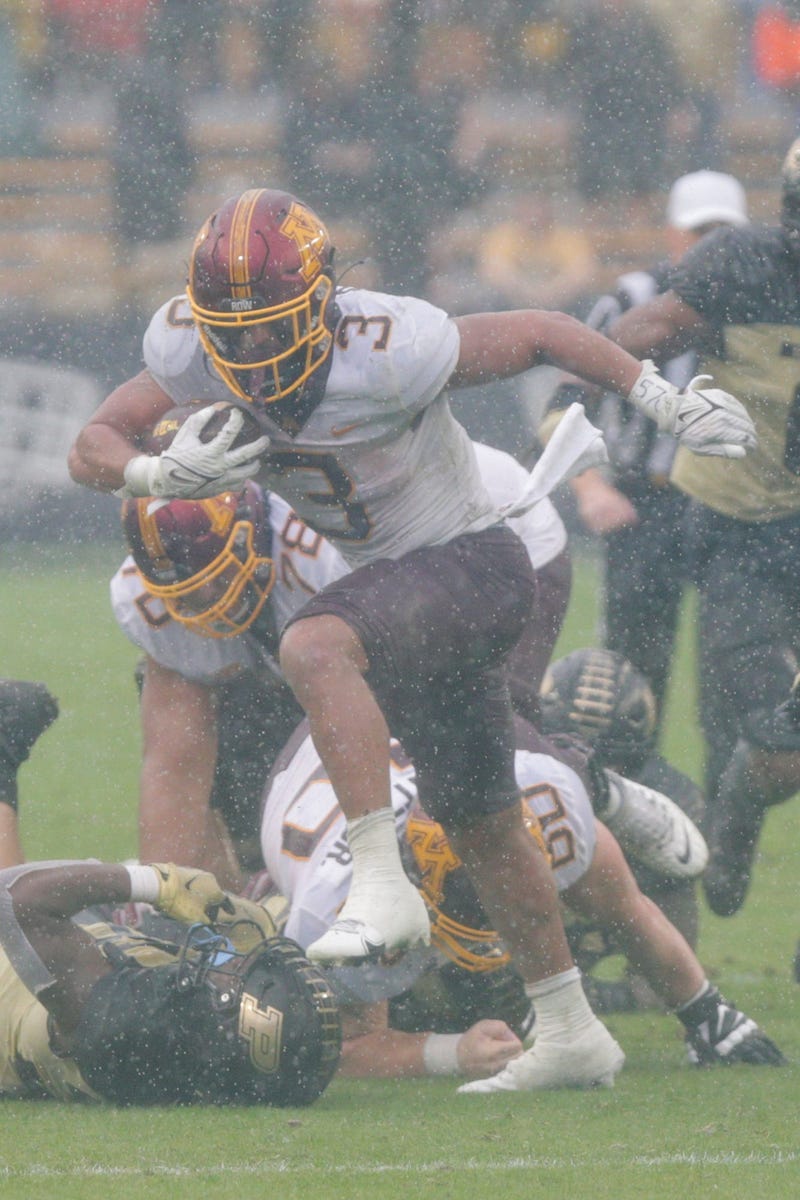 Gophers Football Head Coach PJ Fleck says that his star running back is out for the season after suffering a health issue during the team's last game at Purdue.

#Gophers coach PJ Fleck says he doesn’t expect RB Trey Potts to play again this season after having to be hospitalized following the team’s win at Purdue.

He did not go into detail on Potts’ ailment. @FOX9 pic.twitter.com/utSoAv8AsD

Specifics of Trey Potts' injury are not being revealed, but Fleck says that he is done for the season.

"He is doing very well, back in Minnesota. Do I expect him to play the rest of the year, no. I'm not going to get into the extent of his injury, just like our other players that's up to him and his family to be able to talk about that if they want to do that."

Fleck says Potts was rushed to a hospital during the fourth quarter of the Gophers 20-13 victory over the Boilermakers on October 2nd. Potts then spent six days in the hospital in Indiana before being released. Potts, a red-shirt sophomore from Williamsport, Pennsylvania, had taken over as the Gophers' primary back after Mo Ibrahim was lost for the season to a leg injury in the first game.