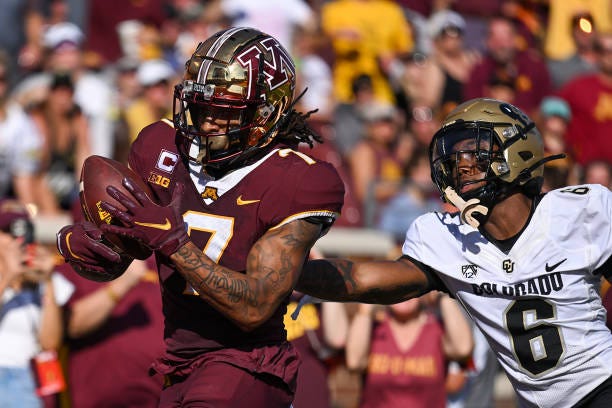 It’s been a torrid start for the Gopher Football team as they have thoroughly routed their first three outmatched opponents.

Now the Gophers head into the Big Ten season at Michigan State Saturday, but they’re going to need to do it without one of the top playmakers.

During Monday’s press conference, head coach P.J. Fleck confirmed what many feared after seeing wide receiver Chris Autman-Bell collapse on the field with a non-contact injury. He is out for the remainder of the season according to Fleck.

“I think it is a pretty big blow because he's the guy that I think Tanner Morgan has the most comfort with for sure,” Najarian told WCCO’s Adam and Jordana. “He's done an excellent job. I think there are guys out there that you throw them the ball. It almost goes back to Aaron Rogers with his receivers, right? I mean, he'll give other people an opportunity, but you only get so many opportunities to drop the ball. And he goes to the people that are going to catch the ball and Autman-Bell has been that guy. And he's had an unbelievable career.”

Autman-Bell will undergo surgery on Wednesday for the injury, which was not disclosed.

The Gophers also announced they will seek a seventh year of eligibility for Autman-Bell. The NCAA typically grants injury waivers for eligibility. Autman-Bell was already a sixth-year senior after a redshirt season, and the waiver for the COVID-shortened season of 2020.

Najarian, who is co-host of WCCO Radio's Sports Huddle on Sundays, also says the seventh year of eligibility is remarkable.

"The only part of this whole story that I'm amazed at is the idea that we are kicking around a potential seventh year," says Najarian. "I don't know if I wanted to be in college that long."

Autman-Bell was injured late in the second quarter of the 49-7 victory over Colorado on Saturday. He landed awkwardly and immediately grabbed his right knee.

He leads the Gophers with 11 receptions for 214 yards and a touchdown this season which will now put the onus on more unproven and younger players.

The Gophers play at Michigan State Saturday, kickoff at 2:30. The Spartans are coming off a loss at Washington, but are expected to be a tough test for Minnesota who so far has played three teams that are a combined 0-10. 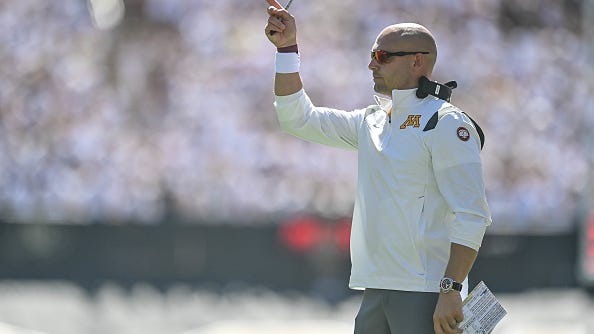