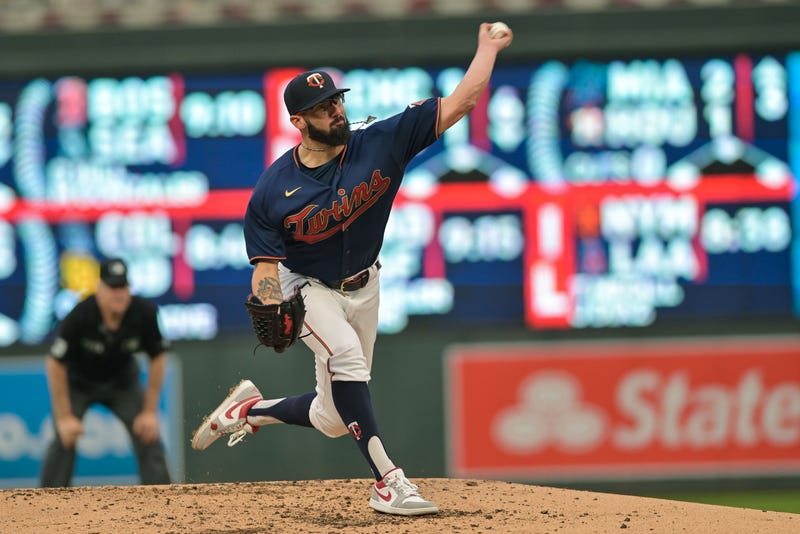 Pitching for the Minnesota Twins has been the team’s weak point over the last few weeks.

However, during the first month of the season, their pitching was one of the best in baseball. The Twins’ 3.11 team ERA was fourth in the league from the start of the season through May 9. The young pitching staff led the way when Minnesota’s lineup was struggling. But things aren’t exactly smooth sailing for the Twins staff over the last month. Their pitching allowed a 4.55 ERA from May 10 until now, ranking 22nd in baseball during this span.

Injuries, regression, and a league-wide pickup in offensive production in recent weeks keep contributing to the rise in runs the Twins have allowed. Currently, the team owns a 3.88 ERA, tied for 14th in baseball, and starting pitching has been the most significant part of Minnesota’s woes.

Joe Ryan, Bailey Ober, Josh Winder, and Sonny Gray have spent the last two weeks on the shelf. Their absence forced the Twins to scramble for starters until their regular rotation gets healthy. They have leaned on Cole Sands and Chi Chi Gonzalez and gotten less than desired results. However, Devin Smeltzer has emerged as the surprising anchor for Minnesota’s starting rotation during this period.

Honestly, I wouldn’t blame Twins fans if they forgot about Smeltzer. Before making his way back to the big leagues this season, he has only made a couple of brief appearances over the last few seasons.

Smeltzer arrived in Minnesota at the trade deadline in 2018 when they dealt Brian Dozier to the Los Angeles Dodgers. The lefty made his debut in 2019 and had some encouraging numbers that year. Smeltzer pitched 49 innings and owned a 3.86 ERA, a .265 opponent batting average, and a 1.27 WHIP.

However, Smeltzer didn’t pitch much in the shortened 2020 season. An elbow injury in May 2021 ended his season after only logging 4.2 innings last year. In 2019, there was promise that Smeltzer could be another piece of the new young Twins pitching core. But he faded into the background once Ryan, Ober, Winder, and other young arms arrived in Minneapolis and flashed high-end potential.

But most of those pitchers ended up on the injured list, and the Twins pushed Smeltzer back into big-league action. Fortunately, it created an opportunity that Smeltzer and the team needed. The 26-year-old currently holds a 2.38 ERA with a .202 opponent batting average and a 0.97 WHIP in 34 innings pitched. More importantly, the Twins have a 4-2 record in the six games he started this year.

His surface-level stats have looked excellent, and he’s passed the eye test for the most part. Certainly, numbers like this must mean that Smeltzer found a new strikeout pitch or has amped up the velocity on his fastball to draw more swings and misses, right? Not exactly.

The interesting thing about Smeltzer is that he has been pitching well despite hitters making more contact off of him. Excluding the 2020 and 2021 seasons due to low sample size, Smeltzer’s 4.24 K/9 clip means he is actually striking out nearly three fewer batters per nine innings compared to 2019. Smeltzer’s low strikeout numbers are paired with a small number of swings and misses. His 20.6 percent whiff rate in 2019 has lowered to 17.4 percent, and Baseball Savant places him in the fifth percentile.

Besides the high contact volume, there hasn’t been a drastic jump in velocity. Smeltzer’s average fastball velocity did boost up from 89.0 MPH in 2019 to 89.6 in 2021. Higher velocity is encouraging because it means he is fully healthy after his back surgery, but that isn’t a big enough jump to suddenly create swing and miss stuff. There hasn’t even been a significant shift in his pitch selection compared to his 2019 campaign.

Smeltzer’s recent stretch might turn out to be flukey. It’s early, so that’s possible. But consider that his number of whiffs might be low, but that doesn’t mean hitters aren’t teeing off on him. High velocity and strikeouts aren’t his specialty. But Smeltzer has been able to rely on his command to produce weak contact. He owns a .194 BABIP, and his ground ball rate has jumped to 45.6 percent, with an average launch angle of 12.0. The inability of hitters to elevate the ball allows the Twins defense to make plays behind him.

Smeltzer can draw that weak contact by actively hanging around the strike zone. That approach makes sense considering the lack of consistent high velocity and average movement on his pitches. Hovering around the zone at a 60 percent clip as Smeltzer does can lead hitters to be more aggressive at the plate.

Impressive command and an aggressive mentality at the plate mean hitters are more likely to swing out of the zone. Smeltzer holds a 31 percent chase rate, similar to his 2019 season. However, the number of contact hitters have made when chasing the zone has increased to a 78.9 percent chase contact rate. Instead of swings and misses for strikes, hitters are putting the bat on it this season, which has led to weak contact that, in turn, has led to Smeltzer being more productive.

Along with being productive, he’s been efficient, with just 490 pitches through 34 innings thrown. Pitching to contact isn’t the sexiest way to win on the mound, but Smeltzer is finding a way to become a productive pitcher. Pitch-to-contact hurlers don’t sit at the top of starting rotations, but they can be useful arms for teams in the back end of a staff.

Gray and Ryan returned to the active roster this week, but there’s still some uncertainty with Dylan Bundy and Chris Archer. Both of these project-type arms have produced mixed results for Minnesota, and it’s not hard to assume the two won’t be in the starting rotation by September. Smeltzer’s ceiling is unknown, but the Twins at least deserve to see what he has in the rotation for an extended period of time.

The Twins desperately needed quality starting pitching, and Smeltzer continues to be the team’s most consistent starter in recent weeks. His recent stretch has put himself in a great spot to stay in the Twins rotation for the foreseeable future.

Smeltzer’s numbers need some more time to flesh out. His stat line isn’t that of a dominant ace in the making, but a guy who produces a lot of weak contact will still get plenty of innings to prove himself on this Twins team. Smeltzer is an easy guy to root for, and Twins fans won’t be disappointed if he rejoins his place in that young pitching core.