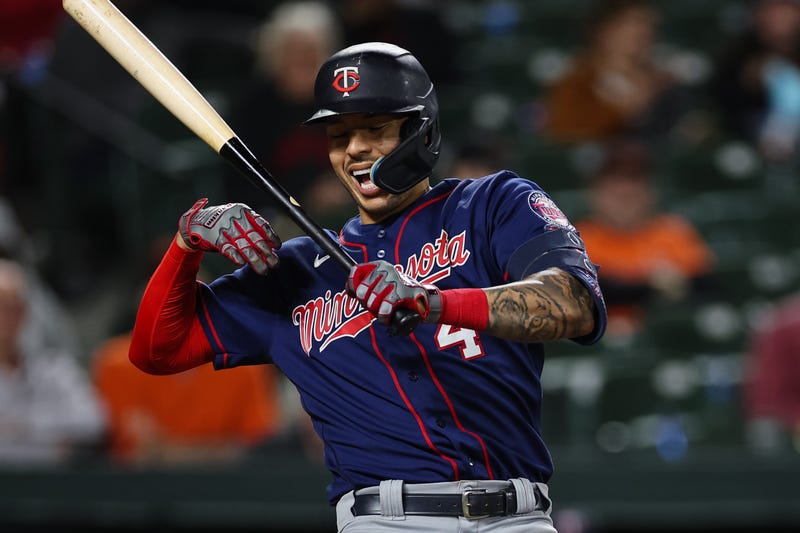 “When it rains, it pours,” is a very old and well-worn cliche. Perhaps it puts you in mind of the deluge of rain and hail that forced Wednesday night’s game with Houston to be suspended and then finished on Thursday. But Twins fans can be forgiven if it also puts them in mind of the seemingly endless march to the Injured List by key members of the Minnesota Roster. They can also be forgiven for feeling frustrated by the inability of the Twins to field their preferred lineup and rotation when a quality team like the Astros comes to town.

Relief pitcher Danny Coulombe became the latest victim of the injury bug as he was sent to the IL on Wednesday with a left hip impingement - which sounds painful. Coulombe became the 16th member of the Twins to hit the IL according to Spotrac.com. Considering that Major League rosters are only 26 players deep (28 at the beginning of the 2022 season), that’s a crazy number. Shockingly, however, it doesn’t lead all of baseball. The Cincinnati Reds have lost 18 members of their roster to stints on the IL. In fact nearly half (14 total) of MLB teams have lost at least 10 members of their rosters to IL stints, and six more teams have lost nine players.

The upside for the Twins - if there can really be one with that many guys getting hurt - is that most of their IL stints have been relatively brief. The 16 Twins that have spent time on the IL have been gone for a combined 256 days (16 days per trip). Compare that to the Washington Nationals who’ve only lost 11 men to the IL, but have lost a combined 364 days (33.1 days per trip). Or even in the AL Central, look at the White Sox who’ve only lost 12 players to the IL, but have lost them for a total of 313 days (26.1 days per trip). Or you could look at any of the eight other teams that have lost more days than the Twins have and it becomes clear that the Twins have had at least a little bit more luck than plenty of teams when it comes to injuries.

So why the flood of injuries? Why are so many teams struggling to keep players healthy? As usual, there are a multitude of factors that go into a run of injuries like this. Having said that, there’s also one underlying factor that is common to all of these clubs struggling with injuries: a shortened Spring Training.

As the lockout progressed, owners repeatedly claimed that they needed “at least” four weeks of Spring Training (which is usually six weeks) to get players prepared for the rigors of a 162-game season. They continued with that rhetoric as artificial deadline after artificial deadline passed, and regular season games were “canceled”. But, funny, once a deal was agreed to, 3 ½ weeks of Spring Training were sufficient and those “canceled” games were suddenly “uncanceled” and made up as part of double headers.

So the “four week” number wasn’t really about player safety, it was a negotiating tool to try and get a deal done. And instead of holding to that and reducing the regular season schedule from 162 to say 154 games, ownership punted on a “safe” Spring Training in favor of making sure they had a full 81 home dates to make as much money as possible.

And make no mistake, the players need to own some of this as well. While they would have been happy to have a longer Spring Training and play just 154 games, there was no way they were accepting any deal that didn’t pay them for a full 162-game season.

So the moral of the story is, as fans lament paying Major League prices to see what amounts to an enhanced St. Paul Saints roster, know that you’re not alone. Fans all across baseball are dealing with the same thing. But hey, at least teams didn’t have to reduce their income by four games!