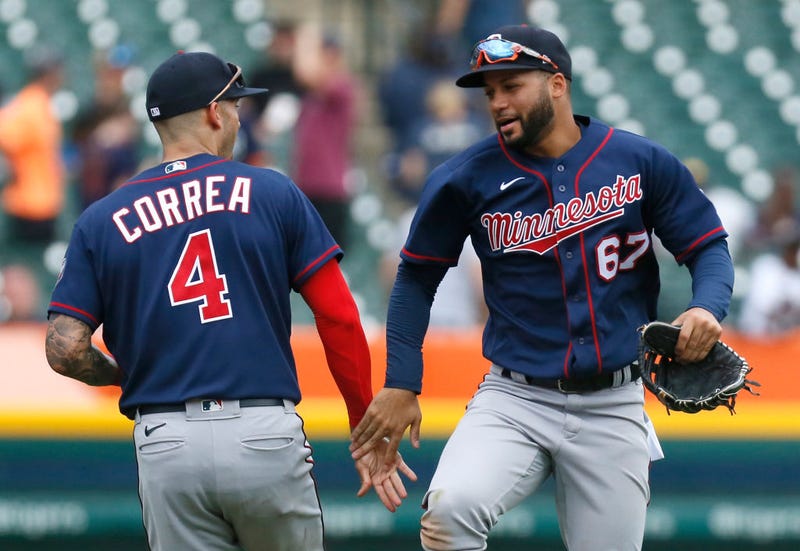 Carlos Correa #4 of the Minnesota Twins celebrates with Gilberto Celestino #67 after a 9-1 win over the Detroit Tigers at Comerica Park on July 24, 2022, in Detroit, Michigan. Photo credit (Photo by Duane Burleson/Getty Images)
By Lou Hennessy, Zone Coverage

With the Minnesota Twins officially out of contention, fans who haven’t gauged their eyes out have them firmly focused on the future. The picture the team is painting may not have ramifications for this season. Still, young players have the opportunity to make a good impression as the team considers their roster needs for 2023 and beyond.

We’ve seen players make the most out of lost seasons, especially young players who get their first taste of regular big league action. From Chris Parmelee in 2011 (.355/.443/.592 in 21 September games) to Joe Ryan last year (4.05 ERA, 10.1 K/9 in 26.2 innings pitched), some make the most of their lost-season auditions. And while September play doesn’t necessarily chisel a player’s name in stone for the future, it can make the team’s decision-makers pull out their erasers.

I’m not calling for the club to drop these players altogether, but their recent play might have them on the outside looking in.

Acquired in the Ryan Pressly trade with the Houston Astros in 2018, Celestino suddenly rose through Minnesota’s system, culminating in his unexpected MLB debut last season. He was raw, and the Twins thrust him into big-league action far too early. Celestino essentially made the jump from High-A after a three-week stint in Double-A. The eye test and the numbers led to the same conclusion: He wasn’t ready for the big leagues at age 22. He slashed .136/.177/.288 (24 wRC+) and had multiple defensive flubs in his 23-game cup of coffee, but that was mostly to be expected.

Celestino’s performance rebounded once he returned to Triple-A for more seasoning. He hit a far more palatable .290/.384/.443 (125 wRC+) while in St. Paul, and many expected him to be a strong option as a fourth outfielder for the club.

As luck would have it, Celestino played the most games in the outfield for the Twins this year. Injuries took a toll on Plan A, and he was once again forced to carry more than he could bare. Initially, he was doing what many had hoped. Celestino showed defensive improvements early on thanks to a strong arm, and his bat even seemed to be coming around.

On June 7th, Celestino was rocking a .350/.416/.400 (142 wRC+) slash line. That level of production was unsustainable, of course. But it looked like he could be useful even with some regression on the horizon. However, that regression didn’t just sink his season; it buried it deep under the ocean’s floor. Since that high point, Celestino has hit just .203/.272/.274 (59 wRC+) and has once again stumbled defensively in center field.

If this is what he’s capable of with ample opportunity for playing time, is he really a strong contender to be an option in 2023, even in a bench role?

If all goes as planned, star center fielder Byron Buxton will get the lion’s share of time. But this season has shown the importance of having more offensive production from his backup. Given Buxton’s extensive injury history, the fourth outfielder will probably get 250+ plate appearances. And with left-handed hitting outfielders Trevor Larnach, Alex Kirilloff, Nick Gordon, and now Matt Wallner all sitting higher on the outfield totem pole, Celestino may be playing himself out of the 2023 blueprint.

With money to spend, the Twins could also look to land a right-handed free agent slugger like Andrew McCutchen or Trey Mancini to complement this group.

Ultimately, Celestino has started to rub too many people the wrong way.

Megill showed some visible annoyance with Celestino on Sunday when the center fielder threw to the wrong base in a nightmare 9th inning. However, Megill may find himself in a similar position to his teammate come the 2023 season. While the outlook for a relief pitcher with two option years remaining is far different than a backup outfielder, Megill, 28, has seen a similar drop in his performance over the past few months.

For a good chunk of the summer, Megill looked like a decent low-leverage option for the Twins’ bullpen. He pitched 22.2 innings of 1.99 ERA ball through July 31st. But the wheels fell off for the hard-throwing righty after that point. In 21.1 innings since then, he has a brutal 8.02 ERA and just a 55% left on base percentage (roughly 17% lower than league average).

The last month has been even tougher on Megill, as his opponents are hitting .433/.485/.633. That 1.118 OPS is 4th-highest allowed in MLB in September, and it’s one of the many reasons the Twins have the worst record in baseball in that span.

Is Megill the main source of his team’s second-half troubles? Probably not. But he’s demonstrated why the club was able to claim him off waivers from the Chicago Cubs last November.

Yes, his fastball touches 100 MPH. He also has a respectable 3.27 FIP, even with the rough August and September performances. But the bullpen picture already has a handful of locks: Jhoan Durán, Jorge López, Caleb Thielbar, Griffin Jax, Jovani Moran. The club will also need more certainty when identifying candidates for the few remaining openings. Not to mention, the starting rotation is bound to produce at least one enticing young hurler who shifts to a relief role due to workload limitations or as a way to boost their big league impact in 2023.

Celestino and Megill each have multiple option years remaining, so the Twins aren’t under pressure to drop them outright off the 40-man roster. Still, their play over the last few months hasn’t only hurt the club’s outlook in 2022 but also their place on the blueprint for 2023. Maybe they aren’t on the chopping block yet, but their names should by no means be written in pen when mapping out next year’s roster.

See all of the WCCO-Zone Coverage stories here. 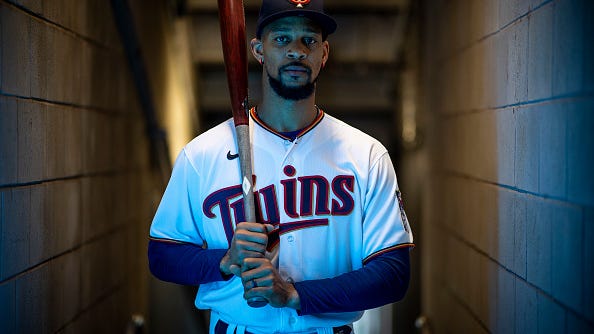 Minnesota Twins will have new uniforms in 2023 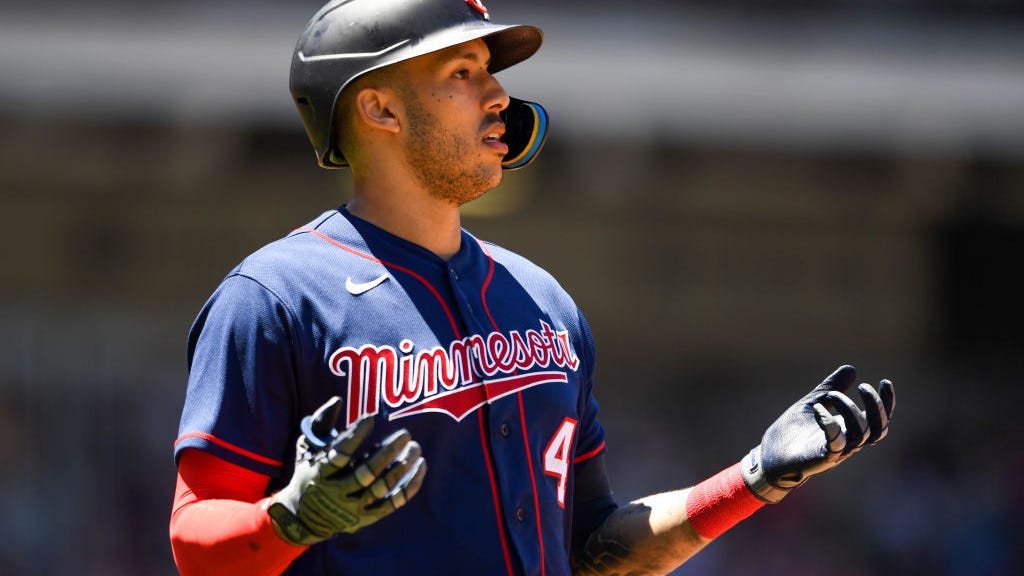