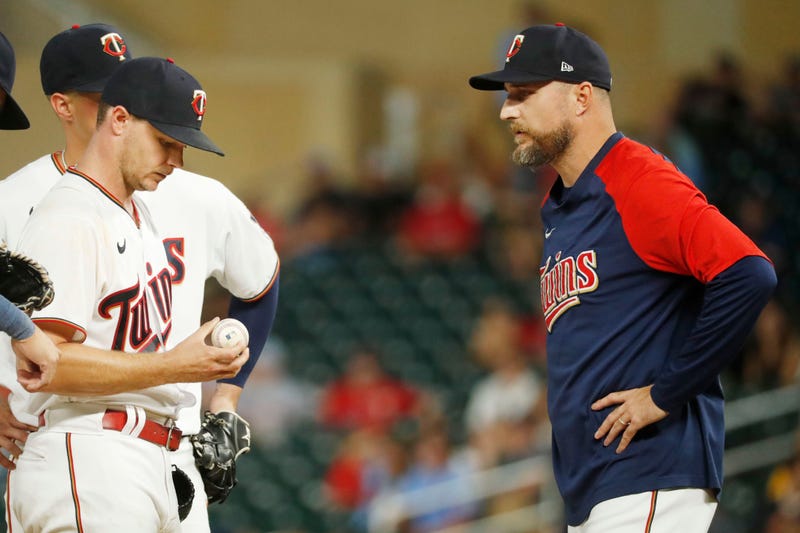 The Minnesota Twins need reinforcements, but where are they? That’s a question the Twins probably didn’t expect to ask themselves this season. When the year started, there were plenty of questions in the rotation, the bullpen, and even the lineup. Fortunately, though, the Twinkies were poised to round out their team, anchored by two MVP candidates in Byron Buxton and Carlos Correa, with several MLB-ready prospects as the year progressed.

Fangraphs ranked their top-40 Twins prospects in March. Nine of the top 10 were all at Double-A or higher, spitting distance from the majors. The tenth, Matt Canterino, was a 24-year-old in High-A ball, theoretically at an age where he could rise quickly. When your best prospects are close to playing in the majors, that’s a source of hope for the 2022 Twins.

And to be fair, it’s not like these prospects haven’t made any impact. José Miranda (ranked third by FG pre-season) has been mashing since June, posting an .890 OPS. Joe Ryan (sixth) is struggling since the All-Star Break, but he’s still sporting a sub-4.00 ERA and is, at worst, Minnesota’s third-best starter. Fire-baller Jhoan Durán has the fifth-best Win Probability Added among relievers and is as fun to watch as anyone in baseball.

But everywhere else in the system, Minnesota’s best hopes for impact in 2022 are dropping like flies. That’s not a position anyone wants to be in; doubly so when the Twins are trailing the Cleveland Guardians in the standings.

How did we get here?

A lot of it is the kind of almost-impossibly bad luck that almost seems exclusively reserved for the Twins. How often does your former No. 1 overall pick shred his ACL in the offseason, only to come back and perform incredibly well after two years of no baseball, and then tear an ACL again three innings into his outfield debut? Probably about as often as a team loses 18 consecutive playoff games.

What’s worse, Lewis is precisely what the Twins need right now. Correa would still hold the job at shortstop, but Lewis patrolling the outfield would give Minnesota much more room to rest Buxton. Even if Lewis simply severely sprained his knee and was returning, having him be the replacement for Alex Kirilloff would be much preferable to Gilberto Celestino or Jake Cave.

Because, let’s remember, Lewis spent his brief time in baseball this year absolutely raking. He posted a .939 OPS in St. Paul, a mark that would currently rank fourth in Triple-A. His 41 plate appearances for Minnesota saw him rack up an .867 OPS. Maybe that doesn’t continue as the league adjusts to him, sure. But shave even 100 points off that, and you’d still get a player who ranks 77th among 242 players with 250-plus plate appearances. We’d be talking fifth on the team, between Correa and Jorge Polanco.

Put it this way: In 12 games, Lewis was worth a half-win in the standings. If this was the real Lewis, and it sure seemed it was, that alone probably makes up for the gap between Minnesota and Cleveland.

And Lewis is just the headliner. Austin Martin was FanGraphs’ top prospect, starting at shortstop at Double-A Wichita. But Martin’s gone backward in his second season at Class AA. His walk rate, Martin’s bread-and-butter, declined from 13.7% to 11.7%, and his batting average and power took a tumble. Just 11 of his 58 hits were for extra bases, giving him an insanely low .064 isolated power. If he took a leap, surely he’d be in line for at-bats today. Instead, he’s out of the mix entirely, at least for this year.

Let’s keep running down that top-10. Josh Winder and Jordan Balazovic were fourth and fifth, respectively. Winder made the majors for 45 innings, but despite mid-90s heat, he hasn’t figured out MLB hitters yet. Winder struck out 29% of the batters he faced as a pitcher last season, but that’s been cut almost in half (15.3%) for the Twins. Could it be related to his shoulder problems, which might keep him out until September? Perhaps. But even still, that’s a bit of a red flag for a team that needs pitching help now. 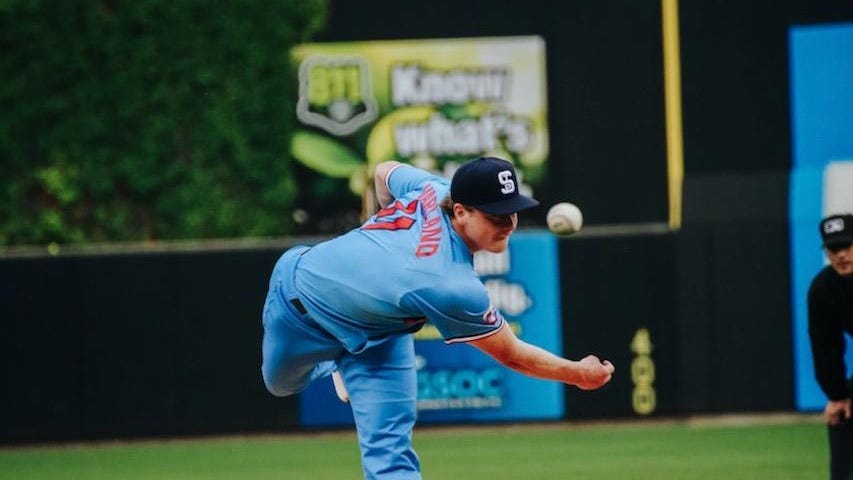 Balazovic is more in the Martin camp: Not hurt but merely wildly struggling. The jump from Double-A to the majors isn’t seen as particularly large nowadays, but Balazovic is having a rough time in Triple-A. He’s having a tougher time striking out hitters, dropping from 9.46 K/9 last year to 8.42 this season. His walk rate ballooned to 4.75 per nine innings this season.

He’s also had massive issues with keeping the ball out of the air. Sure, he only gives up fly balls 31.1% of the time, which seems solid. But it appears that when opposing batters hit Balazovic, they hit him hard. Of those fly balls, 31.9% have turned into home runs. Is that influenced by bad luck? Almost certainly. But 26.5% of his batted balls also result in line drives, suggesting hitters are regularly punishing Balazovic. It’s hard to chalk up that home run rate and his .417 BABIP entirely to luck. He won’t be there to help Minnesota.

Canterino (eighth) has been dominant in Double-A despite a staggering 5.77 BB/9 rate, but he needs Tommy John surgery. Forget 2022. The Twins will be lucky if he can pitch an inning for them in 2023. Minnesota’s pitching help hopes rest on two 22-year-olds. Ronny Hernandez (ninth) has a 5.60 ERA for St. Paul but has solid peripherals. And Simeon Woods Richardson (tenth) has dominated Double-A with a 3.02 ERA. Will the Twins trust either with high-leverage innings in a playoff chase? If not them, it’s hard to guess who.

Kirilloff burned his rookie eligibility last season. But he was very much still a prospect at 24. He saw the wrist problems he had surgery to fix last season crop up again, sapping his power. He cost the Twins about half a win before going under the knife to end his season after 45 MLB games. Would a healthy Kirilloff have made a difference?

No one wants to get stuck in doomer-ism, but you don’t lose 18 consecutive postseason games without bad luck. So when doom inevitably strikes again, and as often as it has for the Twins this year, fans are going to sit up and take notice. And with the team in a funk, it seems typically Twins-like that after looking full of help in spring training, there’s no savior waiting in the wings now.