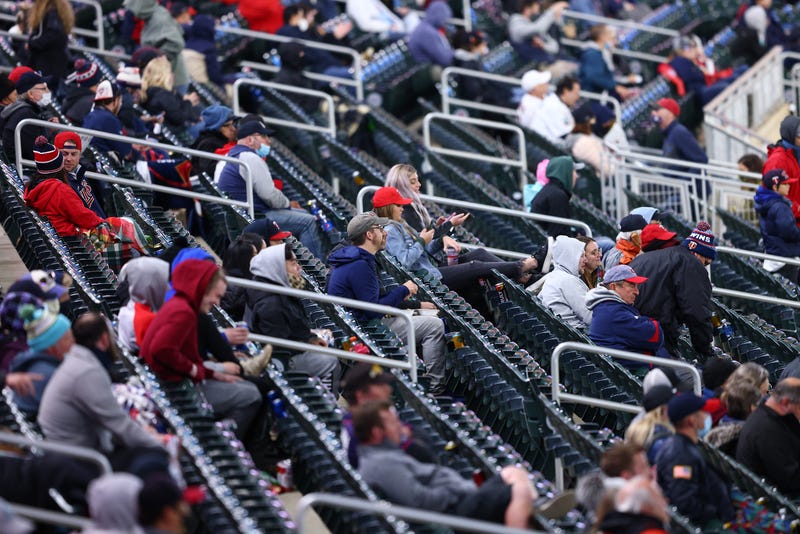 Tickets for the next 12 Twins home games at Target Field are now on sale, and more fans will be able to go to those games.

Twins spokesman Matt Hodson says they're raising capacity past the 10.000 mark, which has been in place since the season opened to follow social distancing guidelines.

"We're going to expand it a bit," said Hodson. "It's not going to be up to full capacity yet. It could be upwards of half-capacity."

Which means roughly 20,000 fans at Twins home games starting with their next home game on May 14 against Oakland.

"We're not putting a hard cap on it," he said. "We'll still sell seats in pods, with physical distancing requirements going away for outdoor venues, we'll be able to seat people in the middle of rows, and aisle seats."

Hodson says the Twins are hoping to begin selling tickets for all remaining home games of the regular season.