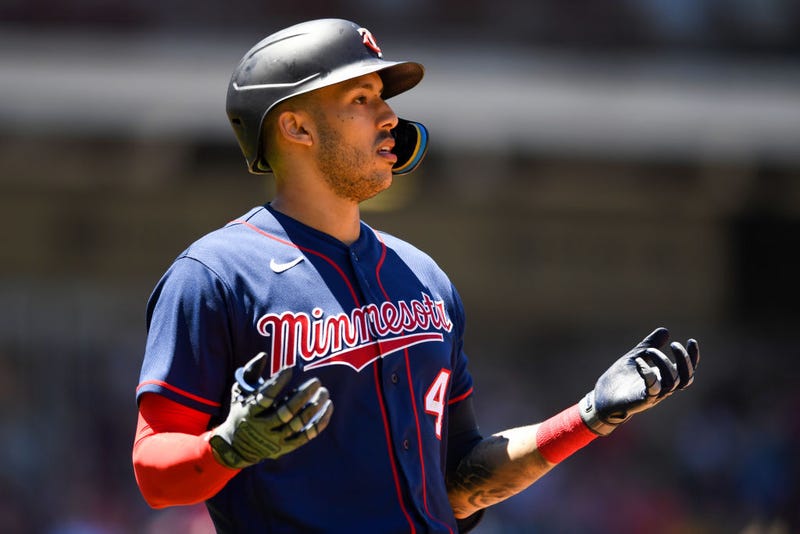 Carlos Correa, who signed with the Twins going into the 2021 season and fans hoped would push the team back into the playoffs. Correa can opt-out of his deal after this season. Photo credit (Photo by Nick Cammett/Getty Images)
By CJ Baumgartner, Zone Coverage

For the second straight weekend, the Minnesota Twins entered their biggest series of the season with a matchup against the Cleveland Guardians. The Twins could not have played worse in either series. They went 1-8 during nine of their most crucial games of the season. Statistically, the Twins are still in the AL Central race, but in reality, their chances of making the playoffs are over.

The team had multiple five-game leads in the AL Central throughout the year. Minnesota’s final record is now irrelevant. Ultimately, the way this season ended has been a disappointment. There are now compounding seasons where the Twins have made their fans feel like their team has underachieved.

There was plenty of optimism in Twins Territory before the 2021 season. The team was coming off of back-to-back AL Central titles and showed no signs of slowing down. Until they did. The 2021 Twins didn’t just slow down; they completely broke down. A team that had World Series ambitions finished in last place. It was a season almost exclusively filled with non-competitive baseball. They had a 22-31 record on June 1. They also no longer had José Berríos and Nelson Cruz, two key players in their playoff runs.

Nobody will argue that 2021 wasn’t a massive disappointment for the Twins. As everyone looks back on this season, though, is this year as disappointing as 2021?

Expectations for this year’s team didn’t start as high as they did in 2021. FanGraphs gave the Twins a 40 percent chance to reach the postseason on Opening Day. They weren’t completely counting the Twins out, but the White Sox were expected to walk away with the division like they did the season before.

However, the Twins put themselves in a great position to reach the playoffs by taking an early lead in the AL Central. Minnesota had a 30-22 record on June 1, but they have failed to put together a winning month since then. Still, FanGraphs gave the Twins a 63 percent chance to win the division on July 2. The White Sox and Guardians were struggling to even post a winning record in the middle of the summer. As it stands now, the Twins have a 0.4 percent chance of winning the division.

Following last year, many people who follow the team expected the Twins to take a step back. They would lean more on younger core players like Alex Kirilloff, Trevor Larnach, Joe Ryan, and others. Competing in 2023 looked like the main goal. Even after they traded away Josh Donaldson in a blockbuster move, it seemed like they were just trying to move off of him. But then they signed Carlos Correa to a basically one-year contract worth $35.1 million. It was a move that shocked the baseball world. It also gave Twins fans a reason to be excited about the upcoming season.

A mid-market team like the Twins wouldn’t have made that kind of financial commitment for Correa if they didn’t think there was a good chance to go on a postseason run. Correa has slashed .285/.363/.466 with 21 home runs in 123 games for Minnesota. Still, a rough July and poor numbers with RISP have left some Twins fans feeling disappointed in his production. Correa has an opt-out on his contract after this season, which means he’s likely gone as soon as the season is over. 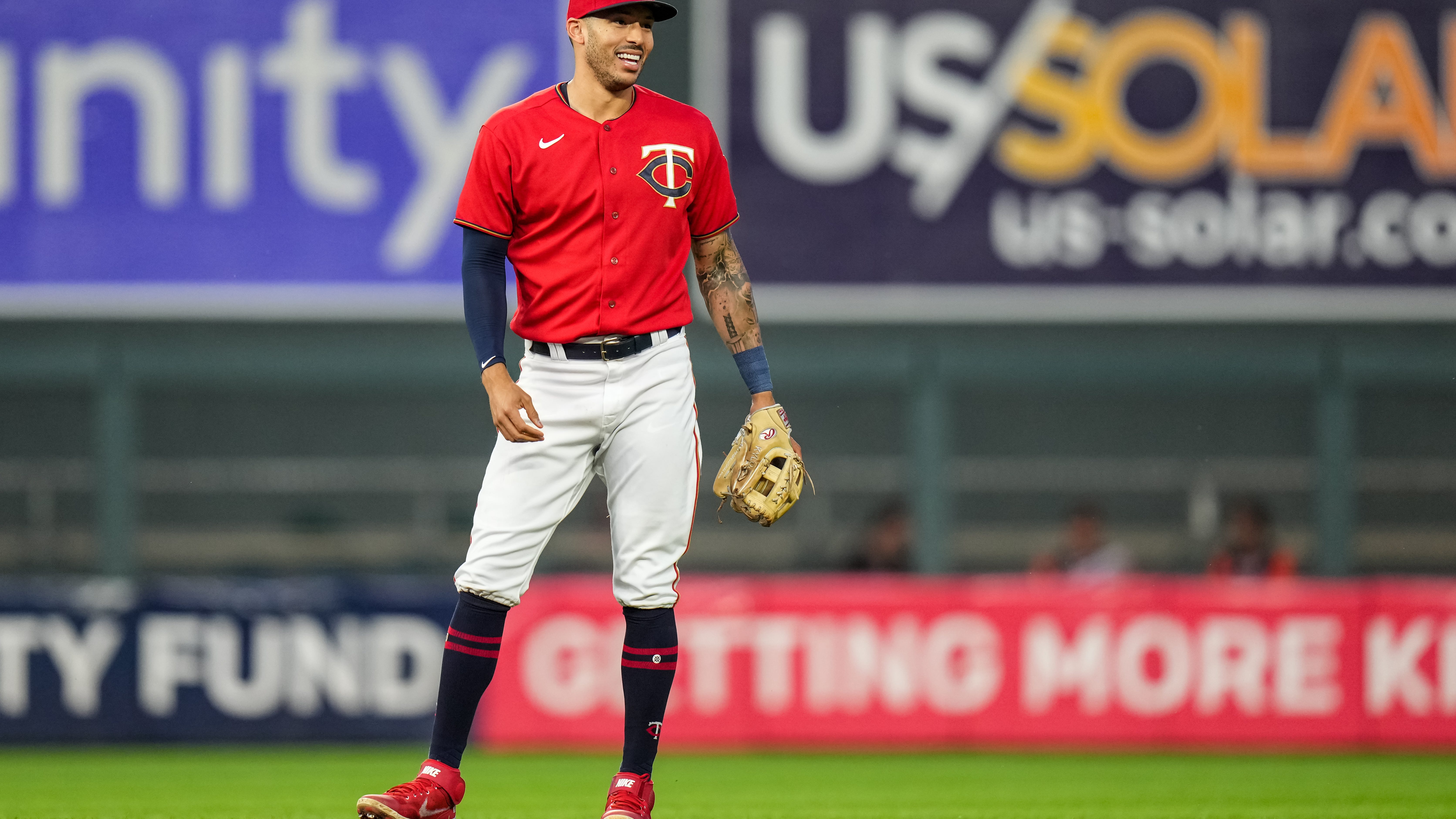 Maybe the Twins can work out some kind of deal to bring Correa back. Perhaps he will opt back in for another season. However, that seems unlikely for a 27-year-old who can cash in on the open market. This season was an excellent opportunity for the Twins to make an impression on Correa and sign him long-term. It feels like they will fall short of that goal because they don’t even have a postseason run with him to show for their efforts.

Not only did the Twins land Correa, but they also were the only team in the division to buy at the trade deadline. They brought in Tyler Mahle, Jorge López, and Michael Fulmer to beef up a faltering pitching staff that needed help. However, Mahle has only made four starts before they put him on the injured list. López has allowed more runs in 18 innings with Minnesota than he had in 48 innings with the Baltimore Orioles. Mahle and López are under contract for next season. But the main reason for bringing these guys in now was to win this season. However, they didn’t come close to doing that down the stretch. 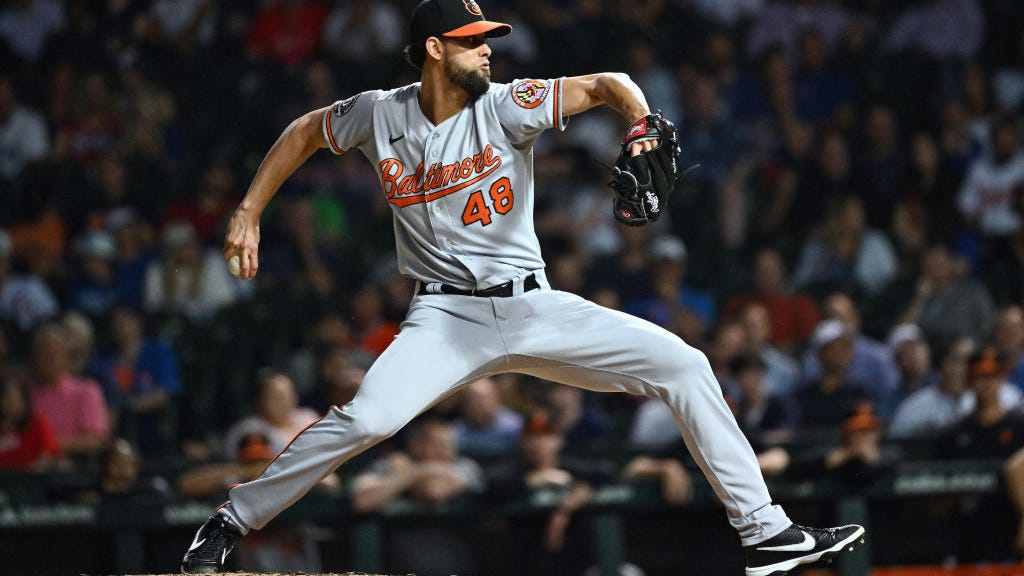 Speaking of pitching, the bullpen is one of the biggest reasons this team has degraded over the past couple of months. Emilio Pagán, Joe Smith, and Tyler Duffey all had negative WPAs, and they were expected to play a big role in the back end of the bullpen. Smith and Duffey aren’t on the roster anymore.

Minnesota’s prospect pitching pipeline of Josh Winder, Bailey Ober, and Jordan Balazovic never fully materialized. Instead, Dylan Bundy and Chris Archer made starts for them all year. Ober and Winder missed time with injuries, but Balazovic regressed in Triple-A, with a 7.47 ERA in 62 innings for St. Paul.

Still, injuries may have been the most significant factor this year. Losing Kirilloff, Larnach, Ryan Jeffers, and other key players like Byron Buxton to injuries was not ideal for their playoff chances. Jorge Alcalá, Chris Paddack, and Kenta Maeda also missed significant time this season.

Nobody can be singled out for injuries. It’s a part of the game everyone has to deal with. If you want to say injuries were the main thing that derailed this team, I wouldn’t blame you. However, this division was still theirs for the taking because they had an easy schedule in the season’s final two months. Therefore, it’s hard to fully absolve the Twins of their poor performance when it counted most.

In 2021, the Twins were more of a disappointment. They went from a team projected to win 90-plus games that nearly lost 90 contests. That team was disappointing early, and everyone knew postseason baseball wasn’t possible by mid-June.

The 2022 Twins are disappointing for a different reason. They were in control for over half the season in a highly winnable division. Minnesota added players at the deadline, but they have been unable to finish down the stretch. This season isn’t far behind as a let-down for Twins fans.

The 2021 and 2022 seasons have both resulted in disappointing finishes for the Twins. Even if they are different kinds of disappointments, the feeling isn’t going to sit well with fans over the winter. Postseason baseball is a possibility for this team when things are going right, which makes it all the more difficult to watch when they fall apart.

See all of our Zone Coverage stories here. 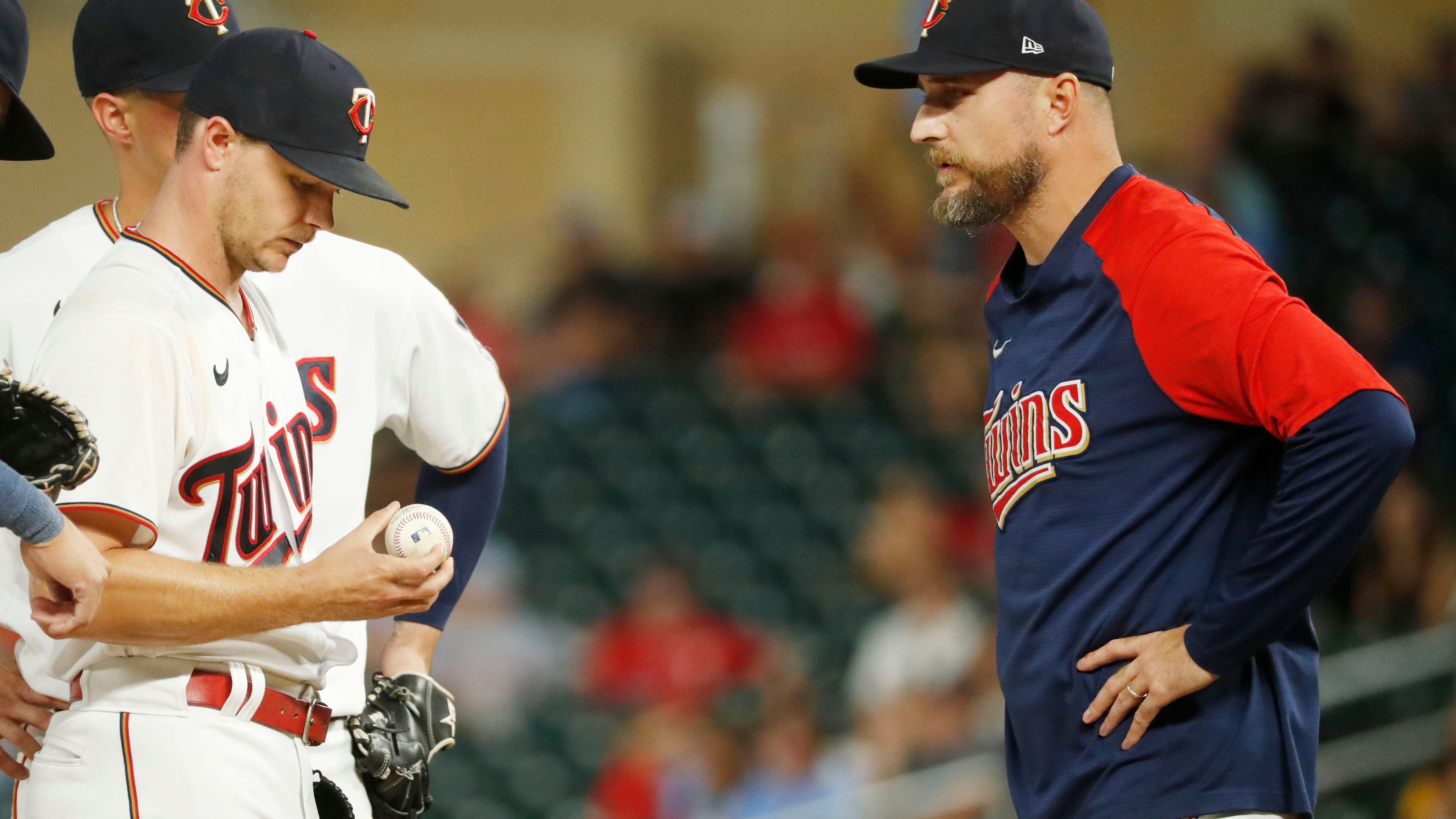