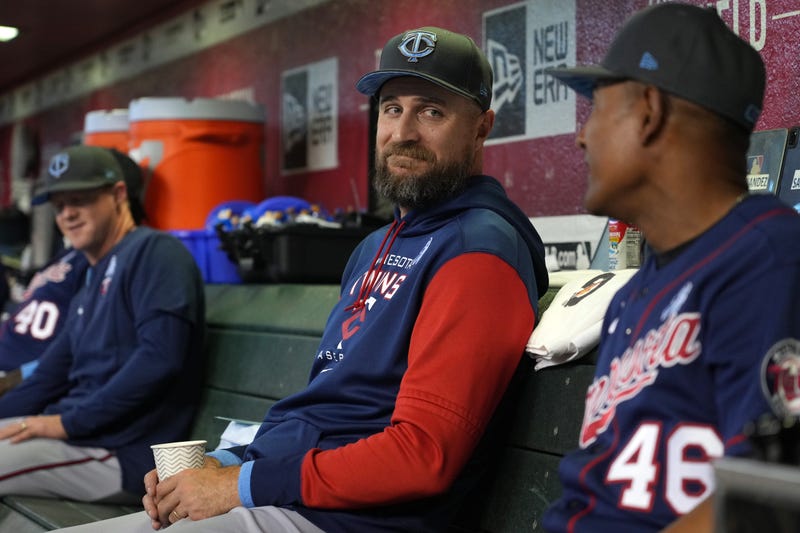 Like many teams, the Minnesota Twins are debating what they will do at the trade deadline. Because they lead the AL Central, the Twins are in a position to add pieces to make a run in the playoffs. But with a talented core including Royce Lewis, Alex Kirilloff, and José Miranda beginning to take form, the front office may be reluctant to mortgage the future.

It’s a dilemma that every team goes through this time of year. But in Minnesota, it comes with a twist.

Carlos Correa is likely to opt-out of his contract after the season. If the Twins want to keep him, they could endear him to the organization by being aggressive at the deadline. But what do the Twins need to fix to become a bona fide contender? And do all of Minnesota’s problems come at too high of a cost to correct at the deadline?

It starts with their most glaring need of all – starting pitching. Joe Ryan and Sonny Gray have been reliable at the top of the rotation, but the rest of the staff has their own concerns.

Chris Archer has been solid, but at age 33, he appears to be more of a long reliever than a top-of-the-rotation workhorse. Dylan Bundy got off to a great start, but he has an 8.39 ERA over his past six starts. And Chris Paddack, Bailey Ober, and Josh Winder‘s injuries have deprived the Twins of their depth.

Gray has already made a pair of trips to the injured list, so the Twins would be wise to add a starter. Oakland’s Frankie Montas and Cincinnati’s Luis Castillo are two names the Twins should consider looking at, but they will come at a considerable cost.

At this time last year, the Twins were sellers at the deadline. José Berríos was the top available pitcher on the trade market and several teams lined up with their best offer. Ultimately it took two top 100 prospects, Austin Martin and Simeon Woods Richardson, to get a deal done.

Are the Twins willing to pull off a similar deal to grab an ace? MLB Pipeline considers Lewis, Martin, and Miranda top-100 prospects. At least one of those names could be required to land Montas, who won’t be a free agent until after the 2023 season.

Even if the Twins opt to go with Castillo, it could mean parting with a pitching prospect such as Woods Richardson, Jordan Balazovic or Matt Canterino.

Of course, starting pitching is not Minnesota’s only need. While the bullpen has survived after the Taylor Rogers trade, it’s lacking the high-leverage reliever who can reliably get outs in October.

Pittsburgh Pirates closer David Bednar is the top name on the market. However, relief pitching is an area where the Twins could make a lesser deal that has a similar impact.

The Twins were desperate to land bullpen help in 2019 and there were plenty of names available. But looking back on who was available, it’s safe to say Minnesota made the right decision by not making a massive deal.

The San Diego Padres were shopping Kirby Yates coming off his lone All-Star appearance. It wasn’t certain what the Padres were asking in return for the left-hander, but he ultimately remained in San Diego. He hasn’t been effective since, appearing in only six games since the start of the 2020 season.

Shane Greene was another rumored target, but like Yates, he proved to be fool’s gold. After the Detroit Tigers traded him to the Atlanta Braves for a pair of prospects, Atlanta designated Green for assignment after posting an 8.47 ERA in the first half of the 2021 season. He has since appeared in 10 games for the Los Angeles Dodgers.

Atlanta ultimately landed Will Smith, who fueled a championship run last season. But the Twins opted to trade for Sergio Romo and Sam Dyson. The two relievers cost only one top 30 prospect, but they offered vastly different results.

Romo became a veteran presence in the bullpen and helped solidify the unit in the final weeks of the regular season. Although he collapsed in the final half of the 2020 season, he was a net positive until he left as a free agent the following winter.

However, Dyson is a story of how the value approach can go wrong. The Twins thought they were getting a set-up man in the deal, but he wound up having a shoulder injury that required surgery. Dyson was later accused of domestic violence and has been out of the league since.

Given how unpredictable relievers can be, it would make more sense for the Twins to find a lesser name and hope he sticks.

Still, Minnesota’s need for pitching help is nothing compared to their need to add to the lineup. The Twins currently rank 15th in runs per game but have been shut out an MLB-high nine times this season. Calling up Kirilloff would help the cause, but there is a case to add a veteran bat down the stretch.

Adding Willson Contreras seems like a pipe dream, and it’s debatable how much someone like Andrew Benintendi would help the cause. But it’s another case where a small move can go a long way.

The Braves are a perfect example after last year’s trade deadline. With a need to revamp their outfield, Atlanta made three separate deals to acquire Jorge Soler, Eddie Rosario, and Adam Duvall. All three players played a key role in their run to a World Series run, and Rosario wound up being the NLCS MVP.

If the Twins make all three of these moves, it will likely cost two top-100 prospects and a handful of random players throughout the organization. That doesn’t seem like a steep cost, but they would have to self-evaluate how competitive they are in the American League.

Going all-in doesn’t guarantee that they’ll be able to compete with the New York Yankees, who are currently on pace to surpass the 2001 Seattle Mariners for most wins in a season. It also doesn’t put them on the level of the Houston Astros, who might own one of the best rotations in baseball. They also may face some meaningful competition from the final wild-card spots.

But nobody gave the Braves a chance to compete last October, and they wound up winning the World Series. The Twins need to snap their streak of 18 straight playoff losses, so the risk may be worth the reward.