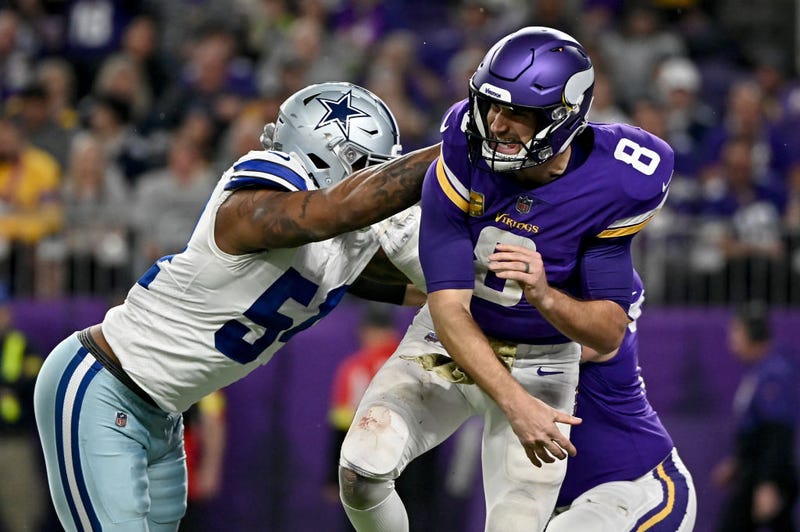 Kirk Cousins #8 of the Minnesota Vikings in action against the Dallas Cowboys during the second half at U.S. Bank Stadium on November 20, 2022 in Minneapolis, Minnesota. Photo credit Stephen Maturen/Getty Images
By Paul Hodowanic and Joe Hiti

Vikings star wide receiver Justin Jefferson didn’t hold back on Monday when reflecting on the loss to the Dallas Cowboys on Sunday. Jefferson called the game a "disaster" and an "embarrassment."

“It’s tough, you know, Kirk getting sacked before you even get out of the break,” Jefferson said.

Jefferson thinks the team needs to be better with making adjustments in games where things aren't going as planned, including throwing the ball quicker to avoid the costly sacks that hurt them frequently. On Sunday, quarterback Kirk Cousins was sacked a career-high seven times.

“If things are not working out the way we planned, then we need to find a way to adjust and go towards something that will work for us,” Jefferson said. “We can’t just continue to keep doing the same thing throughout the game, even though it’s not working.”

The Vikings picked up their second loss of the year by a score of 40-3, not scoring after their second possession of the day.

“It’s just the fact that we lost by 37 points at home,” Jefferson said. “It’s just embarrassing being in that situation.”

First-year head coach Kevin O'Connell told the team Monday that they got their butt whooped.

The team’s schedule doesn’t get much easier the rest of the way, as on Turkey Day, they will face the New England Patriots and defensive lineman Matthew Judon, who leads the league with 13 sacks.

Jefferson says the team is glad it has a short turnaround, so they can get the bad taste of Sunday's game out of their mouth and “get back to where we would like to be.”

“It’s going to show what kind of character this team has. What kind of leaders this team has, this organization has. How we respond after a game like that,” Vikings wide receiver Adam Thielen said. 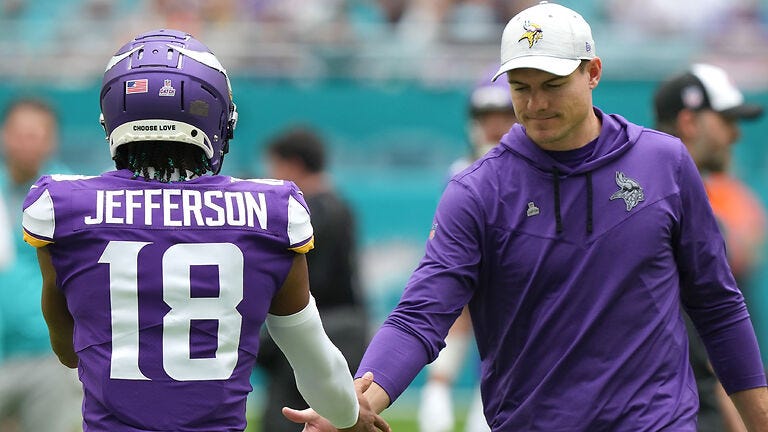 Kevin O'Connell's coaching rise not a surprise to Bill Belichick 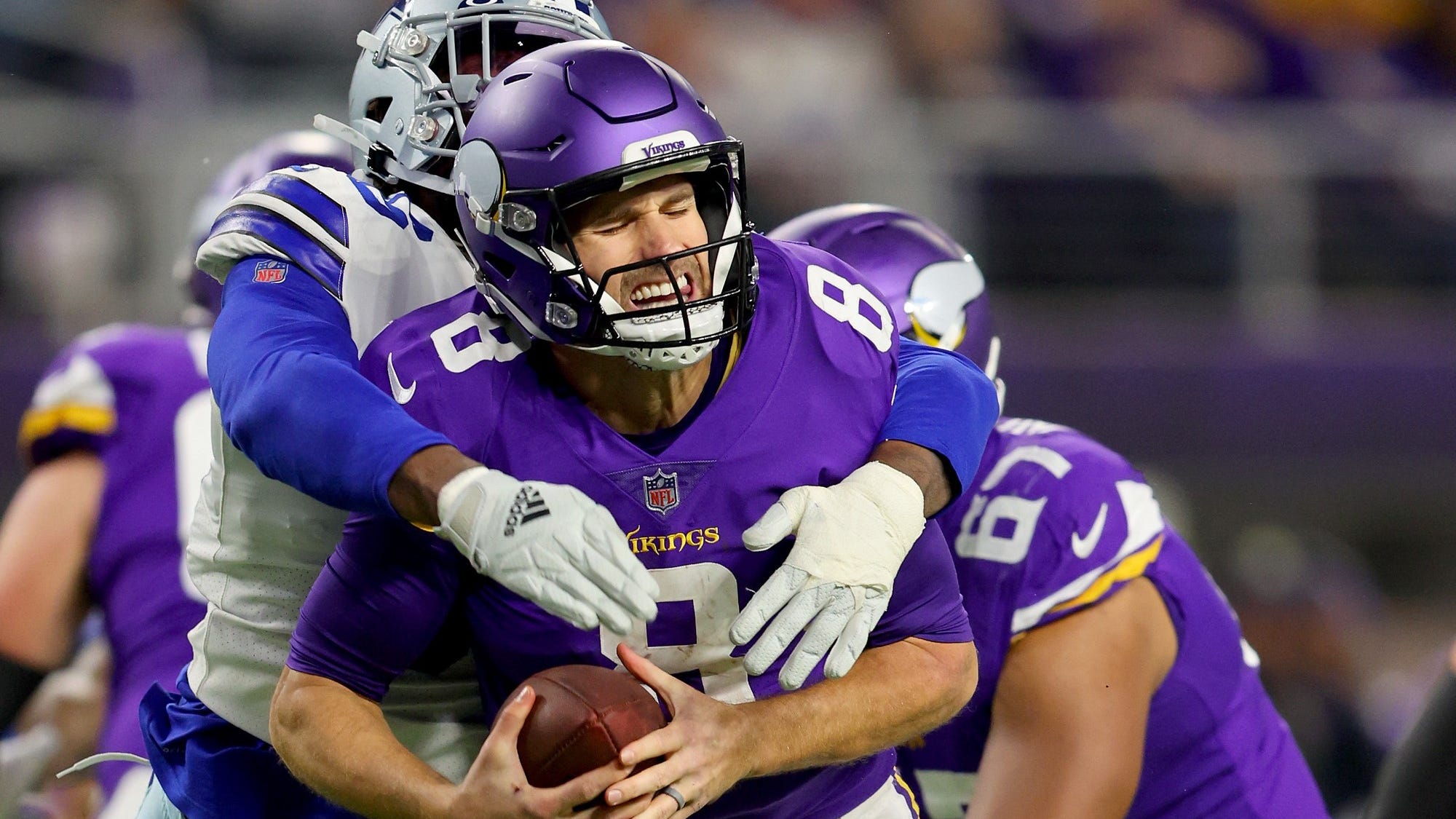