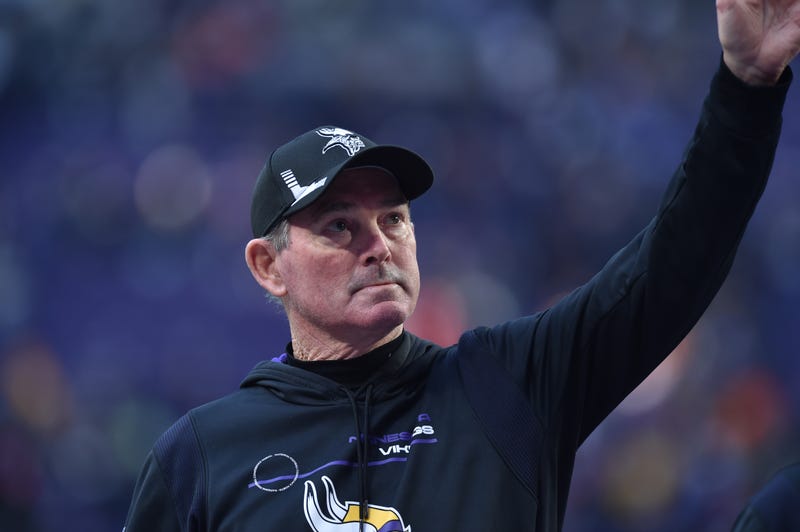 Mike Zimmer took a moment before the Minnesota Vikings’ final game this season. Sitting on Minnesota’s bench in front of an empty stadium, we’ll never know what he was thinking about as he took it all in. He probably didn’t expect the Chicago Bears to be ahead 14-3 at halftime in a game where he started his best players. It may have surprised him that Minnesota would win 31-17, only the second game they’ve won by two scores all year. 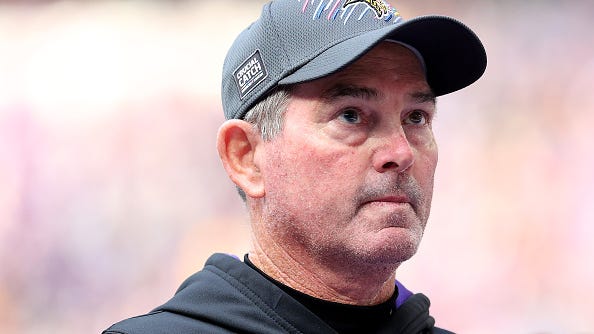 But, most of all, it’s hard to know if he was considering that Justin Jefferson‘s ability to break Randy Moss‘ all-time receiving record was at stake in this game.

“I don’t care about records,” Zimmer said after the game. “I care about wins.”

Zimmer had the right sentiment if the Vikings were playing for anything in this game. But they were not. Losing a winnable game against the Los Angeles Rams two weeks ago and getting blown out by the Green Bay Packers in Lambeau eliminated them from the playoffs. When asked about the lost season, Zimmer has repeatedly pointed to the close games. Dalvin Cook‘s overtime fumble in Cincinnati. Greg Joesph’s missed gimme in Arizona. Cameron Dantzler playing too far into the end zone in Detroit.

But the issue, broadly, is that they didn’t put teams away. They beat the Seattle Seahawks and Chicago, two non-playoff teams, by more than two scores. That’s it.

Zimmer’s players knew this wasn’t sustainable. Adam Thielen said that he wanted the Vikings to step on the gas after the loss to Cooper Rush and the Dallas Cowboys, and Jefferson mentioned that the offense was not aggressive enough after losing to the Rams. The Purple faithful repeatedly pleaded with their team to mercilessly attack their opponents using Jefferson and the wide receiver corps. And on a top-heavy team, Minnesota got production from their depth. K.J. Osborn stepped up as a viable WR3 in camp. Ihmir Smith-Marsette got better all year, culminating in his three-catch, 103-yard performance on Sunday.

But the issue, specifically, is that Zimmer chose to play his starters in a meaningless game. He was risking an injury to one of them that could linger all offseason or simply putting miles on his star players when he doesn’t have to. The decision itself is justifiable. The players want to play. Fans want to see their team win. And, hell, Zimmer couldn’t have been too focused on Minnesota’s future.

Now he's not going to be part of it.

However, if you’re going to play the stars, let them hit incentives. Not only in their contracts, which had to be the case for multiple players in this game. Let Jefferson try to break Moss’ single-season record of 1,632 yards, especially when he enters the game 124 yards shy. Unquestionably once he gets 17 yards away. Tantalizingly close. Frustratingly close.

“Just being that close and not getting it, definitely tough,” Jefferson admitted, “but it is what it is.”

“We talked all week, really,” said Kirk Cousins. “I mentioned (the record) at his locker earlier this week that I’m aware of it. I didn’t want him to ever think that I’m not aware of it and that I want to help him as best I can.

“He understands as a professional that the win comes first, and we’ve got to play the game. You’re not going to go chasing it. But we were close.”

Moss’ record has become more breakable as time goes on. Not because his efforts have become diminished over time. Far from it. Rather, the league has changed. Teams are choosing not to pay their running back so they can have an arsenal of receivers. Quarterbacks, even average ones, command exorbitant contracts. The best offenses can beat the most stout defenses, especially ones with players like Jefferson.

On top of that, Jefferson welcomes the Moss comparison, and it feels like the feeling is mutual. He’s worn shirts with Moss’ image on them and wore the SuperFreak’s Pro Bowl jersey before the Monday Night game in Chicago. Moss was doing that game for ESPN, and he let Jefferson know that he had made the NFL’s All-Star Game for the second year in a row before the game. Breaking Moss’ record is important to Jefferson, no matter what he says.

However, this goes beyond Jefferson and Moss’ record. Zimmer’s defense that dominated the league in 2017 has deteriorated. Remnants remain — Anthony Barr, Harrison Smith, and Danielle Hunter when he was healthy. Patrick Peterson came over as a free agent, and the Hall of Fame corner has wholeheartedly endorsed Zimmer. But most of it is long gone.

This year, Zimmer’s defense was patched together with expensive free-agent contracts to win the way he wanted to – running the ball, controlling the clock, and stifling the other team’s offense. It didn’t work, though, and they had the personnel to win with a modern approach. That would have been especially so if they had taken some of that free-agent money and put it on the offensive side of the ball or chosen not to extend Cook and invest more elsewhere. Say, the offensive line.

That’s neither here nor there right now. The Vikings had Super Bowl aspirations and finished 8-9. They have an expensive but serviceable quarterback and a receiving corps that looks better by the day. Change seems inevitable. Now it’s up to ownership to make the right moves to capitalize on having a player who was 17 yards shy of a major team record this year.

After the clock struck 0:00 and Minnesota had won, Zimmer took a moment to soak it all in. He gathered his son, Adam, and co-defensive coordinator Andre Patterson for a picture on the 15-yard line, then stood and looked back at the Vikings’ billion-dollar palace.

“It was just something that we planned on doing,” Zimmer said, dismissing that it had anything to do with this potentially being his final game coaching the Vikings. “Andre and I haven’t had a picture together, so we just talked about it before the game.”

Perhaps that’s right. But at that moment, he could look up at the scoreboard and know that his team had finished ahead. He had won the game his own way.