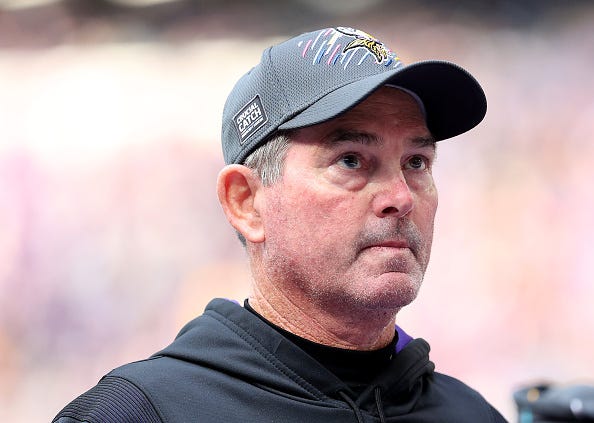 The Vikings have struggled the last two seasons, and before the 2021-22 campaign began, many felt that Zimmer was on the hot seat, needing to “win now.”

Zimmer was brought in as the head coach of the Vikings in 2014, and in his seven seasons with the club, the team has amassed a record of 72-56-1, making the playoffs only three times and never in consecutive years.

This season has been filled with disappointing games, from the Halloween massacre against the Dallas Cowboys' second string quarterback to the walk-off loss against the 0-10-1 Detroit Lions.

Minnesota Vikings General Manager Rick Spielman has also been fired, according to reports.

The Vikings spot was the first head coaching gig for the longtime defensive coordinator, but now Zimmer will hit the job market.