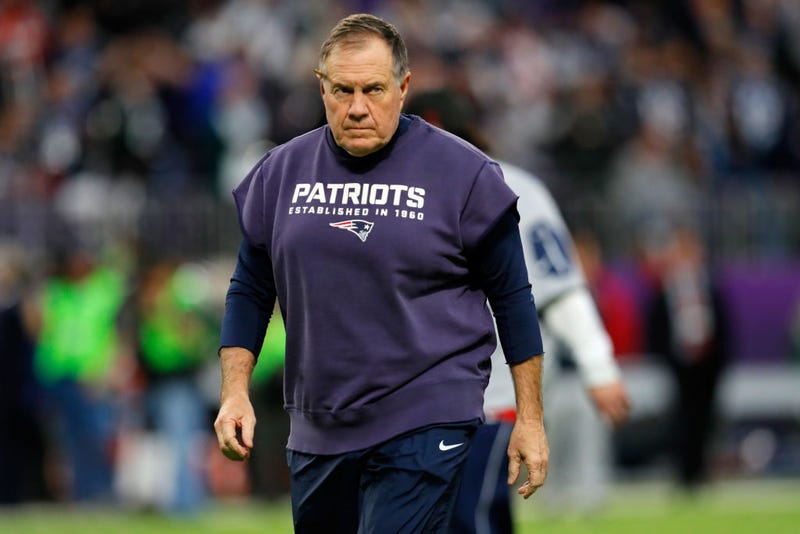 Head coach Bill Belichick of the New England Patriots who last set foot in U.S. Bank Stadium in February of 2018 for the Super Bowl. The Patriots have not played the Vikings in Minneapolis since 2014, prior to U.S. Bank Stadium being completed. Photo credit (Photo by Kevin C. Cox/Getty Images)
By Tyler Ireland, Zone Coverage

The Minnesota Vikings’ win over the Buffalo Bills in Week 10 felt like a movie. Hailed by many as the game of the year, Minnesota came back from a 17-point deficit late in the third quarter to force the game into overtime. The Vikings ended up winning dramatically, with Patrick Peterson forcing an interception to seal the game.

During Kevin O’Connell’s locker room speech after the Bills game, he proclaimed, “What we earned here today is the final stamp on understanding that we are one of the best teams in this league!” Afterward, Patrick Peterson continued the Vikings’ newfound tradition of flexing iced-out chains on the plane ride home, one that Kirk Cousins popularized with Christian Darrisaw and Kris Boyd’s help.

Yet a couple of people seemed to be worried about the possibility of the team buying too much into their own hype. During a press conference on Nov. 10 ahead of the Vikings game against the Bills, offensive coordinator Wes Phillips said, “I kind of miss the time when that moment on the plane was only for us (before social media).” Cousins echoed a similar sentiment regarding the airplane celebrations, saying, “Once it got out and the train gets on the tracks, it’s hard to stop it at that point.”

After getting their first statement win of the season, it felt like the Vikings were on top of the world. The national media went from questioning Minnesota’s status as contenders to suddenly singing their praises in the course of a week. After the team’s triumphant win, the media wanted a piece of the Vikes. CBS had Peterson interview the typically mild-mannered Harrison Smith ahead of America’s Game of the Week. Meanwhile, Kyle Brandt tried to fit in as many dad jokes as he could in three minutes and somehow managed to get Cousins in for a facetime cameo. The Vikings had finally convinced the media to jump on the bandwagon.

Then the Dallas Cowboys rode into town, and they brought a Texas-sized butt whooping with ‘em. Remember, this is America’s Game of the Week, and the Cowboys are America’s team. I’ll spare you the exposition, but the Vikings got routed so badly that CBS switched to the Pittsburgh Steelers vs. Cincinnati Bengals before the fourth quarter. The national media and talking heads alike started clowning the Vikings faster than they hopped on the bandwagon. CBS, FOX, and PFF were among the first to start. ProFootballTalk (aka, Mike Florio) acted like the sky was falling while Barstool Sports published an article titled: The Fraudulent Minnesota Vikings Are The Worst 8-2 Team Of All-Time.

The vibes of the team post-game were that of disappointment. Jordan Hicks called the performance “unacceptable.” When asked if the Vikings were affected coming off such an emotional victory against Buffalo, Hicks immediately rebuffed, “No excuses there.”

“I just feel like we got outplayed today from the start to the finish,” Peterson said. He later added, “Coach [O’Connell] always talks about the fusion and the momentum. We did a good job of that throughout the season, but we didn’t do a good job of that today. Guys in this locker room, we all understand that wasn’t our best performance.”

Players on the team will never openly admit it, but I think there’s something to be said about the emotional roller coaster the Vikings have been on since the Bills game. This team went from the highest of highs beating Buffalo in a game that at times had a similar feeling to the Minneapolis Miracle to the lowest point they’ve been in so far this season.

Since members of the media were so desperate to interview all these different Vikings players ahead of the Cowboys game, it may have negatively impacted the players’ regular weekly routines and how they prepare for their next opponent. Perhaps this is why Phillips and Cousins were nervous about those in-flight celebrations. They knew that if the team bought too much into their own hype, it would eventually lead to a lack of preparation heading into an important game. The inevitable just happened to manifest against the Cowboys.

The Vikings are on a short week, so they don’t have time to dwell on the past. Interestingly enough, their opponent knows a thing or two about staying level-headed. The New England Patriots are known for being stoic and detail-oriented. You’ll seldom see them lose due to a lack of discipline. Win or lose, every week it’s “On to Cincinnati” for Bill Belichick and his team

The silver lining is that the players are eager to play on Thursday night. “I’m very glad to play Thursday, to get that taste out of our mouth quick,” Jefferson said. Phillips also shared a similar sentiment: “So excited we get four days to prepare for the Patriots coming back.” This isn’t something you see a lot of. Usually, teams lament having to play on a short week, but oddly enough, it may actually work in Minnesota’s favor because last week’s loss will still be fresh on their minds.

One of the qualities of a good team is being able to move forward and not letting the previous week linger around in your mind, regardless of the result. This Thanksgiving, we’re going to learn more about this team’s emotional intelligence. Can the Vikings channel the Patriots by compartmentalizing these crazy last couple of weeks, or will they succumb to their own emotions? 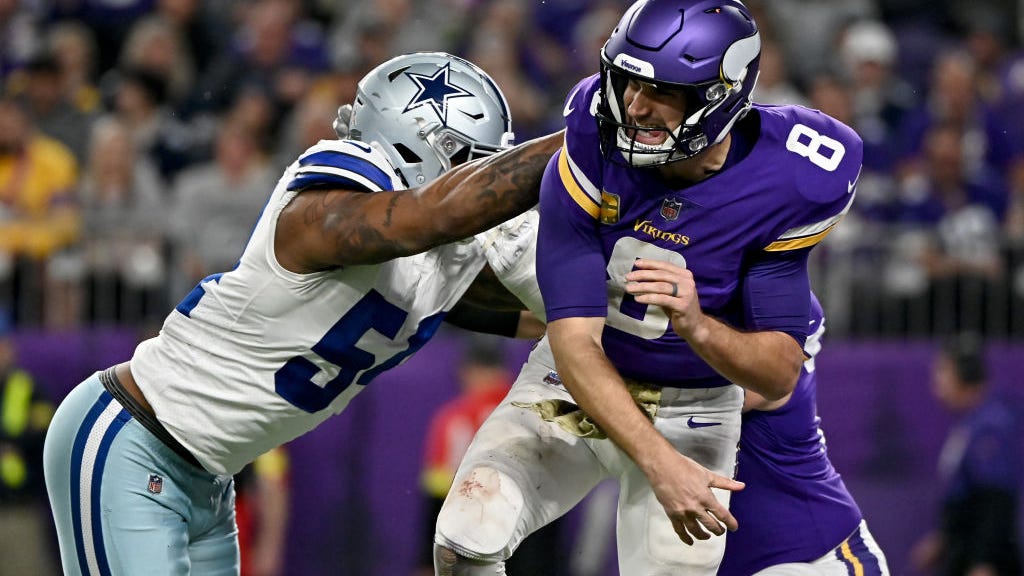 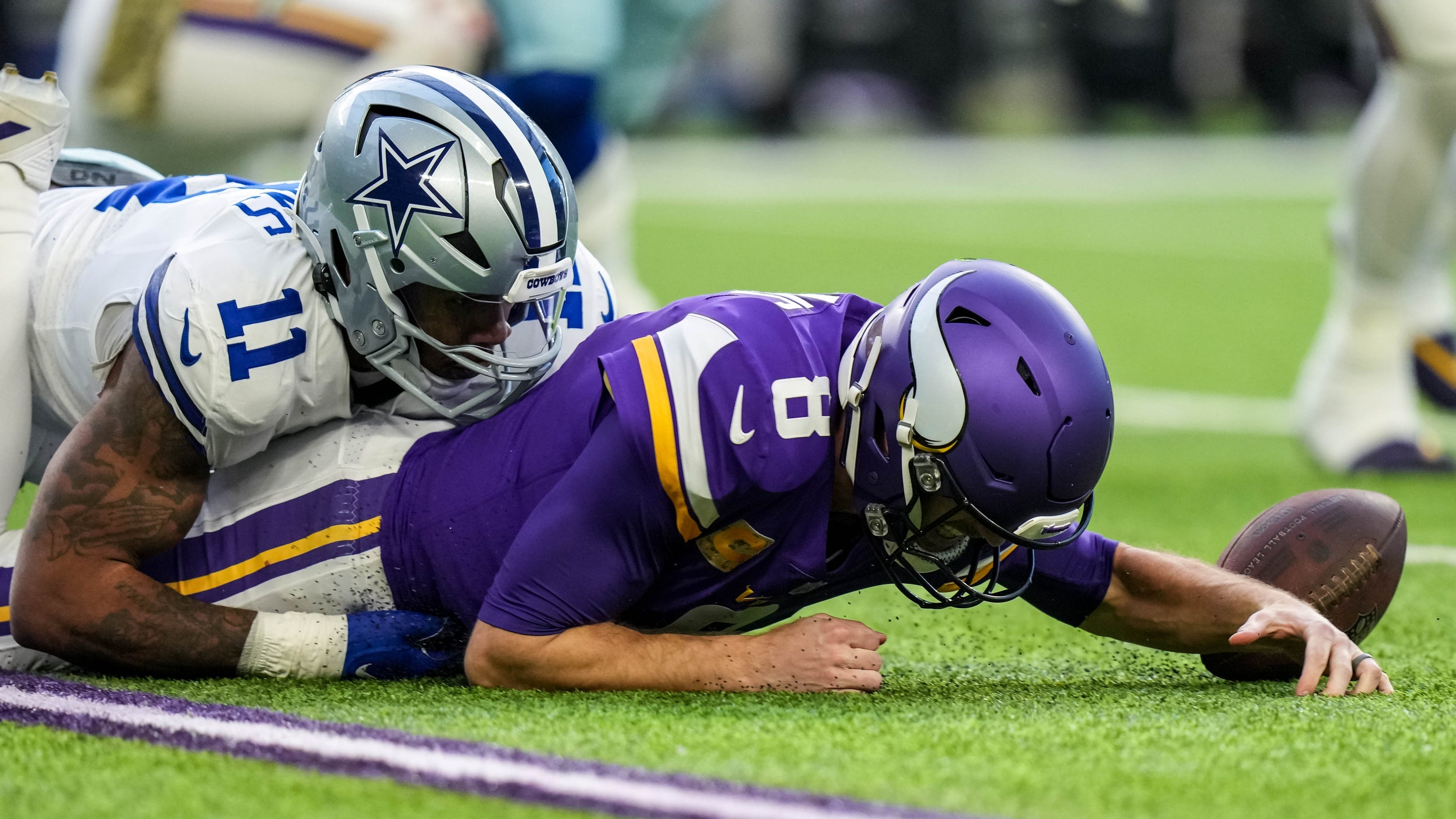