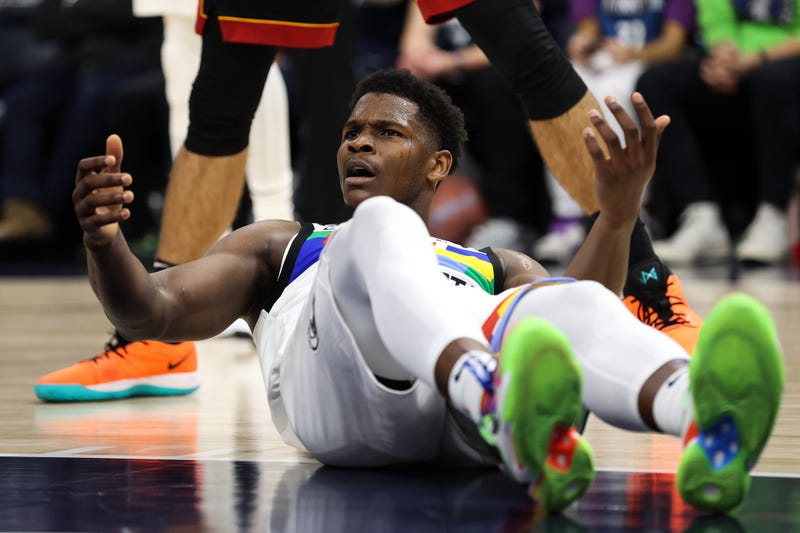 Winning the games you’re supposed to win is easier said than done, especially for the Minnesota Timberwolves. Last season, it seemed the Wolves were their own enemy when facing teams they had a clear-cut edge over. Whether that was a product of the opposition playing with a chip on their shoulder or Minnesota not showing up to play, they frequently seemed to lose against teams they were favored to beat.

Being a very young team last season was the driving force behind the Wolves losing games they had no business dropping. My mind drifts back to April 5th as the Washington Wizards were in Target Center. The Wizards were sitting at 34-44 on the year with not too much drive to win. However, the Wolves had a 45-34 record and were in a tight race with the Denver Nuggets to obtain the last playoff spot – avoiding the play-in tournament.

It was a neck-and-neck game up until midway through the third quarter when the Wizards started to pull away thanks to Kristaps Porzingis’ 25 points, Daniel Gafford’s 24-point, 12 rebound effort, and Ish Smith’s 12 dimes.

“We didn’t look like a team that was trying to make the playoffs,” Towns said after the Wolves loss to Washington. “We looked a little lethargic. Can’t afford that on games like this against a team like this. It was like a trap game. I’ve been there when you’re out of the playoffs, and you just want to spoil everyone’s fun. We knew what they were going to come with.”

Shifting gears to this year, the Wolves have had their fair share of early-season complications. However, they haven’t had trouble beating undermanned teams early this year – a testament to their older, more mature roster.

Coming off a tough loss at home against the Phoenix Suns, Chris Finch and the Wolves were gearing up for a four-game road trip. The Wolves were sitting at 5-7 when they landed in Memphis with little confidence and lacking good vibes.

Minnesota’s first stop on the road trip was a playoff rematch on the road against the Memphis Grizzlies. Despite the addition of Rudy Gobert, the Wolves got manhandled on the glass and fell to the Grizzlies 114-103.

Although they displayed an improved effort than games past, the Wolves didn’t start the road trip out the way they would have hoped. Going into Sunday’s game against the Cleveland Cavaliers, the Wolves were looking to take advantage of an undermanned Cavs team.

Big blow for the Cavs, even bigger blow for Jazz fans.

D’Angelo Russell and the Wolves came storming out of the gates in Cleveland, hanging 40 points on the Cavs in the first quarter. This domination continued, and the Wolves looked like they were going to run away with what seemed to be the beat-up type of game the team was searching for.

Heading into the final frame up 104-84, it didn’t seem the contest was going to be drama filled. Darius Garland had a few things to say about that, though. Garland turned on his burners and pierced 51 points onto the Wolves. Despite his valiant effort, the Wolves hung on to win it 129-124 thanks to some solid late-game execution.

“It was great. I thought we played really, really well for the most part,” Finch said following the game. “Some shot selection in the 4th quarter started to run, and obviously, one guy got super-hot. We tried a lot of different things to get him shut down. I’m not here to be super picky right now – it’s a good win by our guys.”

Beggars can’t be choosers, the Wolves were pretty much desperate for a win, and when a guy goes deep into his bag as Garland did, there isn’t too much you can do (other than pray and hope for some misses).

With some added confidence, the Wolves headed into Orlando, a place that’s been anything but kind to them over the years. Again, they were the far and away better team looking to stack on another win.

As six-point favorites with Anthony Edwards’ college coach Tom Crean in attendance, the Wolves knew what they had to do. Aside from some small runs from Orlando and Bol Bol dropping 26, the Wolves were in control from the opening tip. Why? KAT and Ant combined for 65 points.

“They made the extra pass all night long – really, really unselfish,” said Finch after the game. “They did a really good job at recognizing the game plan and putting it into play offensively. Obviously, Ant’s great start launched us, everyone fed into the game when their time came, but no one forced themselves onto the game.”

It may have been against a Magic team without most of their regular starters, but the Wolves began to look like a much-improved team on both sides. That good vibe of last season appeared to be returning.

“Good vibes” may be just enough to beat struggling, undermanned teams. However, you’ll need more than just vibes when facing a team like the Philadelphia 76ers.

Similar to the Wolves, Philly has been struggling to open the season. However, a big reason the Sixers have been struggling is their lack of health with the starters. The 76ers were down James Harden, Tyrese Maxey, Tobias Harris, and Furkan Korkmaz vs. the Wolves Saturday evening.

Despite all that Philly was missing, you got the sense that this game would play out much differently than it did vs. Orlando. The Sixers were coming off an impressive win over the Milwaukee Bucks at home less than 24 hours before tip-off.

You could tell the Sixers were tired as they dug themselves a large hole early. Despite their ugly start, Philly stayed in the game all night long, largely due to Joel Embiid’s 32-point effort on only six field goals. The backcourt of Shake Milton and De’Anthony Melton combined for 46 points as well.

You could tell the Sixers were tired as they dug themselves a large hole early. Despite their ugly start, Philly stayed in the game all night long, largely due to Joel Embiid’s 32-point effort on only six field goals. The backcourt of Shake Milton and De’Anthony Melton combined for 46 points as well.

The 76ers brought the game to within one point with under 30 seconds to go. Despite everything seeming to go Philly’s way late, the Wolves held on to win a nailbiter 112-109.

“For the most part, we played three-and-a-half really good quarters,” Finch said following the game. “Lots of careless turnovers, which has been our fatal flaw at times. We were able to hold on, make enough shots, make a couple big plays to win a game like that. It really shouldn’t have come down to that, but all credit to our guys for hanging together and figuring out a way to hold on.”

This injury luck does not stop there. The Miami Heat were in Cleveland Sunday before stopping in Minneapolis Monday night, and oh boy, their status report was long. Despite needing to come-from-behind, the Wolves won again 105-101.

The Miami Heat are in Cleveland tonight, their first game of a back-to-back.

Beating undermanned teams seems like not that big of an issue. However, it’s been something that’s plagued this Wolves team for a while. Now, the team seems much more professional and mature heading into games, knowing what to do and how to do it. It’s not been pretty. However, things appear to be trending in the right direction. 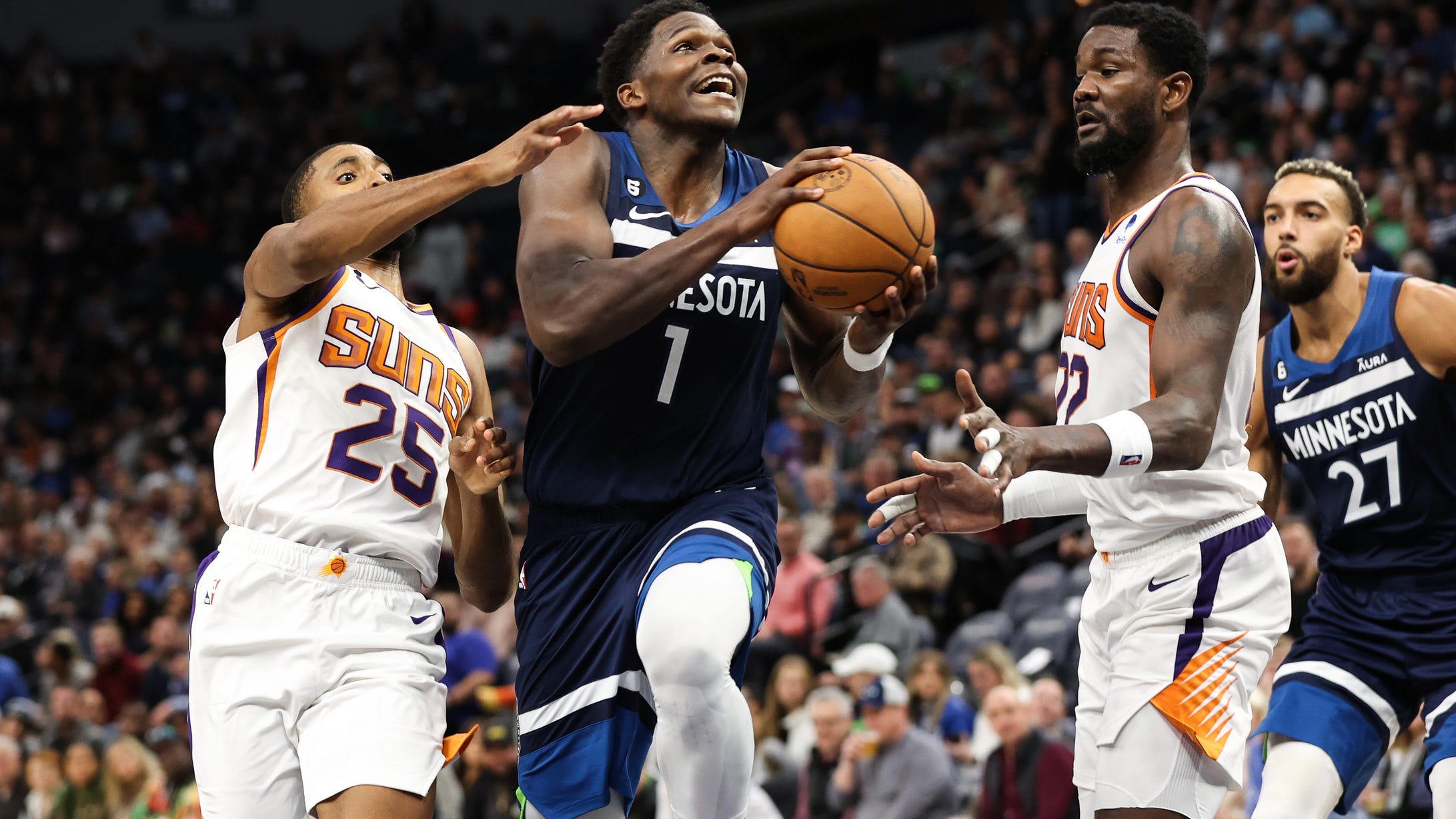