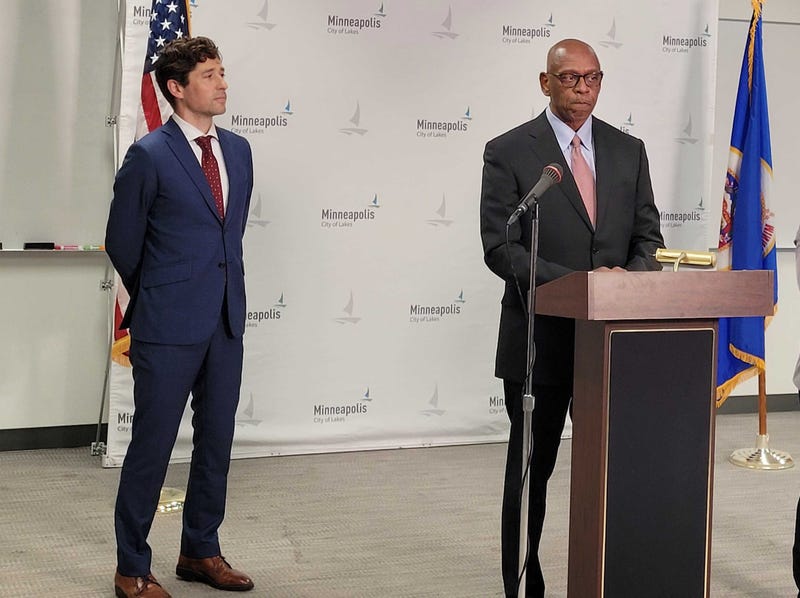 Minneapolis’ new Community Safety Commissioner Cedric Alexander is coming under fire for some interactions he had on Twitter Thursday. @Calex_law is the handle Alexander uses on Twitter.

Some city residents were questioning Alexander’s plan for the city, while another was directly asking about a police presence on Nicollet Mall. Alexander’s responses to the question became unprofessional disrespectful.
He also blocked at least one person on the social platform.

Well. Blocked by the Minneapolis Commissioner of Public Safety, Cedric Alexander. That was the weirdest 30 minutes of Twitter back and forth I've ever had.

It shows an effort to increase police visibility throughout downtown and across the city if you didn’t see them you would complain about that wouldn’t you. Enough of the two faced talking from both sides of your mouth already!

The comments went on across several threads with some questioning the actions of Alexander.

One response to this was: “This reply is childish and disappointing @Calex_law. I expect much better from someone in your position. I’m not impressed with how you have started your position.”

Alexander replied, saying, “You being disappointed is your choice, have something positive to contribute to the world.”

The same Twitter user questioned the behavior from someone making $300,000 per year, which is Alexander's salary and makes him the highest paid employee in the city of Minneapolis.

That was met with this response from Alexander.

I don’t need to know you. Your hatefulness speak for itself

Alexander replied for a few hours Thursday night. Those replies can be read here.

WCCO requested a comment from the Mayor’s office regarding Alexander’s reactions on Twitter. Just after 12:00 p.m. Friday, they replied with a statement from Alexander and said they wouldn’t comment further.

“The way I engaged with constituents last night on Twitter did not meet the standards I hold for myself and the Office of Community Safety team. I care deeply about the success of our community safety work in Minneapolis, and I know building trust happens one interaction at a time. I regret the tone of my responses, and I’m committed to respectful, constructive engagement with the communities we serve.”

At a press conference Friday afternoon, members of the Minneapolis black community defended Alexander and the work they say is on-going.

"We support him 100%," said Rev. Ian Bethel of New Beginnings Baptist Ministry to WCCO-TV. "He is with us, doing the work in our community. You come out, like every community is doing here, whether we're at the table or we're in the streets, whether we're boots on the ground--y'all come out!

Alexander was appointed by Mayor Jacob Frey in August to become the first leader of Minneapolis' new community safety department. He’s been tasked with helping the city correct some public safety failures and guide the city’s safety responses from police to fire to 911 and other departments.
He works directly under Mayor Frey.

Alexander has said in several interviews, including with WCCO Radio, since his start in Minneapolis that he is aware that the public trust needs to be rebuilt and that is a priority.

"I think the most important thing for me is to work with community and work with my public safety platforms in order to continue to build that trust in the community," Alexander told WCCO's Vineeta Sawkar in August. "And you know, there's a lot of mistrust. That's still out there amongst the large segment of people across this entire city. It's not relegated to any one community across this entire city. And I think over time we will continue to build that trust, but we got to work together.