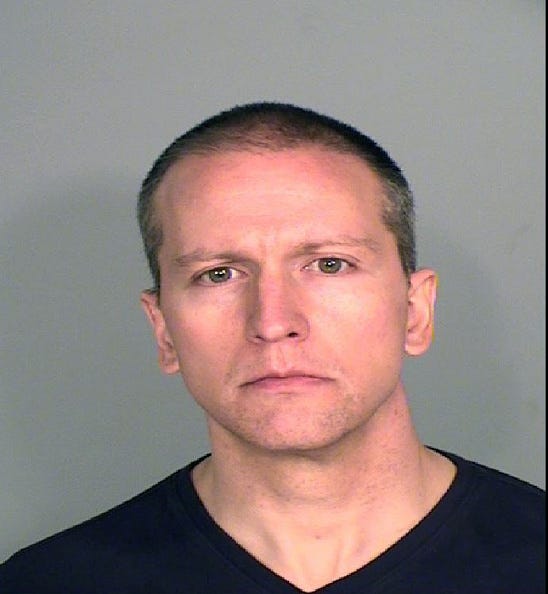 An unexpected shoe dropped Friday morning in the case against ex-officer Derek Chauvin in the death of George Floyd.

The Minnesota Appeals Court ruled Judge Peter Cahill made a mistake in not reinstating a third-degree murder charge against Chauvin.

He sent it back to Cahill for reconsideration.

That means the trial that was due to start Monday is now a question mark.

BREAKING: MN AppealsCt rules Judge Peter Cahill made mistake in not reinstating murder-3 charge against Derek Chauvin. Says its ruling in prior Noor conviction is the law of the state right now. Sends argument back to Cahill for reconsideration. #GeorgeFloyd @FOX9

Attorney General Keith Ellison's office had asked the Court of Appeals in February to overturn Cahill's decision refusing to reinstate a third-degree murder charge in Chauvin's case, arguing the harsher charge should be added because of a Feb. 1 Court of Appeals decision that upheld the third-degree murder conviction of former Minneapolis police officer Mohamed Noor in another deadly shooting.

Ellison applauded the decision, saying in a statement, "We believe the Court of Appeals decided this matter correctly. We believe the charge of 3rd-degree murder, in addition to manslaughter and felony murder, reflects the gravity of the allegations against Mr. Chauvin. Adding this charge is an important step forward in the path toward justice. We look forward to presenting all charges to the jury in Hennepin County."

The Appeals Court decision today does not mean that another charge was immediately added to the case against Chauvin -- which includes charges of second-degree unintentional murder and second-degree manslaughter -- but it does mean Cahill has to decide as the clock ticks down to one of the most-anticipated trials in recent memory. Minneapolis has braced for potential unrest by constructing massive fences and razor wire around government buildings and boarding up some businesses. Growing tension in Minneapolis as trial looms in Floyd death Protesters complain about unfair characterization as barriers go up for George Floyd trial: 'We don't have guns'

The Minneapolis Star-Tribune reported that the trial is expected to focus on the actual cause of Floyd's death, and whether Chauvin meant for him to die when he knelt on his neck for nine minutes while Floyd begged for his life.

"Expect the defense to question Floyd's overall health and try to claim that he was already compromised before Chauvin put his knee on his neck," the Star-Tribune reported. "Prosecutors are likely to assert that Floyd would still be alive if the former officer hadn't pinned his neck to the ground for about nine minutes. There will almost certainly be much discussion about Floyd's drug use and underlying health conditions."