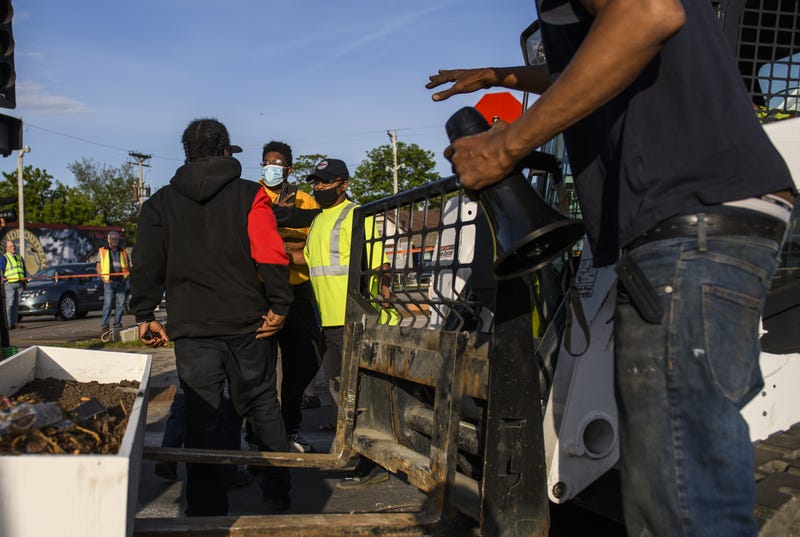 Some Minneapolis city workers were back at 38th and Chicago early Tuesday in another attempt to reopen intersection to traffic.

Just as soon as the work was completed, protesters began blocking the intersection with parked cars and other makeshift barriers.

Last week, workers removed concrete barriers and other items from the surrounding spokes leading to the crossroads where George Floyd was killed last May, only to have the roads blocked by protestors who used everything from couches to large appliances.

City officials say they hope to reopen the intersection to traffic while at the same time keeping the sculpture and other memorials in tact.