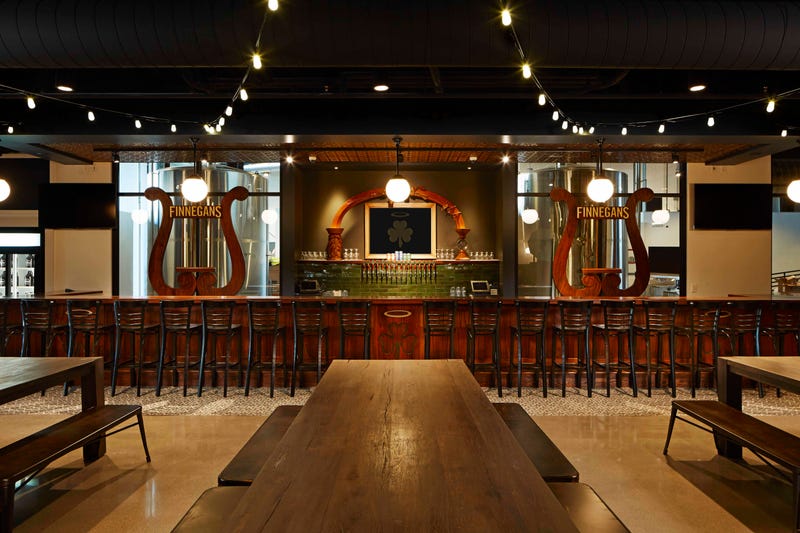 Few St. Patrick's Day celebrations will feel more special than the one Wednesday at Finnegan's Brew Co. in downtown Minneapolis.

The layoffs came one day later.

"We closed March 16 and then laid-off our entire staff, including myself, on St. Patrick's Day," said Jacquie Berglund, Finnegan's co-founder, CEO, and rambunctious social entrepreneur.

Wednesday, St. Patrick's Day, marks the first time in a year that Finnegan's will reopen their doors to in-person gatherings.

"This is like we are putting our flag in the sand to say, 'We're coming back," Berglund said. "We're going to have a special day."

The COVID-friendly celebration, which includes Irish music, food, and beer begins at noon and runs until 7 p.m. but, it could go awhile longer.

"If it's busy, we're going to stay longer," said Berglund.

Wednesday is also an opportunity for the brewery to raise funds for the Irish Fair of Minnesota. Last year, the fair wasn't able to go on as normal due to the COVID-19 pandemic.

To help out, Finnegan's is suggesting a $5 donation per table

"They've been a longtime partner, we're huge fans of Irish culture, that great event," Berglund said. "We're also doing an Irish bread with Kieran's Kitchen. The Irish Brown Bread that Kieran is making with our Dead Irish Poet and $2 per loaf being sold is going to the Minnesota Irish Fair as well."

Giving to the community isn't anything new when it comes to Finnegan's Brewery.

Finnegan's Specific Benefit Corporation is the first beer company in the world to donate 100 percent of its profits to charity. The Finnegan's Community Fund is a 501c3 that works to fight hunger in the communities where their products are sold.

"We obviously can't give way profits if we aren't profitable," Berglund said. "Over the last year we really pivoted on our mission front focusing on fundraising and food drives. There's certainly more need here in Minnesota. We've really doubled-down and gotten creative."

Finnegan's, like countless other breweries, restaurants, and bars, stayed open for curbside service. However, COVID-19 measures and social unrest in downtown Minneapolis forced Finnegan's to close their doors four separate times in 2020.

"Running an operation the size of ours, shutting down like that isn't an easy thing to do," Berglund said. "Furloughing staff, bringing them back, and due to safety reasons you need to have extra staff. Really, no businesses have come back and few businesses are downtown so in terms of foot traffic, it's been a tough year."

Last week, Target announced they were moving 3,800 employees out of City Center as they shift to a hybrid-work approach allowing for virtual and in-person work opportunities.

While there is hope that workers will return to downtown businesses, especially with loosened COVID-19 guidelines in Minnesota, Berglund says they are going to need to see more of a return before reopening fully.

"We aren't going to open, yet. We're going to wait and see how things go," said Berglund, who believes St. Patrick's Day can be a gauge for things to come. "We really need to see more businesses come back, that's a huge part for us."

Finnegan's will return to curbside service after St. Patrick's Day, but maybe with some lifted spirits.

"We need to provide hope and raise our spirits for our team, staff, customers, supporters, and our community," Berglund said. "We just need a place to have hope that we're coming back and it's going to be okay. This is one of the most festive days of the year, from my perspective. Let's start to bring back some of that joy we lost in 2020."