Long time journalist in the state of Minnesota Boyd Huppert has announced that he has been diagnosed with multiple myeloma, a relatively uncommon blood, and bone marrow cancer.

Huppert, 59 and a journalist for KARE 11, is best known for his "Land of 10,000 Stories" segment, focusing on telling Minnesotans' stories. In one of his last segments, however, he shared his own story.

To talk about his diagnosis and battle with cancer, Hupert joined News Talk 830 WCCO's Jordana Green.

Huppert was diagnosed a little over a month ago, and he shared that one of the reasons he wanted to talk about it publicly was to bring awareness.

"I decided I wanted to talk about this publicly just to remind people to pay attention to what their body is telling them," Huppert said.

After feeling fatigued, having bloody noses, and hemorrhaging behind his eyes, Huppert knew he needed to see a doctor.

"There was that little voice in the back of my mind telling me to get to the doctors," Huppert said.

While it is hard to find something good in cancer, Huppert was grateful that he listened to his body and was able to catch it early.

"If I had let this go, it could be a really different outcome right now," he said. 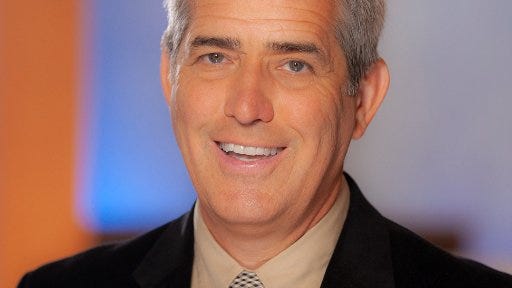 Boyd Huppert was diagnosed '99%' with lung cancer, and you won't believe what happened next

For multiple myeloma, there is no cure, only treatment. Huppert shared that the goal right now is to undergo treatment and get to a point where he can get a bone marrow transplant, hopefully as early as next year.

While there is no cure, Huppert is looking to make living with multiple myeloma manageable and get as many more years as he can.

"I have lived a charmed life," Huppert said. "I've been so fortunate to have a wonderful family and a career that I love, and I want every day that I can get."

Huppert is still working, and he plans to continue to work from home as long as he can.

"I appreciate prayers," Huppert said. "If someone wants to do something for me, that would be a good place to start."