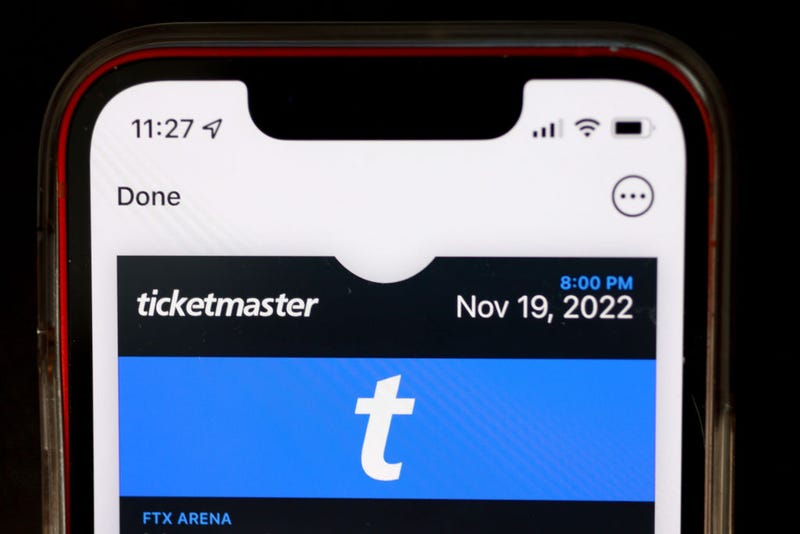 In this photo illustration, A ticketmaster ticket is shown on a cellphone on November 18, 2022 in Miami, Florida. Photo credit Joe Raedle/Getty Images
By Joe Hiti, Audacy

The Senate Judiciary Committee is continuing its investigation into Ticketmaster and the “monopoly” some members say it holds on the ticket industry.

“It’s not just Taylor Swift. Every artist from Bruce Springsteen, to Bad Bunny, to BTS, to Harry Styles, have all had problems with this monopoly Ticketmaster,” Klobuchar said.

Today’s hearing will feature witnesses, including the head of Live Nation entertainment and those who run independent venues, which the senator says will be able to share their experiences with Ticketmaster from the other side.

Now, with the Justice Department investigating the ticket-selling giant, Klobuchar says the committee is working to ensure investigators have sworn testimony under oath to “further their investigation” while members of Congress work towards creating legislation.

Klobuchar says that she’s spoken with the President and CEO of Live Nation, Joe Berchtold, who is placing some of the blame on automated ticket-buying bots. While the Senator acknowledged this, saying they have already passed legislation to address it, she says more needs to be done.

“I’m working with my Republican colleagues to do more when it comes to bots. Do another piece of legislation. That being said, one of the things Live Nation and Ticketmaster does is always point to other people [saying] it’s their problem,” Klobuchar said. “I don’t think all of these artists I mentioned all had cyber attacks. No, they didn’t. And the reason you have hidden fees to the point where they average 27% of your ticket price, and in some cases they found that 75% of your ticket price, is fees, that is all not because of cyber attacks.”

Klobuchar noted that the committee would hear what Ticketmaster and Live Nation have to say, as is accustomed to hearings. However, they will also be listening to competitors like Seatgeek, looking to learn what it is like to get into the market when one company controls so much of it.

“It’s very hard for anyone to make a dent into that market and bring down prices,” Klobuchar said, noting that it is also impossible for artists to go through anyone else when there is a problem like what was seen with Taylor Swift, as no one else exists in the market.

When it comes to the best-case scenario for the average ticket buyer, Klobuchar says that public accounting for what is happening is important, as is the DOJ’s investigation and what it could do.

“This knows no limits in terms of who cares about this and who is focused on it, whether people are Republicans or Democrats,” Klobuchar said. 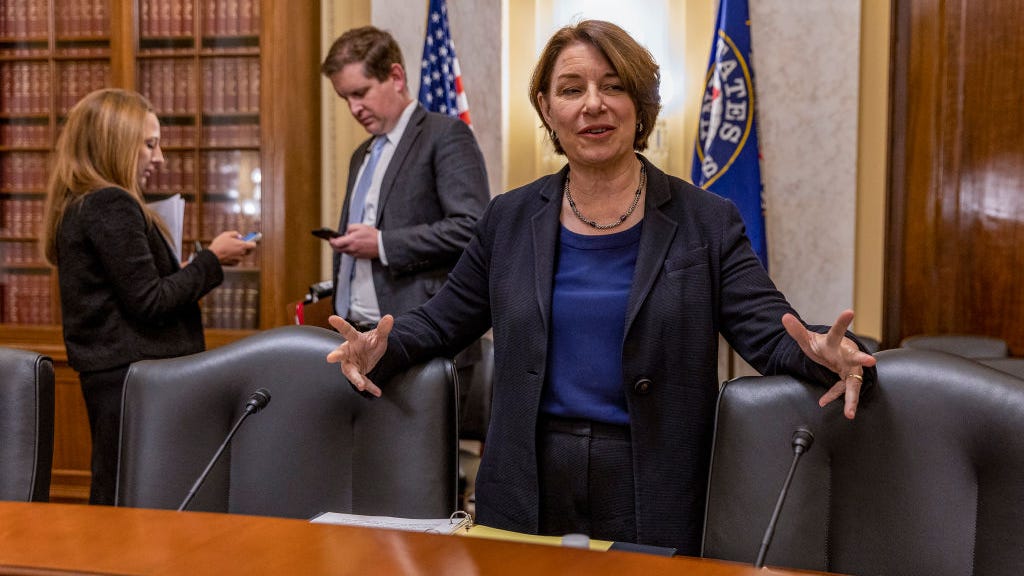