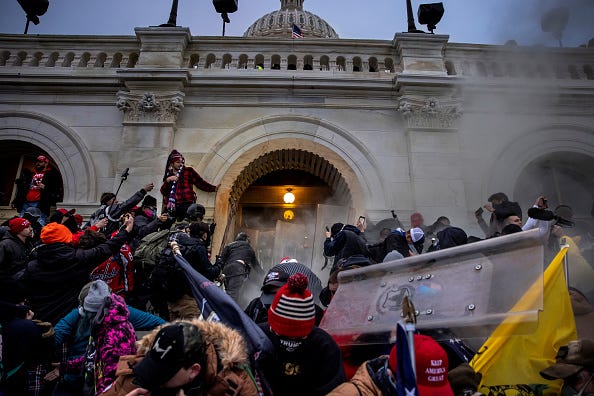 With a house select committee investigating what exactly happened on Jan. 6 in the nation's capital, an article has been published by Rolling Stones depicting two individuals who saw the riots first hand.

Hunter Walker, a reporter for Rolling Stone who wrote the article, spoke with News Talk 830 WCCO's Chad Hartman about what he learned while writing about the insurrection.

Walker spoke with two sources who helped plan the actual event on the steps of the Capitol and efforts to overturn the election across the country.

One of the most interesting things that he found out while interviewing the two sources was that a congressman, Arizona Representative Paul Gosar, who Walker says has been a "staunch defender of the rioters," played an interesting part on Jan. 6.

Walker shared that Gosar had told the two sources that they would be pardoned for a different ongoing investigation for their involvement with the rallies.

"They actually said that he told them that