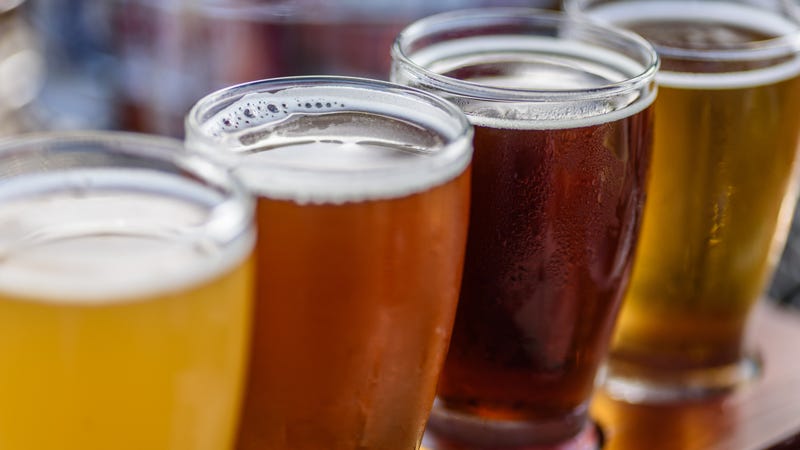 Six of Minnesota's largest breweries are asking the Minnesota legislature to craft a new state law that to replace the current law prohibiting growler sales based on yearly beer production.

"Growlers are synonymous with taprooms," said Lon Larson, who is vice president and co-owner of Castle Danger Brewing in Two Harbors. "If you can have a taproom in Minnesota, you should be able to a growler. There's a lot of creative, craftwork that goes into it."

Castle Danger is among the breweries in Minnesota who cannot sell growlers because they brew too much according to the law. Fulton, Schell's, Surly, and Summit are also unable to sell growlers.

Castle Danger only recently lost its ability to sell growlers in 2019, which presented a bigger issue as 50 to 60 percent of the beer the produce is draft beer, with less than half of their product going to liquor stores.

The Alliance of Minnesota Craft Breweries request is simple: change the law so if you can have a taproom, you can sell growlers.

Facing off with the state legislature isn't new to Omar Ansari, founder of Surly Brewing. In 2011, Ansari worked with lawmakers to form and enact the "Surly Bill" which allowed breweries to sell their beer onsite, paving the way for Minnesota's taproom boom.

"The big challenge for us is we literally built the reputation of the brewery on growler sales," Ansari said. "We had people from all across the United States come to Surly for Darkness Day. They'd buy beer at the brewery, stay in the Twin Cities, go to bars and restaurants and check things out. We haven't had that avenue for a long time."

The inability to sell growlers culminated in 2020 as COVID-19 barreled-down on breweries across the state. While some breweries enjoyed the benefits of growler sales, the five that weren't allowed to sell growlers faced a question of what to do with the beer that wasn't being used.

"There's nothing scarier for us than to walk through a cooler and see 800 to 1,000 half-barrels or kegs sitting there with a clock on them, not sure what you'll be able to do with them," said Fulton Brewing co-founder Jim Diley. "You know when it gets past a certain date, that beer is going down the drain."

Dumping unused beer was a common theme for Surly.

"It's been really painful to dump literally thousands of kegs down the drain because there's no home for them, even if someone wanted them," said Ansari.

Proponents of the growler cap say without it, smaller breweries and retailers would suffer. The Alliance of Minnesota Craft Breweries believes lifting the cap would help breweries grow even more.

"With a compromise in industry and kind of force-hand, that's where the 20,000 barrel limit came from in 2013," Larson said. "The opposition said, 'Let's take this in steps and then let's see what the impact is. Come back when you reach that level and we'll talk some more.' We've been trying to do that for the last four or five years. It's actually been a positive and stimulated the industry, so it just doesn't make much sense to us."

Larson believes there's hope for change to the growler cap, but says there are some roadblocks in the legislature.

"I've talked to over 30 legislators and I can say 29 out of 30 get it," he said. "There's one who doesn't get it. From a consumer standpoint, I haven't met a consumer who isn't for this. It doesn't make sense for them why they can go to one brewery and buy a growler and can't at another. Some of the powers that be in terms of not moving the needle forward are our business partners. They're our distributors and retailers. We really want to be partners with everyone and see everyone succeed."

An attempt to amend the growler cap failed in December's special session. It's unclear whether or not the growler cap will be taken up by lawmakers in the new session which began Tuesday.