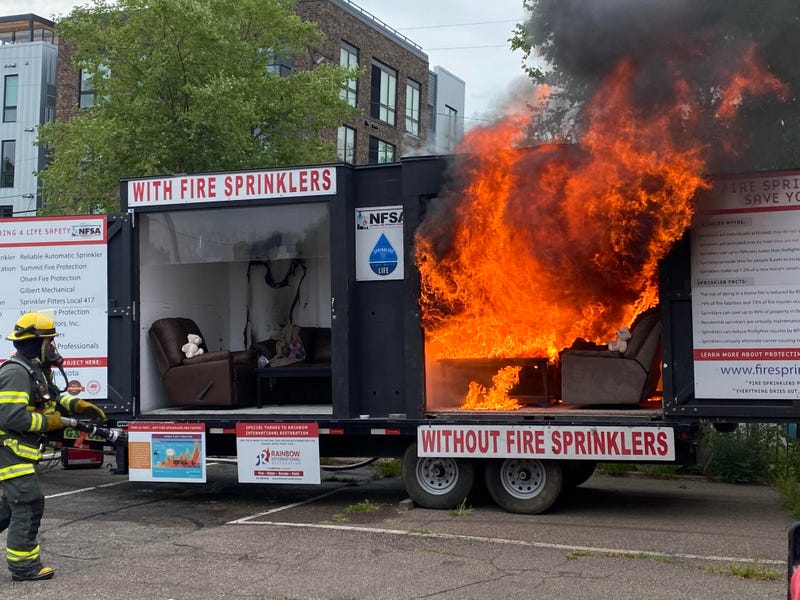 A new law taking effect in Minnesota will require all high rise public buildings to be retrofitted with sprinklers, something firefighters and lawmakers say will save lives by buying time, while protecting firefighters.

It was the eve of Thanksgiving 2019 when six people perished due to the fire at the Cedar High Apartments in Minneapolis's Cedar Riverside neighborhood. Buildings built before 1992 were not required to have sprinklers.

"Who is at risk here? Most of the people who live in publicly-supported housing are elders. They're people living with disabilities, these are people who deserve a safe and decent place to live," she said.

State Fire Marshal Jim Smith said since 2004 in Minnesota, there have been 65 fires that started on or above the 7th floor in high-rise structures, mostly in multi-family residences. Of those 65, all but one had automatic fire sprinklers and in 64 of those fires, a single sprinkler extinguished the fire.

Residents of the building and lawmakers say the next step is getting all high rise buildings not just public ones, retrofitted with sprinklers. State lawmakers say $16 million was included for public housing in the last session and they plan to add more in the next session. The Build Back Better bill in Washington also included $40 billion that would be available for sprinkler systems.

St. Paul already retrofitted buildings over a time span of 22 years. The law would apply to about six dozen buildings statewide and about two dozen in Minneapolis.