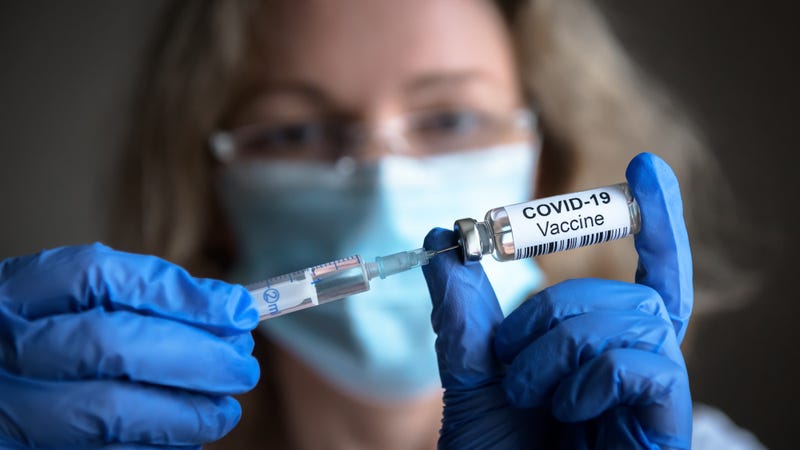 Now's not the time to celebrate a victory over the coronavirus pandemic.

"I can tell you with certainty, mark my word, in a few weeks, this is going to be a very different picture in the United States than it is right now," said Dr. Michael Osterholm, University of Minnesota infectious disease researcher and member of President Biden's COVID-19 advisory staff.

"I know many listeners are not going to like this," Dr. Osterholm told Dave Lee on the WCCO Morning News.

Reasons for the high hopes include the growing number of people getting vaccines, and the leveling off of new hospitalizations. The number of new cases are far below the 300,000 new cases a day reported in early January, but the current numbers are still way above what was happening last summer.

But Osterholm says it's not time for congratulations or pats on the back. "Having 120,000 new cases a day surely would not seem like victory last July," he said.

Dr. Osterholm, who maintains his stance of vaccinating as many people as possible as soon as possible, said it's like being on the beach and not knowing that a trouble is brewing nearby.

"It seems like we're on the right way," he said. "But there is a category 5 hurricane 450 miles south and it's headed directly to your beach. And that's what I think is hard to get people to understand. We're loosening everything up, trying to re-establish what was old normalcy, that's going to be short-lived."

Osterholm said the longer the wait to get ready for what could be the next wave of the coronavirus, the worse it's going to be.