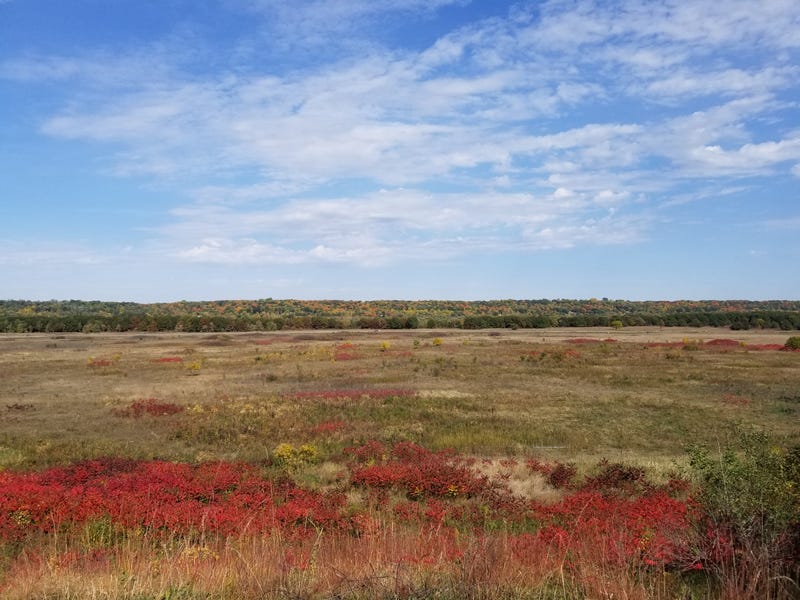 Minneopa State Park near Mankato, Minnesota this past Sunday. The fall colors are starting to come out despite the warm, summer-like temperatures. It's also been very dry and dusty. Photo credit (Audacy / Lindsey Peterson)
By Paul Douglas, Lindsey Peterson, and The WCCO Morning News

Now that we’ve hit October, the leaves are starting to really pop around the Twin Cities and are even further along to the north.

Meanwhile, the temperatures are staying summery (for now), but the dry weather continues to dominate across most of Minnesota.

Forecast
If you’re waiting for the cold weather shoe to drop, keep waiting at least a little longer. Paul says that we will see more 70s into mid, maybe late October.
So don't write off the lukewarm breezes just yet.

“Expect a few showers midweek and then by the end of the week it's going to feel like October highs in the 40s and 50s by Friday and Saturday,” says Douglas.

There will be a widespread frost-freeze across Minnesota by Friday morning which will pretty much put an end to the growing season. If there’s anything you’re trying to keep going, you’ll want to take them inside or cover them up. Lows outside the core of the metro will reach the low 30s, and anything north of the metro should see 20s. The 30-year average for the first frost at MSP is October 13, so we’re pretty close to where we should be. Last year we made it all the way to October 23.

Monday: 76 and partly cloudy
Tuesday: 76 and mostly cloudy, low 55, chance of a late shower
Wednesday: 68 with a chance of rain with more clouds, low 59
Thursday: 52, cooler and windy, low 47
Friday: October-like cool, high 49 with some morning frost, low 34 in the metro, cooler outstate

Those highs at the end of the week are inevitable, but in the meantime the weather has been tremendous for the early part of fall.

“I'm enjoying mid-70s and it's going to be in the mid-70s again today and tomorrow,” says Douglas. “Some sunshine both days. Looks like a few showers finally creeping in, Tuesday night, Wednesday. Enough rain to settle the dust, not enough to put a dent in our drought.”

The driest September on record
We're bone dry. Especially around the metro area. If you’ve traveled to any of the state parks, Minnehaha Falls, you’ve seen rivers and streams running very low. That’s because September is the driest it has ever been since records were kept in Minnesota.

That might be good news for farmers who need to get into fields for harvest. It’s not good following an already dry summer.

“The weather service has accurate records going back to 1872,” Douglas explains. “There's never been a drier September in the metro and across much of Minnesota.”

A large swath of central Minnesota is still in severe drought and it shows no sign of abating for now. 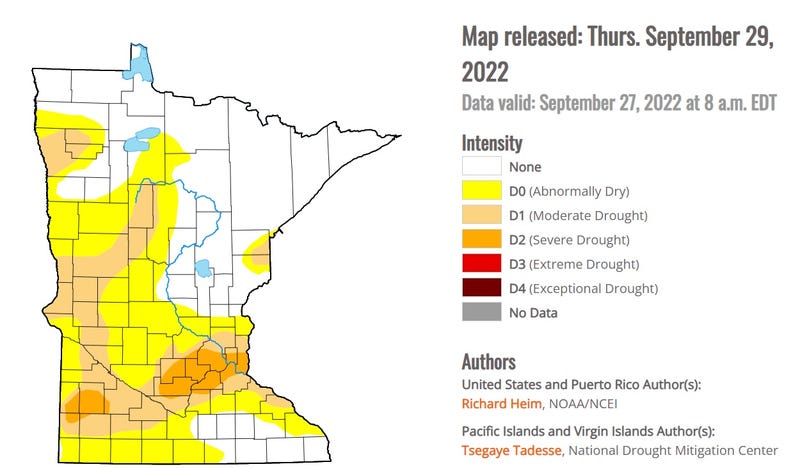 Douglas says water levels are so low that it is actually making it difficult for boat owners and their winter prep.

“I know a lot of people, a first world problem, are having trouble getting their boats off their lifts because the water levels are so low, dropping an inch or two every week in some cases,” Douglas said.

The long term weather outlooks don’t show much of a change either. Douglas says long range models are not showing a wet pattern. Yet.

“It's dry and I keep hoping and praying that the pattern will shift later this month as we get into a more active situation. I don't see that yet,” Douglas told Vineeta Sawkar on the WCCO Morning News.

Fall colors
Your eyes are telling you that the leaves are starting to pop, and according to the DNR we are just getting going in central Minnesota. Norther parts of the state are now 50-75% to peak, so the next couple of weeks should be great viewing for fall colors. 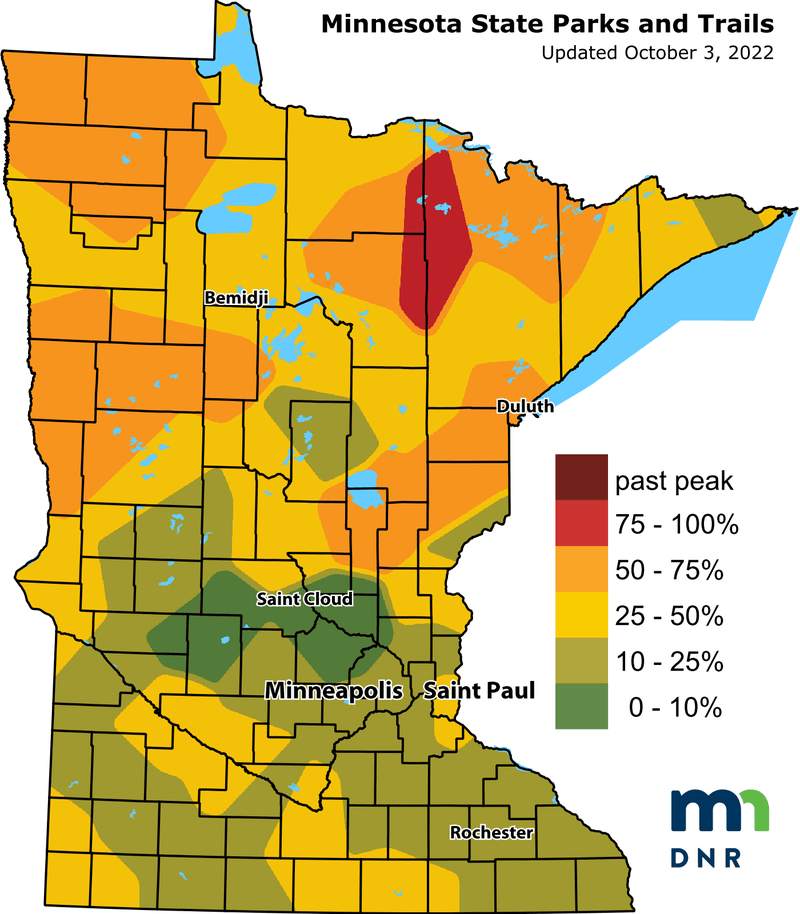 The weather has really cooperated for people to get out and see them.

“It's just strange to feel that heat again, especially when you're seeing the little glimpses of the fall colors,” Douglas says. “You know just that or me it's a bonus. Any day it's above 70 in October is a bonus. Soak it up, enjoy it.” 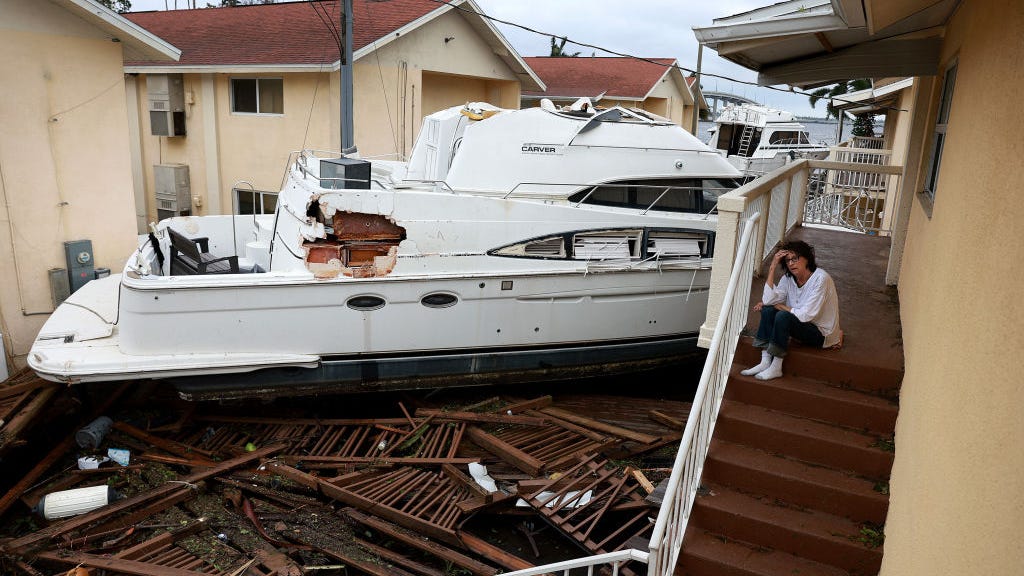