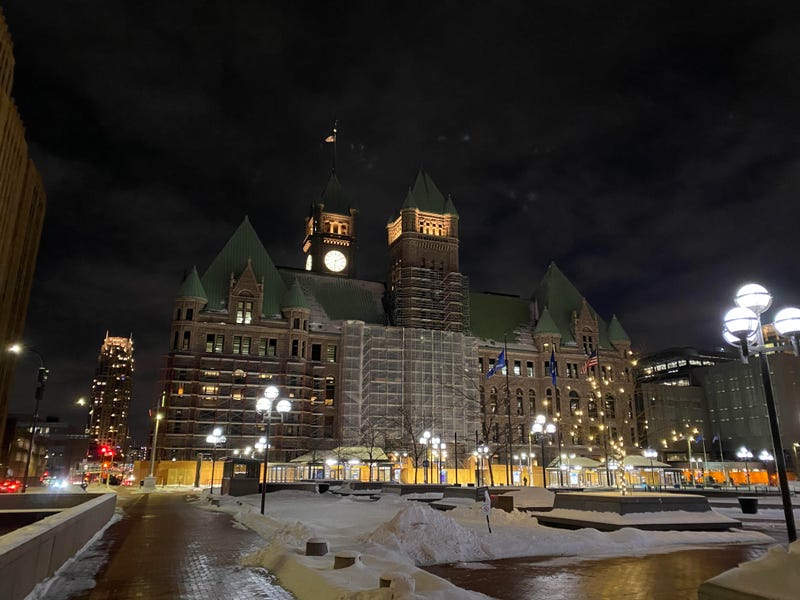 The Minnesota Bureau of Criminal Apprehension is investigating the death of who family identified as 23-year-old Dolal Idd in the city's first police killing since George Floyd May 25.

The video shows one officer’s viewpoint and is about 30 seconds long. Minneapolis Police Chief Medaria Arradondo in a Thursday afternoon press conference said the limited release to the public was to get out what was "readily" available within 24 hours of the shooting.

It starts out with an officer getting out of a squad car in the Holiday station parking lot at Cedar Avenue and 36th Street East. Two other squad cars are maneuvering to corner a small white sedan. Warning: the video is graphic.

JUST IN: Body cam video of deadly police shooting in south Minneapolis has been released. Warning. It is graphic. @KSTP pic.twitter.com/GzrVn8zjXY

Arradondo reiterated his message from Wednesday at a late night press conference: that eyewitnesses and the video available to the public appear to show the man firing from inside the sedan as he’s cornered. On the first sound of gunfire, it appears to show glass flying away from the sedan and toward squad cars. The video does not show what led up to the shooting.

Arradondo said he met with the family and they were able to watch the video before the public release.

The names of the officers as well as other parts of the investigation including how many rounds were fired, will come from the BCA.

It happened Wednesday at the corner of 36th Street East and Cedar Avenue near Powderhorn Park in south Minneapolis at around 6 p.m. Arradondo said officers engaged in the traffic stop as part of a “probable cause weapons investigation," but said the BCA investigation would reveal if the victim was charged with a crime.

Arradondo said the use of force was a "split-second decision."

As he did Wednesday night Arradondo implored people "to keep the peace."