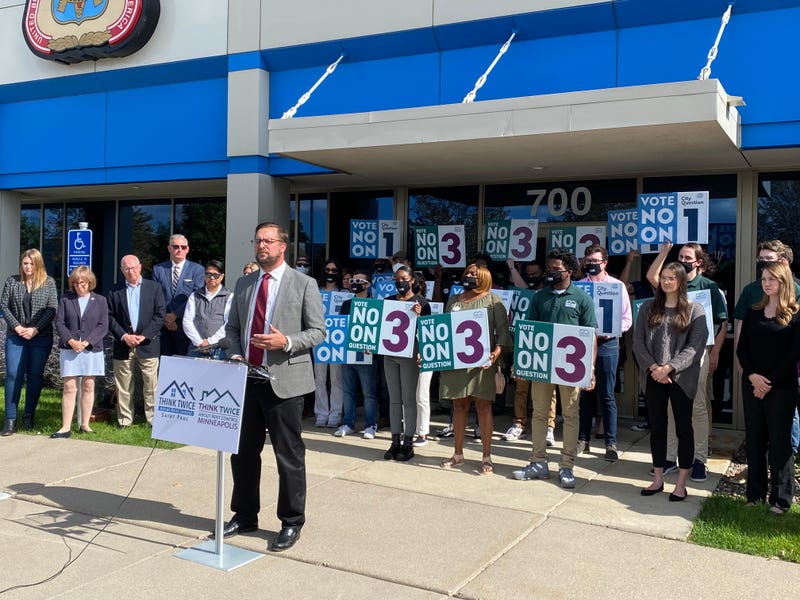 It’s less than a month before elections in Minneapolis and St. Paul and the groups opposed to the rent control question in both cities are speaking out.

Both cities have rent control questions on their ballots next month, though they do differ. Some of those opposed include the carpenters union, realtors and housing industry groups.

“Artificial price controls can impact us negatively by constraining the amount of supply that exists and by lessening the availability and the quality of where people live,” Carrie Chang with the Minneapolis area Association of Realtors said.

Advocates for rent control say there is no recourse for predatory landlords and increasing rents force them to move, creating instability. Rent control essentially caps how much rent can be increased each year, usually based on inflation.

The main argument from opponents is that rent control would stifle housing construction and that a lack of inventory is what is driving prices up. Opponents to the questions argue policy and public investment is what’s needed to create more affordable housing options.

“If you look at the CURA study, it provides a pathway to doing something that could be very reasonable and maybe make sense for St. Paul,” St. Paul councilmember Jane Prince said. “The problem is that what is before the voters in St. Paul is a very blunt instrument that will seriously hurt the housing outlook.”

According to a study from the U of M’s Center for Urban and Regional Affairs, about 200 cities and two states have enacted rent control policies, many put into place after World War I. Inflation in the 70s led to stabilization efforts in several large cities. U researchers in the study compared 4 cities finding that rent control was effective at keeping prices below market value and limiting increases, but the impact highly depends on the specifics.