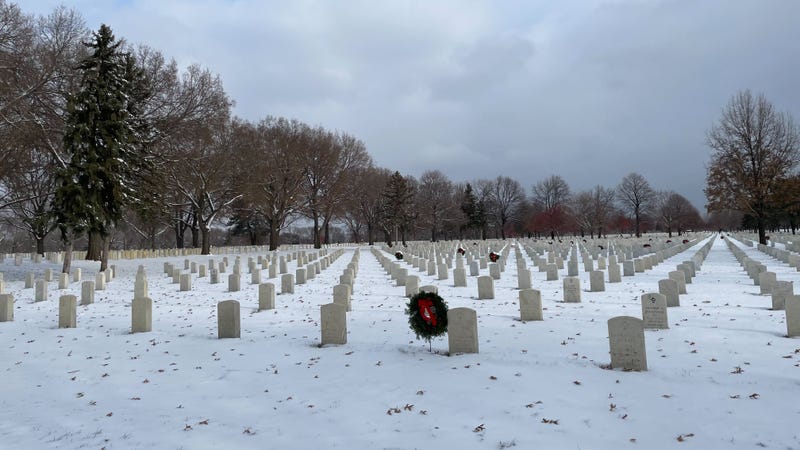 A group of Twin Cities veterans is hoping to honor the hundreds of thousands of United States military members buried at Fort Snelling National Cemetery with remembrance wreaths this holiday season.

For $15 donors can purchase wreaths through MinnesotaHonor.com that volunteers will place at each gravesite. So far, the group has raised enough money to place nearly 4,000 wreaths at the cemetery, which covers roughly 1.5 percent of the more than 260,000 sites.

“I drive by Fort Snelling National Cemetery every day and it blends into the scenery, but when you look around and know there are over 260,000 men and women who served this country that don’t have recognition, that they don’t know that they’re here, and what they’ve done to serve this country,” said Doneva Carter, a Navy veteran. “Four percent of Americans have served in the military. I just think it’s an opportunity for them to be honored.”

Carter, who was on the USS Cape Cod out of San Diego which helped fix the USS Stark after it was hit during the Iraq-Iran War, says the sea of headstones is a solemn reminder.

“It makes you proud to know that there were people that I have never met before that gave the ultimate sacrifice so that I could be free.”

The remembrance wreaths hold an important place in the heart of Army veteran LeRoy Bendickson who served for 14 months in Korea and on the DMZ.

“I’m sure that any veteran that’s out there who served in a battle zone, you’ve got friends that you knew that are probably former veterans who are buried at Fort Snelling or one of the other National Cemeteries throughout the country,” Bendickson said. “We just want to be here to honor those men and women that gave the ultimate sacrifice of loss of life or loss of limb. We want to honor them and make sure those families of the soldiers who are buried here know that we in Minnesota care about their sacrifice and what they did to fight for our freedoms.”

The wreaths will be laid during a ceremony on Saturday, December 17.

“When you have given the ultimate sacrifice and your family just wants to hear your name just to remember who you are,” Carter said. “To lay the wreath, to have a salute, to have your name mentioned again is very powerful.”

During the ceremony volunteers will lay the wreaths at each gravestone. The name on the headstone will be read and a salute will follow.

“No matter how many we get, we need as many volunteers as possible,” added Bendickson.

“There are many components to honoring veterans,” Colston said.
“This is a segment that’s often overlooked. We recognize veterans who are in-need today, but this organization helps us remember those who gave the ultimate sacrifice. That’s personal to all of us here who have lost loved ones either in combat or postcombat from the stress fighting some personal battles. There are 260,000 tombstones here in Fort Snelling. There are a lot of personal stories here and we all have a connection.” 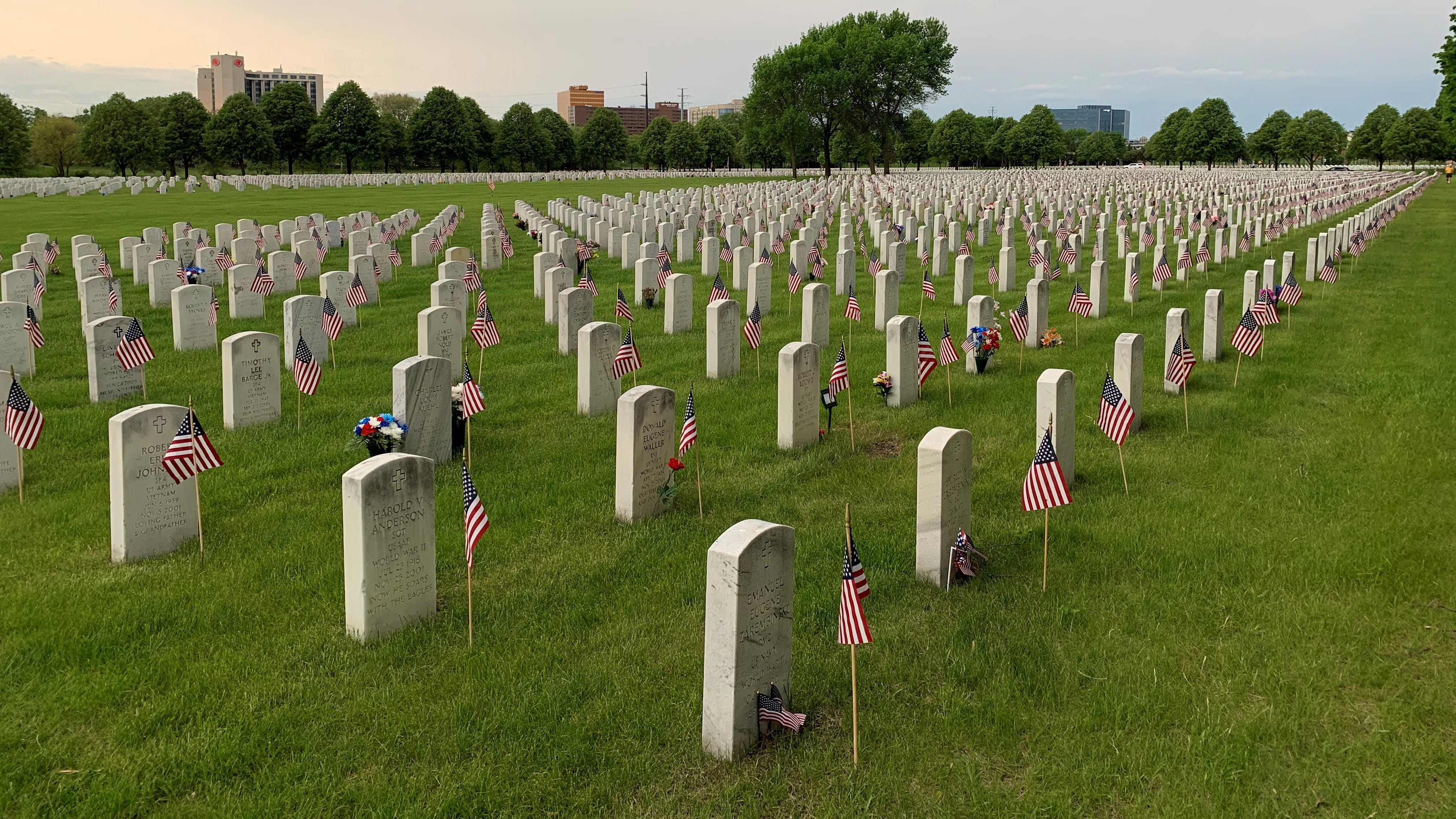 All three share the same dream of one day seeing a wreath placed at each headstone.

“They’re never forgotten,” Carter said. “But if we have 260,000 wreaths based on the snow that’s on the ground and the white headstones, it sends a powerful message that we love you.”