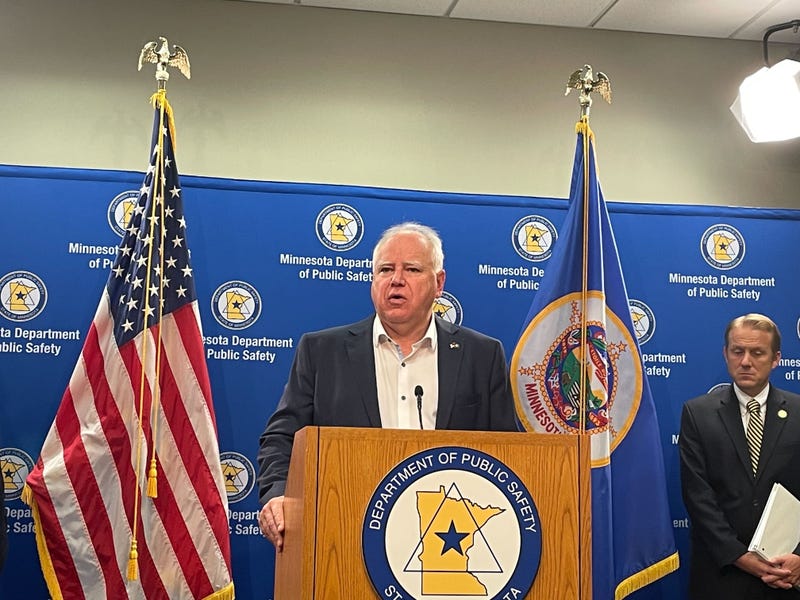 Minnesota Gov. Tim Walz who says they knew about the Feeding Our Future early on, but were forced to continue paying due to a judge's order. Photo credit (Audacy / Mark Freie)
By Lindsey Peterson, Mark Freie, and Steve Simpson

Governor Tim Walz is calling for an investigation into a Ramsey County Judge who ruled payments must continue to Feeding Our Future. According to Walz, the judge ordered state education officials to restart payments to that organization where 48 people have now been indicted in a $250 Million fraud case.

“I was speechless,” Walz says of the judge’s order. It’s the first time Walz has commented on the fraud case since it was announced earlier this week. "I am highly disappointed. None of us are perfect. Maybe this was just a bad decision. All of us do it and judicial decisions can be the same way."

In an email to WCCO Radio host Jason DeRusha Thursday afternoon, a spokesperson for the Minnesota Department of Health said that any effort to combat the court ruling would result in punitive sanctions and legal penalties.

"At that stage in its pursuits to shut down FOF, MDE had already been held in contempt of court once, was facing mounting legal fees, and the court had made it clear that if we were to continue the legal fight to withhold payments, MDE would incur additional sanctions and legal penalties. Further, as partners in the federal investigation, there were concerns that ongoing litigation would result in the now-indicted fraudsters learning of the investigation that resulted in the execution of multiple search warrants and property seizures in January of 2022, and the issuance of six indictments and 48 arrests on Tuesday of this week."

Walz says they raised concerns early on in the pandemic about irregularities they saw with Feeding Our Future and that state education officials alerted him early on. Walz could not give an exact date for this and added that he hopes there is an investigation into the ruling.

“I would hope there would be an investigation into that,” Walz explains. “Because, just to be candid, I'm very careful about this and I understand my position here in the separation of powers, we respected the judge’s decision. But I can tell you, I was speechless. Unbelievable that this ruling would come down. Did not really know what to say. Obviously we had to honor it, but it was at that point in time, I said we have got to continue to push the Federal Government and the FBI to do the investigation.”

The alleged fraud started in 2020 according to court documents provided by the U.S. Attorney’s office when they announced the charges on Tuesday.

“My commissioner was threatened with jail, if she did not pay, by contempt of court the judge ruled,” Walz explained on Thursday. “We accepted that ruling. We went back to the new administration, once again, and went to the FBI who took this seriously. I think what you're seeing coming out now, I and my team have not been able to say anything because the FBI was in an active investigation and we were told not to.”

The governor also expressed outrage at the fraud scheme alleged to have taken place by the 48 people charged by U.S. Attorney Andy Luger.

“A global pandemic, and our biggest fear was food insecurity, especially for the number of children who are hungry in the best of times,” says Walz. “So the audacity, the brazenness, and the absolute heartlessness of a criminal ring focusing on children's foods is just beyond the pale.”

Walz explained that they caught the fraud early, alerted the right people, and it came down to a court ruling.

“We take fraud seriously,” said Walz. “We're very transparent about this. We got the people who did this. We will start to recapture those resources and we'll continue on.”

The governor also bristled at the criticism towards state leaders for not doing more to stop the money from going to Feeding Our Future. 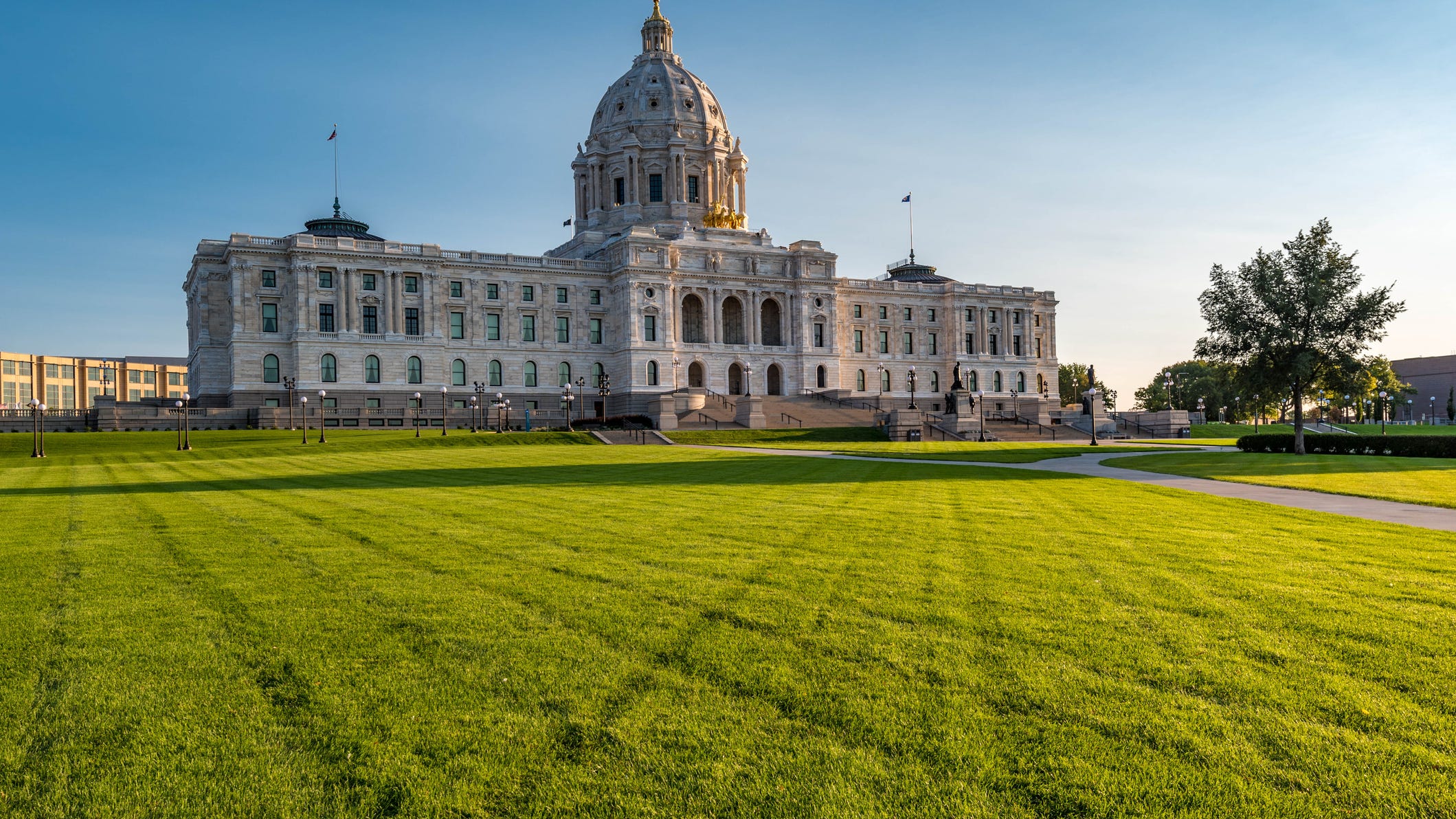