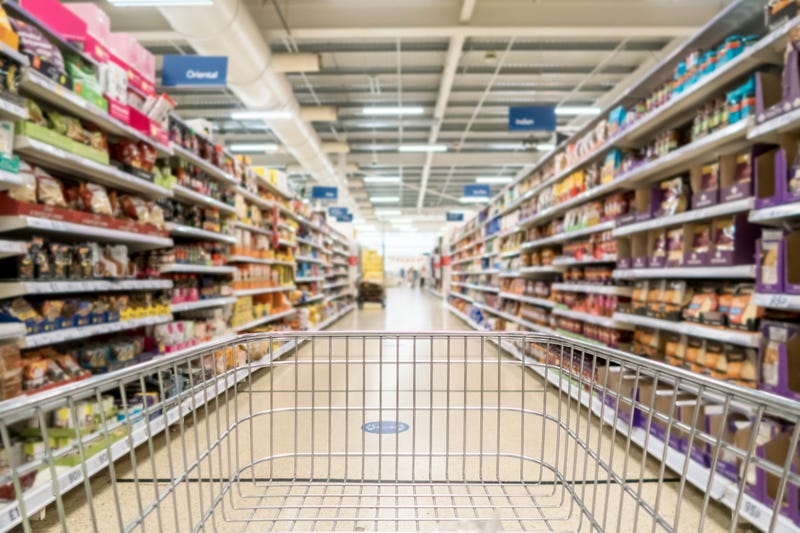 Inflation has reached a decade-long high throughout the pandemic, with the prices going through the roof because of severe weather, labor shortages, and several other factors. One industry that is continuing to see high prices is the food industry.

Dr. Jayson Lusk from Purdue University joined News Talk 830 WCCO's Chad Hartman to discuss high prices and his thoughts after a Washington Post article wrote that inflation may not be going down anytime soon.

"My crystal ball is always a bit cloudy in looking out into the future, but I am somewhat optimistic that we've worked through some of the worst impacts," Lusk said.

While he says we aren't at the end of the crisis yet, with labor shortages still playing a big part in prices rising, he hopes that the effects of things faced early in the pandemic will continue to subside. Dilemma for Fed chief: High inflation and a surging virus

When it comes to why the price of meat is so high, Lusk said that when the biggest meatpacking plants were forced to shut down because of COVID-19 cases, the industry was thrown off its axis.

"Frankly, that explains a lot of the increase in those prices we saw," he said. "We haven't had those same kinds of shutdowns. We've had some periodic ones for other reasons like a fire or last winter we had a storm down south that put some chicken processing out of commission for a little bit."

"As long as we don't have those sort of widespread shutdowns in the packing sphere like we did a year ago, I think hopefully those particular concerns are behind us."

Another reason prices skyrocketed was because farm-level prices rose with other countries like China buying a lot of our grain, pork, and beef, Lusk said.

"That's pulled up prices here at homes for us," Lusk added.

When it comes to food shortages and inflation, Lusk shared that the same thing is happening everywhere as farm-level prices are linked to other countries as well as our own.