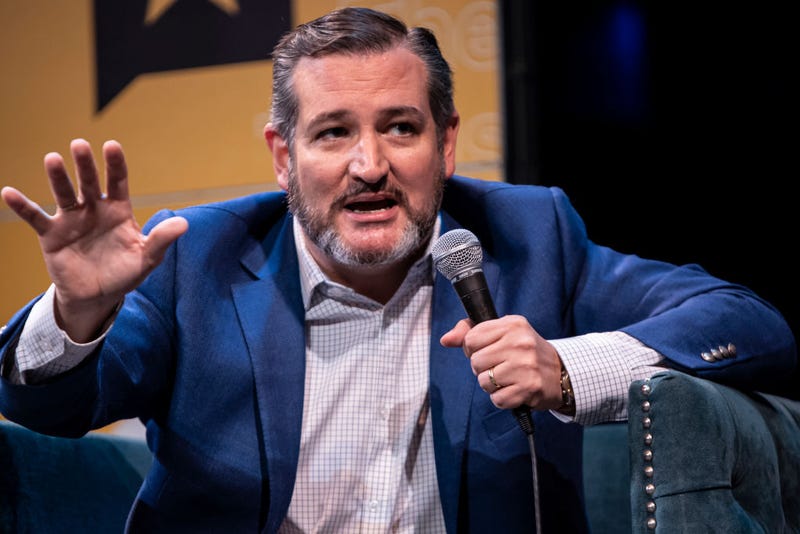 As the allegations of hypocrisy continue to pile up for Republican senate hopeful Herschel Walker, at least one man continues to offer unwavering support.

Sen. Ted Cruz of Texas remains in Walker’s corner as he looks to unseat incumbent Sen. Raphael Warnock in Georgia.

Walker has run a campaign thick with anti-abortion rhetoric and has repeatedly said he would support outlawing abortion with zero exceptions. But his idealism on the subject has taken serious hits over the past week thanks to revelations about his past.

First, Walker was called out by a woman who said he financed an abortion for her after impregnating her. When Walker claimed to have never met the woman, it was revealed he later fathered a separate child with her.

In the wake of that political firestorm, Walker’s son weighed in. Christian Walker called his father a liar and accused him of neglect, abuse and threatening deadly violence against his own family.

Following this litany of allegations, MSNBC’s Ari Melber discussed the topic, saying, “It would appear Republicans are worried that the facts show that Mr. Walker did pay for this abortion, which, as mentioned, contradicts their entire set of rules they want to install in America for everyone else.”

Melber then played a clip of Cruz being asked if he believes the allegations. Cruz responded, “I believe Herschel Walker is going to be the next senator. I’m proud to support Herschel Walker.”

After playing the clip, Melber lit into Cruz. “You heard Senator Cruz. When asked if he believed, he said, ‘I believe he'll be the next senator,’ which is not even claiming to weigh in on this moral issue, which is this individual has evidence, as several sources show whether he did pay for this abortion.”

Since the allegations against Walker came to light, Warnock has opened up a 12-point lead in the polls, according to Bloomberg.