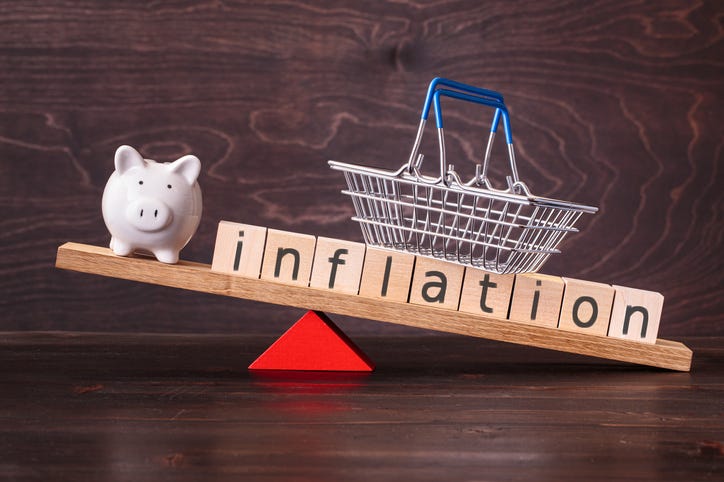 Inflation has taken its foot off the gas pedal as the Consumer Price Index found that it only climbed by 8.5% in July, with some prices starting to fall.

July's increase was down from June's four-decade high of 9.1%, and when looking at the numbers without the volatile costs of fuel and food, the prices climbed by 5.9% through July.

The decrease in inflation comes as gas prices have declined for eight straight weeks. The current average cost per gallon of gas in the U.S. is $4.01, down more than a dollar from the all-time high set in the middle of June, AAA reported

Meanwhile, costs at the grocery store have gone up by 13.4% compared to where they were a year ago. The steepest increase for any category, CBS News reported.

But not everything got cheaper last month, as a report from the New York Times found that the price index didn't truly move last month. This is because the decline in costs for fuel, airfare, and used cars was offset by increases to rent and food.

The Federal Reserve has been working to curb inflation, having raised key interest rates multiple times. Chair Jerome Powell said last month that until the evidence is clear and convincing that price pressures are subsiding, key interest rates will stay where they are or continue to climb.

Still, with the Fed having raised rates by .75% in June and July, officials have made it seem like another increase could be on the table during the upcoming meeting on Sept. 20-21.

Loretta Mester, the president of the Federal Reserve Bank of Cleveland, shared with the Washington Post that it's too early to "cry victory."

"It can't just be a one month. Oil prices went down in July; that'll feed through to the July inflation report, but there's a lot of risk that oil prices will go up in the fall," Mester said.

However, one industry that has seen a decrease in prices more than others is online shopping, as prices have fallen by 1%, according to data from Adobe Analytics.

Among the items to see the most significant drops were electronics, toys, and apparel. The data showed that other categories to decrease in price were jewelry, computers, books, and sporting goods.

The Adobe Digital Price Index found that prices for TVs, smartphones, cameras and other electronics have dropped by an annual rate of 9.3%.