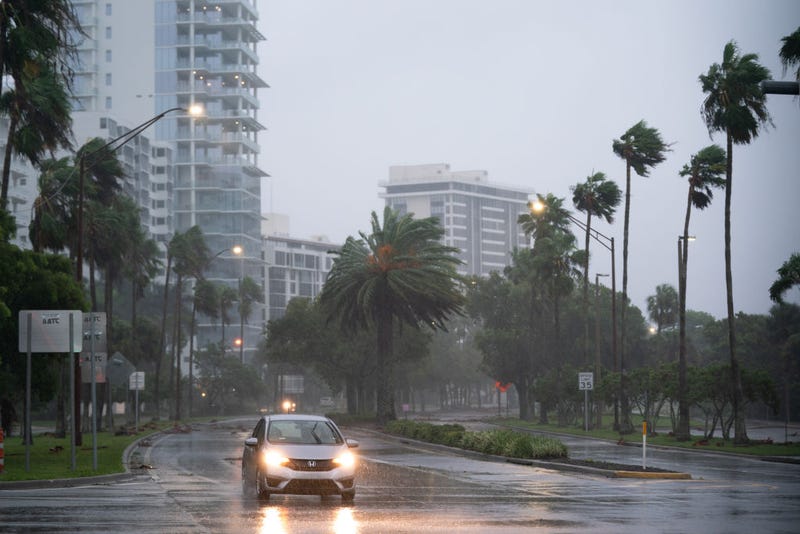 Updated FRIDAY 7:00 p.m. – After being downgraded to a tropical storm, Hurricane Ian is a hurricane again, according to NHC Storm Surge.

“The danger of life-threatening storm surge continues through Friday,” along the coasts of northeast Florida, Georgia, South Carolina and North Carolina, it said. “Residents in these areas should follow any advice given by local officials.”

Updated 8:45 p.m. – A little over 1.8 million people in Florida were without power Wednesday evening as Hurricane Ian swept through the state, according to Poweroutage.us.

Shortly after the outage update, CNN reported that Thomas Podgorny of Fort Myers, Fla., was trapped in his two-story home amid the storm.

Locals should expect “extremely dangerous hurricane winds,” said the service. “Treat these imminent extreme winds as if a tornado was approaching and move immediately to an interior room or shelter NOW,” it added.

An extreme wind warning is in effect for Sebring FL, Avon Park FL, Arcadia FL until 9:30 PM EDT for extremely dangerous hurricane winds. Treat these imminent extreme winds as if a tornado was approaching and move immediately to an interior room or shelter NOW!. pic.twitter.com/LIH7UUc6fU

Here's some of the highest wind gusts we've seen so far. Remember, the event is still ongoing. Hurricane -Force winds continue to be reported. For an additional sampling, see: https://t.co/Q4AtNl80SN#FLwx pic.twitter.com/OjI8A9GkPA

Updated 7:00 p.m. EST — President Joe Biden made separate calls to the mayors of Fort Myers, Cape Coral and Sarasota, Fla. and the Chair of Charlotte County, Fla., “to let them know their communities have the full force of the Federal government behind them as Hurricane Ian makes landfall in Florida,” according to the White House.

Additionally, Virginia Gov. Glenn Youngkin “declared a State of Emergency in advance of Hurricane Ian, which is expected to impact portions of Virginia starting on Friday, September 30, 2022,” said a statement from the governor’s office. A curfew is also in place for Charlotte Co., Fla.

At around 6 p.m., the National Hurricane Center released a livestream update about storm surge warnings along the Atlantic coastline, as well as people inland along the St. Johns River.

Updated 5:25 p.m. EST — The Collier County Sheriff's Office shared in a post that people are trapped in their homes by rising water.

The sheriff's office said in the post that there are reports of threatening medical emergencies in deep water and that first responders would prioritize them.

"Some are reporting water coming into their house but not life threatening. They will have to wait. Possibly until the water recedes," the sheriff's office said.

The office also shared that it would be transparent about what is happening.

"Here's some tough news you need to know. We aren't holding back: We are in call triage mode. We are getting a significant number of calls of people trapped by water in their homes," the sheriff's office said.

The 911 system in Lee County was also down, with calls being rerouted to the Collier County Sheriff, the statement reported.

Updated 5:10 p.m. EST — Target and Walmart announced that they would be temporarily closing stores at their locations that are in the immediate path of Hurricane Ian.

Target announced the temporary closures or hour changes for 70 of its locations, while Walmart also announced closures for numerous stores.

Stores saw residents rush to stock up on essentials and emergency supplies as hundreds decided to stay rather than evacuate the area.

Target is working to fast-track critical supplies to stores in the impacted areas later this week. In addition, Walmart shared it would be giving assistance pay to employees affected or displaced by the storm.

"Regarding the loss of power and reopening after the storm's passing, we've taken steps to give us the best opportunity to resume operations once it's safe to do so," Walmart said in a statement.

The Category 4 hurricane made landfall in Florida on Wednesday afternoon. As Ian approached the peninsula's west coast, the storm was moving at 155 mph but slowed to 150 mph.

Updated 4:45 p.m. EST — Hurricane Ian is now tied as the strongest storm to make landfall on the western coast of the Florida Peninsula, according to meteorologists.

Ian and Hurricane Charley, which made landfall in 2004, both slammed the coast with 150 mph winds, wreaking havoc on Florida.

At 305 pm the eye of Hurricane Ian made landfall near Cayo Costa FL as a Category 4 hurricane with maximum sustained winds of 150 mph and a central pressure of 940 mb or 27.75" A station at Tarpin Point in Cape Coral FL reported sustained winds of 77 mph with a gust up to 118 mph pic.twitter.com/mwqrjELS2S

The storm surge also has set records, with several areas throughout the peninsula seeing the highest water levels ever observed, according to meteorologist Brandon Miller.

Updated 4:35 p.m. EST — There are currently over 1 million people without power in Florida due to Hurricane Ian, according to Poweroutage.us.

The most affected area is Lee County, where Fort Myers and Cape Coral reside. There are more than 330,000 power outages in the area, representing more than 70% of utility customers.

The other two counties with major outages are Collier County, with 151,000 reports of outages, and Sarasota county, with 182,000 customers in the dark, the site said.

Updated 3:30 p.m. EST — Hurricane Ian has officially made landfall, according to the National Hurricane Center.

The Category 4 hurricane made landfall at 3:05 p.m. EST along the southwestern coast of Florida near Cayo Costa.

Winds are currently near 150 mph, and residents who decided to stay are taking to social media to share the storm surge and heavy rains that have taken over coastal cities.

Lori Olson, a Florida resident of Punta Gorda staying in Key West, shared that "Fort Myers Beach is destroyed." She also noted that her home is not expected to survive the storm when all is done.

"I just have a small manufactured home, but it's on a saltwater canal," Olson said. "That's why I bought it because of the gulf access. I have been told it will probably be gone when we return."

The storm has also wiped out power to most of the state. Florida Power & Light CEO Eric Silagy told CNN that they are facing a "catastrophic storm."

"Ian is going to be a life-changing event. This is a very powerful, catastrophic storm that is going to do significant damage," Silagy said.

Updated 12:45 p.m. — United Airlines has started closing down its operations on the Atlantic coast of Florida as the state braces for the arrival of Hurricane Ian.

Since Tuesday, there have been 345 United flights canceled, with outbound flights being moved to other airplanes in order to help fliers escape the path of destruction.

There have been 2,100 flights canceled altogether in the U.S. as of noon on Wednesday, according to Flight Aware. There have also been another 1,700 flights preventively canceled in the U.S. on Thursday.

Updated 12:35 p.m. EST — The mayors of Cape Coral and Sarasota gave updates on Hurricane Ian, saying that conditions in both cities are getting noticeably worse, with storm surges in the areas possibly getting catastrophic.

Cape Coral Mayor John Gunter shared with CNN that the storm surge could reach 16 to 18 feet in the city, saying it "would definitely be catastrophic for our area, and that is one of our major concerns." In total, the city is expecting 12 to 14 inches of rain.

"I was outside about 45 minutes ago and the winds have picked up, very high winds," Gunter said. "We know that it's going to continue to increase. We're well over tropical storm winds. It's raining extremely hard. So, the conditions are definitely getting worse."

In Sarasota, Mayor Erik Arroyo announced that the city would be withdrawing its police officers from the streets due to the hazardous conditions.

"We just made the decision just now to withdraw all of our police officers from the streets just because of the sustained wind pressure that we've been having," Arroyo said.

Those still in their homes are advised to follow Governor Ron DeSantis' warning and hunker down while the storm passes.

"It is too late to evacuate at this point," Arroyo said.

Gunter shared that plans are in place for when Hurricane Ian passes as officials continue to monitor the storm.

"So at this point, all we have is ourselves as a community, so take care of your neighbors. Because we're in this together. And we'll make it through," Arroyo said.

Updated 10:16 a.m. EST — The National Hurricane Center shared on Wednesday that Hurricane Ian had become "extremely dangerous," strengthening to a Category 4 storm as winds hit a maximum of 155 mph.

The storm is also bringing a chance of tornadoes, with several warnings and watches being issued throughout the state. Florida is bracing for the storm with mandatory evacuation orders on the state's west coast in the Tampa and Fort Myers areas.

The National Hurricane Center has expanded its hurricane warning to over 150 miles of the state's Gulf Coast.

Florida Power and Light also warned that residents could expect power outages throughout the state because of the storm.

Walt Disney World in Florida announced that its theme parks and water parks would be closed on Wednesday and Thursday due to the fast-approaching storm. The theme park shared the update on Twitter, saying it would "provide updates" while the storm progresses on whether or not the park would be closed for any days past Thursday.

The storm wreaked havoc on Cuba Tuesday. Ian left up to 16 inches of rain and mudslides, with flash flooding across parts of Cuba, according to the hurricane center. 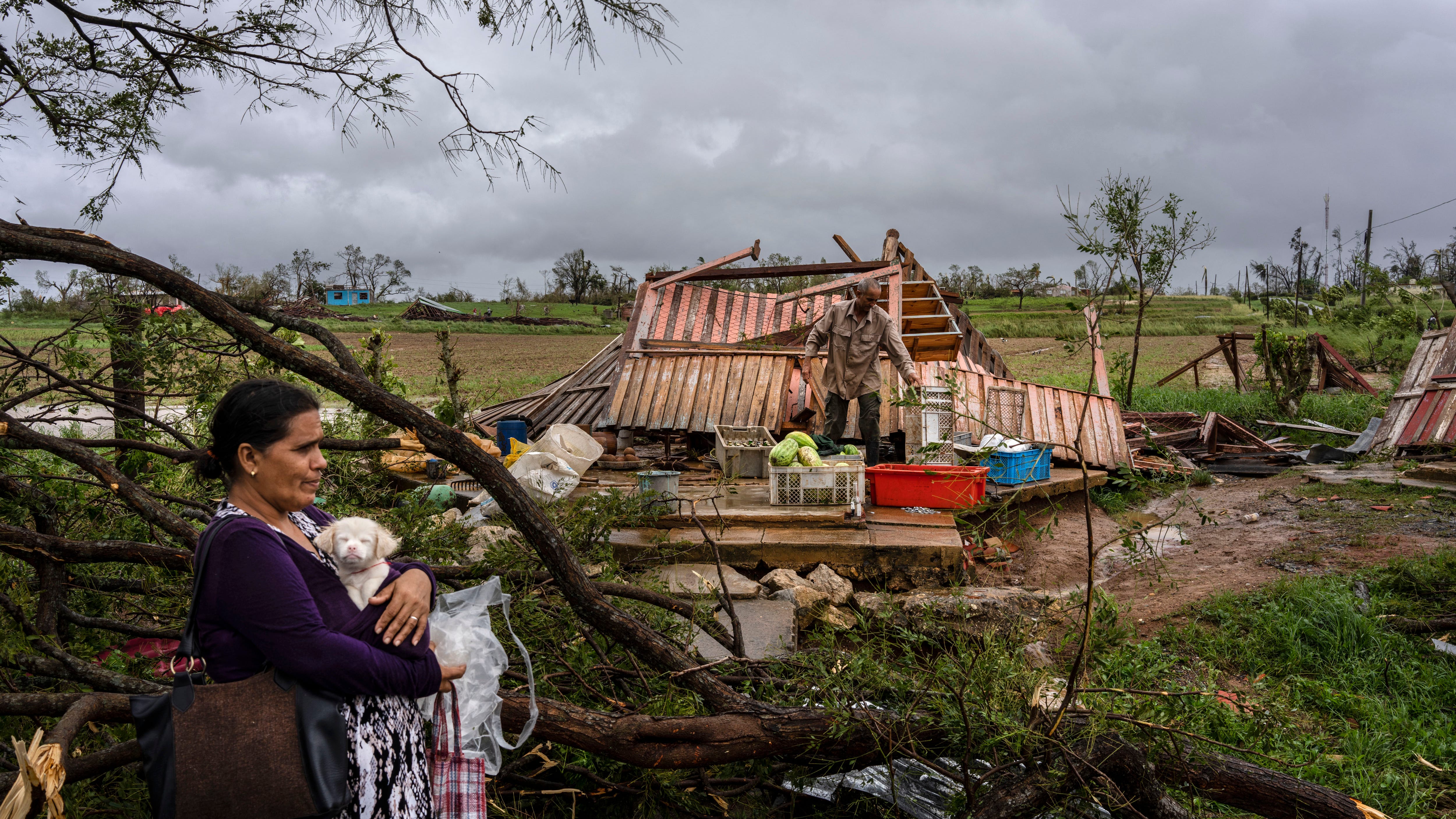 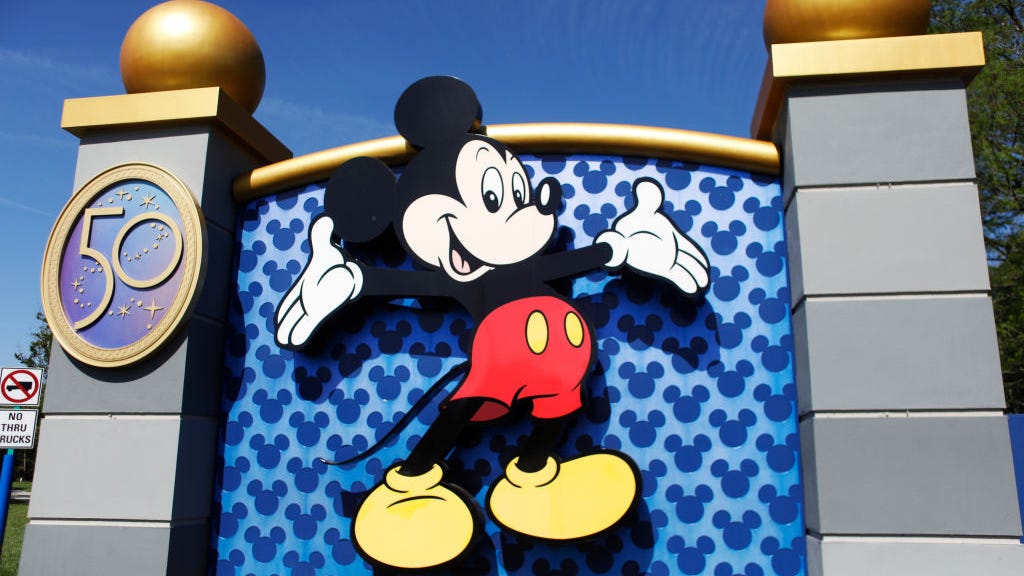