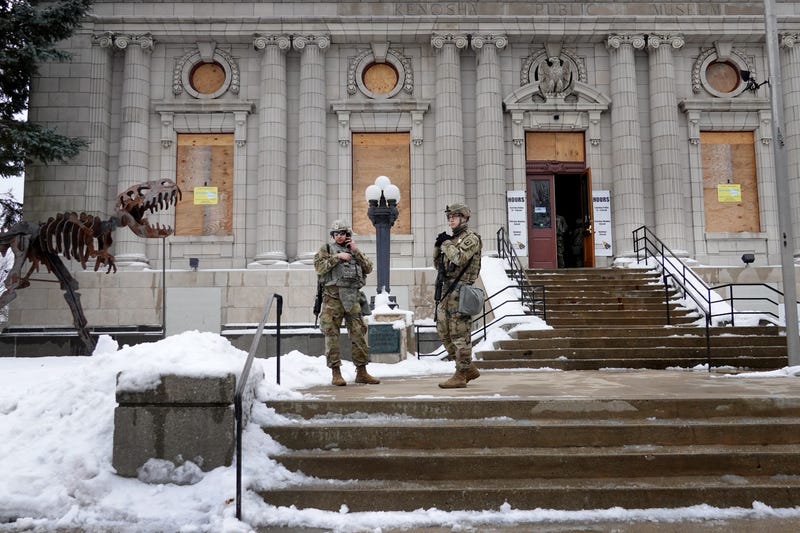 A white Kenosha, Wisconsin police officer will not be criminally charged in the Aug. 23 shooting of a Black man that occurred as authorities responded to a domestic disturbance call.

Police Officer Rusten Sheskey fired several rounds into Jacob Blake’s back after Blake had been Tased during an encounter with police.

Blake remains paralyzed from the waist down. Police have said Blake posed a danger to police, but activists say the shooting was an overreaction that merited criminal charges against the officer.

Kenosha County District Attorney Michael Graveley’s decision not to charge Sheskey and other officers at the scene came during a Tuesday afternoon news conference.

"It is our decision that no charge will be filed," Graveley said.

He said Blake would not face charges, either.

Blake’s racially charged shooting, in the wake of George Floyd’s killing by police in Minneapolis, sparked unrest and violence in the Wisconsin community and became a national focal point.

An Antioch teen armed with a rifle is accused of killing two protesters and wounding another on Aug. 25. Kyle Rittenhouse pleaded not guilty Tuesday.

Graveley and other officials were expected to take two hours to lay out the circumstances of the Blake shooting, which the prosecutor called a “tragedy.”