Thousands of people traveled hours from their homes during a global pandemic to heed President Donald Trump's call to come to Washington and make their voices heard on the election he lost to Joe Biden.

"A whole bunch of these people thought they were part of something bigger than themselves and thought they were doing the right thing and that's because rumors and lies travel a whole lot faster across social media than the truth," explained WCCO's chief cybersecurity expert Greg Scott. It takes time and effort to track down facts, but rumors are as easy to spread as a puddle on concrete.

Six people died because of a lie, Scott added, and figuring out how it happened -- so it can't happen again -- is the task at hand now. "We're in a cyber war," he said, and the most powerful weapon against it is the person you see in the mirror. If you can't confirm it's true, don't share it.

On the cybersecurity front, it turns out the programmers at Parler aren't that great, according to Scott, who says the social media group used by DC rioters had the kind of security lapses that makes investigating them simpler than it would be otherwise.

Over the weekend, Parler was removed from the Apple and Google app stores and Amazon’s cloud provider dropped it in the wake of the site being used by Trump supporters to incite violence. But users' posts live on.

Their api was so leaky that an archive of everything --including deleted posts -- was able to be exported so everything posted on it from the scene can be viewed over and over ... and over. "All that content is out there, it's in the public domain and there are researchers combing through it right now," Scott said. "We know who posted the content, what they were doing and where they were when the posted it." 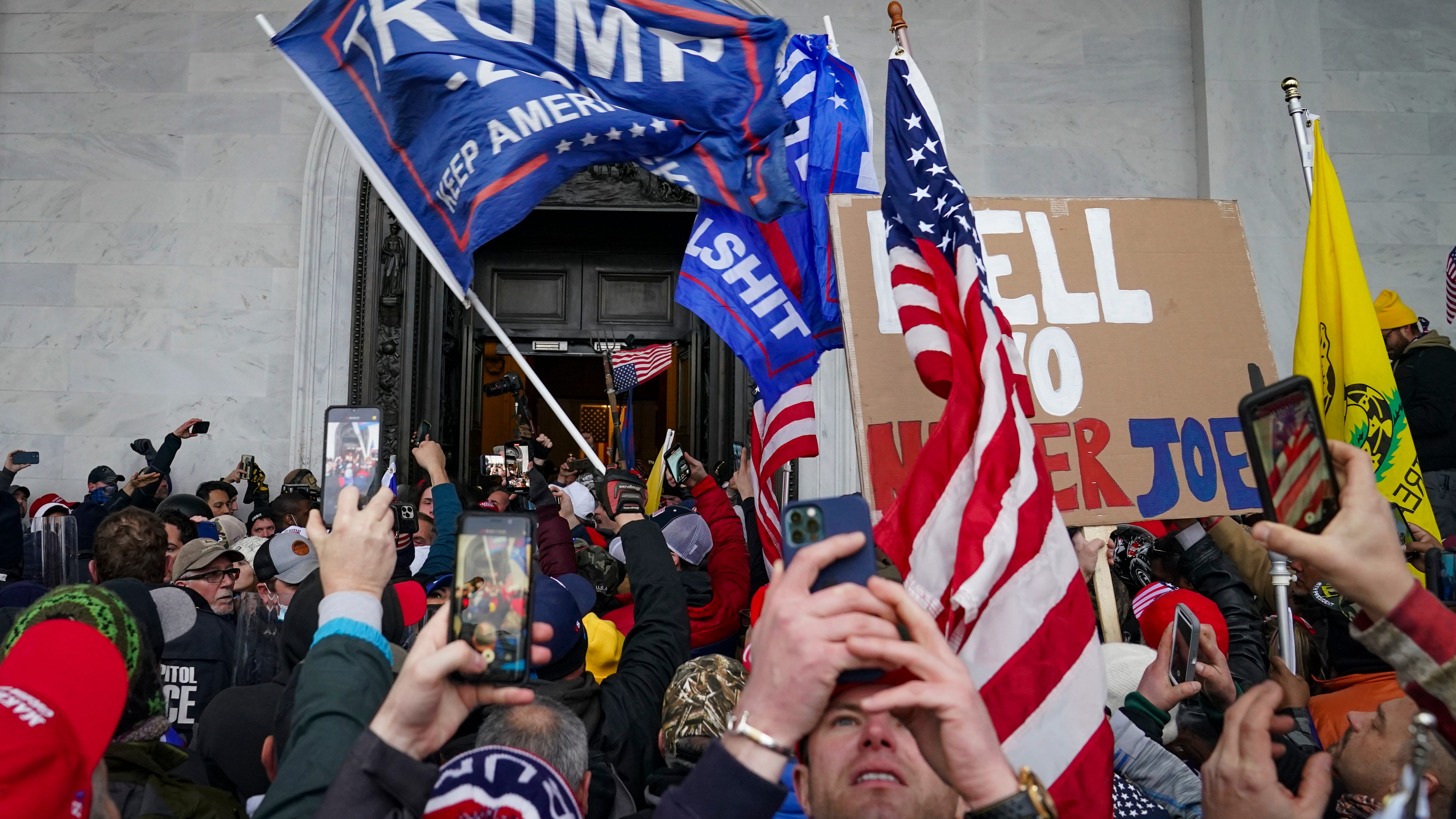 A Twitter user who posts under the handle @donk_enby posted that she’s working on a complete archive and The Washington Post reported another group called The Archive Team was documenting the effort.

Score one for the good guys.

In the days leading up to and following the Jan. 6 attack, Parler was filled with calls to violence.

“Sleep well tonight patriots. … You are going to love how this movie ends,” StormIsUponUs, a QAnon-espousing account with more than 450,000 followers, wrote on Parler. “‘Nothing can stop what’s coming’ wasn’t just a catch-phrase.”

As officials catch up with rioters who stormed the Capitol last week, leaving terror in their wake, are they using facial recognition to sift through all the possible perpetrators? "Of course, law enforcement uses technology, and I am really, really tempted to go into some of the law enforcement that I know first-hand," Scott said. He wouldn't spill except to say this: "Law enforcement can do stuff on a way, way, way bigger scale than we can."

He added that he hopes security experts learned from this episode, so that it doesn't happen again.